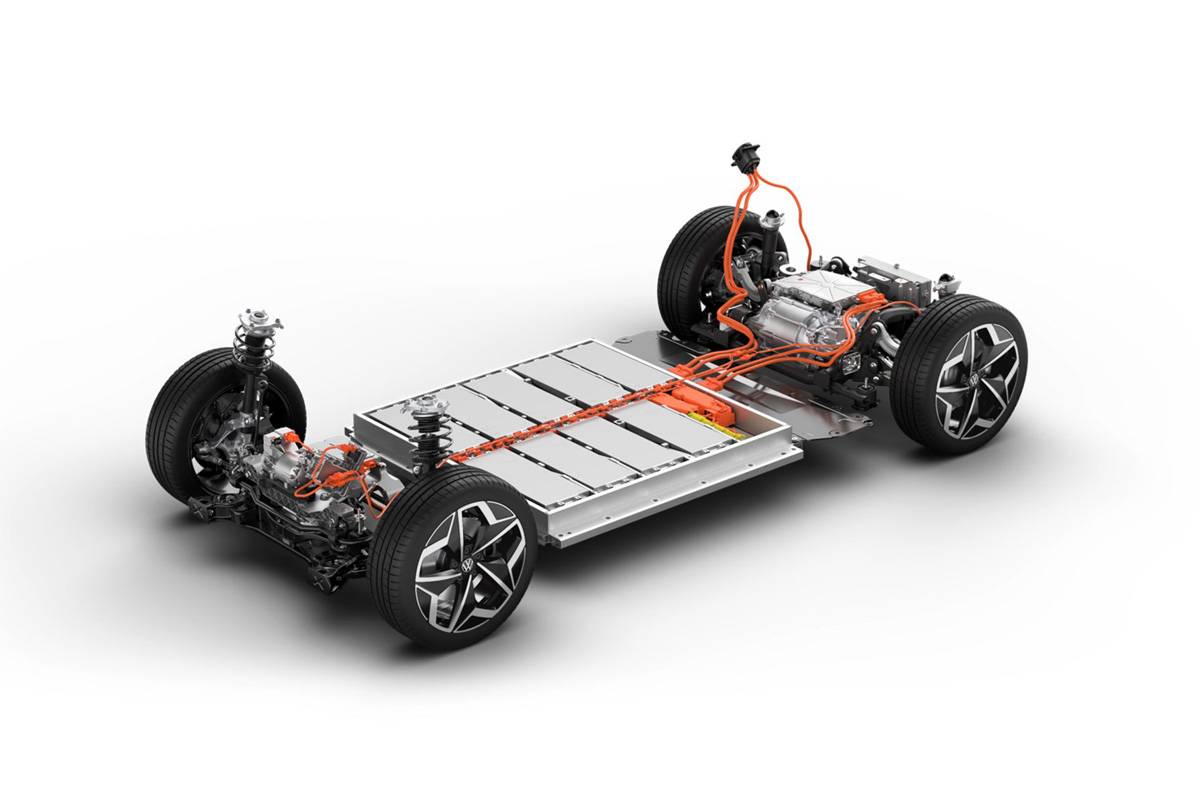 The growth of the EV Battery Market can be attributed to the increasing demand of electric vehicles, improvement in battery technology, supporting government policies and regulations, and launch of new plug-in EV models.

Countries such as China, Japan, India, South Korea, and Thailand are considered under Asia Pacific for market analysis. China is the largest contributor to the global market, accounting for a share of more than 95%. Chinese companies such as Panasonic, LG, Chem, Samsung, CATL, and BYD are dominating both the Chinese and global EV Battery Market. Chinese EV manufacturers, who have access to cheaper parts and components, are providing electric vehicles at lower prices.

The Chinese government has made significant investments to convert conventional public transport fleets into electric ones, which also drives the EV Battery Market. In 2019, BYD launched its K12A, the world’s first 27-m pure electric bus. With a passenger capacity of 250 people, it is the longest pure electric bus in the world and can travel at a maximum speed of 70 km/h. The K12A is also the world’s first electric bus equipped with a distributed 4WD system, which can smoothly switch between 2WD and 4WD to meet the demands of different terrains, while also lowering the vehicle’s overall energy consumption.

The Indian government has announced plans for financial support for EVs—a zero-rated goods and services tax (GST) and the Faster Adoption and Manufacturing of Hybrid and Electric Vehicles (FAME) scheme run by the Department of Heavy Industries to increase the adoption of electric vehicles. State authorities are rolling out contracts for electrifying the public transport fleet. For example, in 2018, BYD supplied 25 electric buses to the city of Pune and is expected to supply more in other cities.

South Korea and Japan started adopting electric vehicles in the last few years, with the introduction of hybrid vehicles. In October 2020, Toyota and Panasonic formed a joint venture to begin the production of batteries for hybrid vehicles at a facility in Japan. The Japanese manufacturer, Mitsubishi has announced to spend USD 9.6 million to boost production of electrolyte solution for lithium-ion batteries in 2021. The company will used this fund to upgrade equipment at plants in the U.S., the U.K. and China.

With advancements in battery technology and focused research, the presence of EVs in these countries has grown considerably.

Countries such as Germany, France, Spain, UK, Italy, Norway, Sweden, and Denmark are considered under Europe for market analysis. The presence of OEMs such as VDL Groep (Netherlands) and AB Volvo (Sweden) offers opportunities for the growth of the EV Battery Market in the region. The increasingly stringent regulations related to environmental issues are propelling market players to test and develop advanced vehicles, which will further boost the market for advanced battery technologies. For example, Brexit deal creates an opportunity for Nissan to expand the business operations at its Sunderland plant. In return, the Japanese OEMs is even investing in the UK and other European countries. Nissan is interested to build additional battery production capacity in Sunderland. In September 2020, Mercedes-Benz, a subsidiary of Daimler AG, introduced its new all-electric eCitaro G, optionally equipped with innovative solid-state batteries. In December 2019, Volvo Trucks, a subsidiary of AB Volvo, developed heavy-duty electric concept trucks for construction operations and regional distribution.

France is expected to be the fastest-growing market for EV batteries in the region. The initiatives undertaken by the French government to promote electric commercial vehicles and electrification of public transport fleets are driving the country’s EV Battery Market. The government in Germany is also focusing on increasing the use of electric vehicles.

Major battery manufactures have been expanding their networks in the European region that has allowed significant growth of EVs and batteries. For instance, in 2017, Samsung SDI has invested about USD 1.3 billion to expand its factory in Hungary. This allowed Samsung to start production in 2018 on the Hungary plant, which produced batteries for 50,000 EVs that year.

The laser bonding method is expected to lead the EV Battery Market during the forecast period. This method is mostly preferred due to its non-contact process that enables welding of dissimilar materials with high precision. Laser bonding is considered a reliable technology to connect battery cells and achieve fast production of battery pack conductive joints.