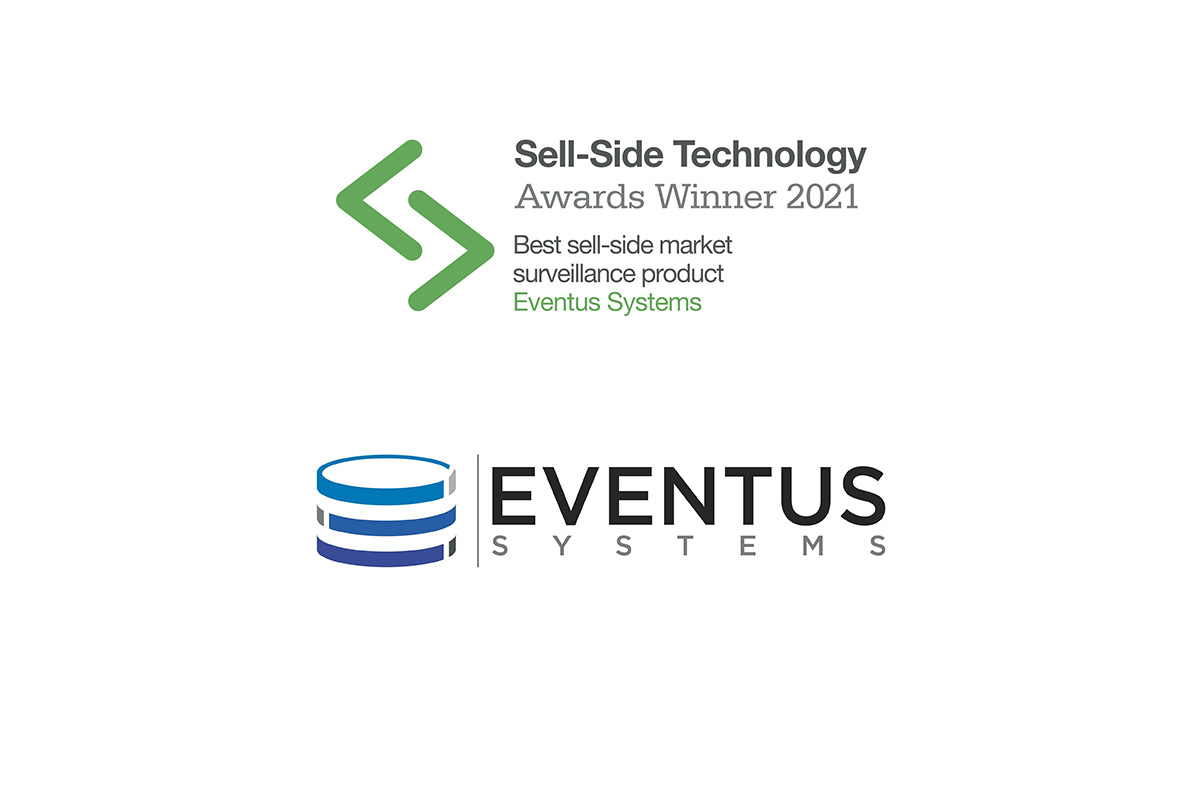 The 9th annual Sell-Side Technology Awards recognize the market-leading products and services designed to allow sell-side firms to operate more efficiently, transparently and judiciously, the winners of which are decided by a panel comprising WatersTechnology’s five editors.

“Eventus has had an extraordinary year, with its Validus platform coming to the fore in the trade surveillance market,” said Victor Anderson, global content director of WatersTechnology. “The platform provides the sell side with flexibility and customization functionality, while the large number of enhancements introduced to Validus during the course of 2020 offer new efficiencies, automation and other features that strengthen users’ trade surveillance and compliance programs.”

Eventus CEO Travis Schwab said: “It’s a tremendous honor to win this award in what has always been an incredibly competitive category among our peers. One of the driving forces behind the continuous improvements we make to Validus is the valuable input we receive from clients on problems they want to solve, new markets they want to enter and challenges they encounter from exchanges or regulators. I’m truly proud of our team that works closely with clients every day to solve real-world compliance problems and create measurable efficiencies.”

A new Automation Recipes tool in Validus gives clients the ability to automate a wide range of mundane, repetitive tasks, enabling managers to achieve substantial efficiencies while tracking relevant trends. For instance, Eventus staff worked with a large futures commission merchant’s compliance team on its efforts to manage cross-trade surveillance for global futures activity. Prior to the implementation of the automation tool, the team had to investigate and manually close out 5,000 cross-trade alerts per day, compared to only 20 per day after implementation – representing a 99.6% reduction.

In the past year, Eventus has also further cemented its position as a global leader in trade surveillance and anti-money laundering / transaction monitoring capabilities to digital asset market centers, playing a key role in helping institutional investors gain confidence in cryptocurrency markets globally.

Eventus won numerous awards last year, including the FOW International Award for Market Surveillance Solution of the Year (second consecutive year); the Markets Media Market Choice Award for Best in RegTech – Surveillance and Financial Risk Management; and the RegTech Insight Award for Best Trade Surveillance Solution for the Dodd-Frank Act (second consecutive year). The firm was also named to the global RegTech100 list for the third year running and in late 2020 secured a spot on the Chartis Energy50 2021 list, ranking the world’s major technology players in modern energy markets. In addition, Business Insider featured Eventus as one of its “Breakout B2B Fintech Stars,” and Financial Technologist magazine last month named the firm one of the Most Influential Financial Technology Companies.