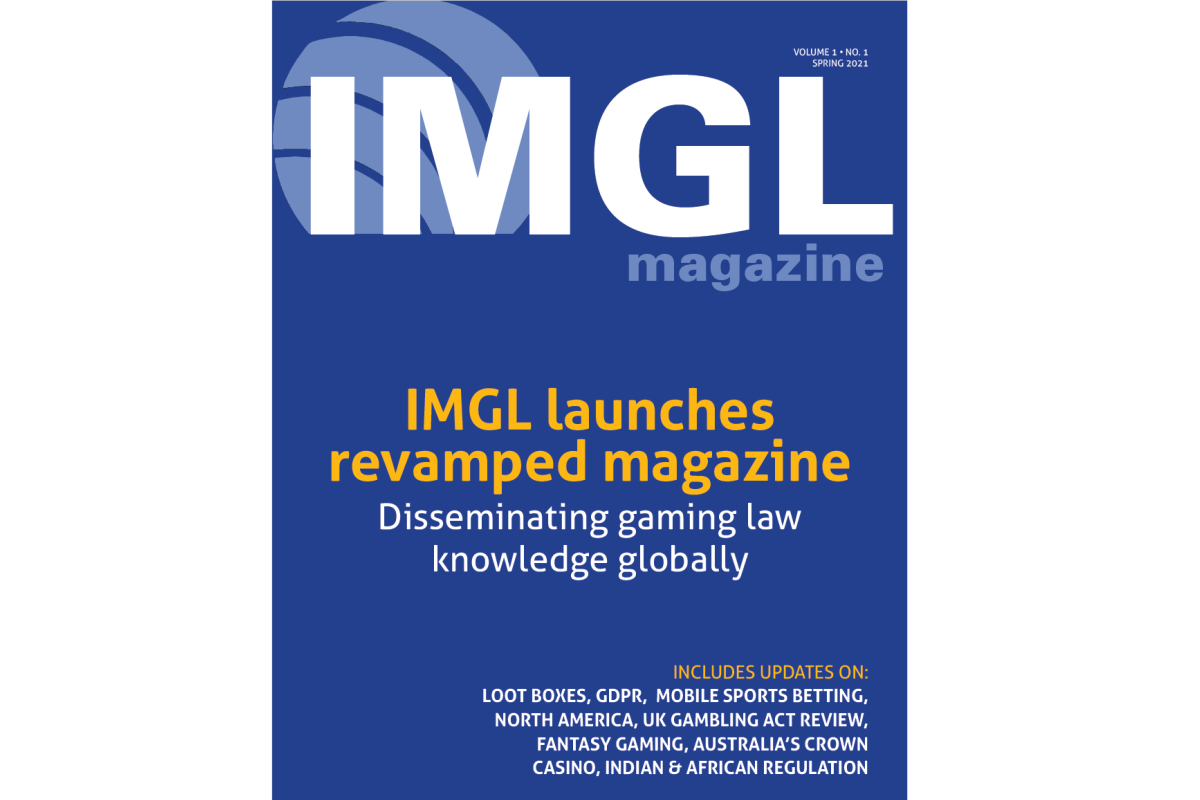 The first edition of the new IMGL Magazine brings together articles from expert authors spread across five continents. North America features three times in the magazine with a look at developments in New York State and Hawaii and the regulation of Loot Boxes in Canada. Europe is well covered with an update on the UK Gambling Act Review and an opinion from the European Gaming and Betting Association on post Brexit data flows in Europe. There is an exploration of Fantasy Sports in India, a route map for gaming regulation in Africa and an on-the-scene report on the New South Wales casino inquiry in Australia.

Speaking at the launch of his organisation’s new publication, IMGL President, Marc Ellinger said: The IMGL Magazine sits alongside IMGL Masterclasses, Regional Conferences, Semi- Annual Conferences, including virtual conferences to offer the broadest array of educational opportunities in the gaming sector. The IMGL has and will continue to address the most timely (and sometimes the most challenging) issues in the global gaming industry.

Editor in Chief, Simon Planzer said: “This first edition sets the standard for what will be a truly worldwide publication with global authorship and readership interested in gaming law. Gaming law issues, which arise in one jurisdiction, are often reminiscent of the discussions in another. In the IMGL Magazine, you will find high quality scholarly articles with equally high practical relevance from the four corners of the gaming world.”

IMGL Magazine will be a quarterly digital publication available to members and non-members through partnerships with Clarion Gaming, SBC Gaming and the National Counsel of Legislative Gaming States. The next edition will be published in Summer and is likely to include contributions such as on the regulation of crypto currency transactions in Malta, an analysis of the first few months of operation of the new French regulator “Authorité Nationale des Jeux” (ANJ) and on the passage of Canada’s new single-event sports betting legislation.