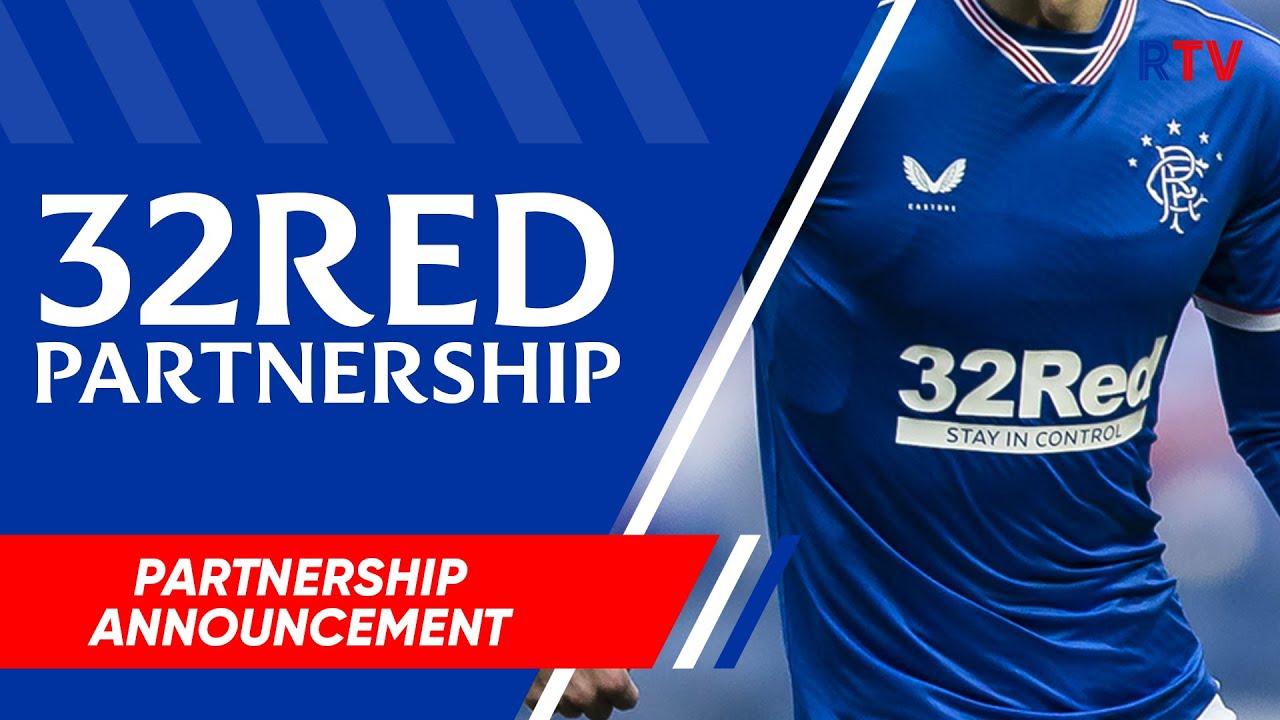 Kindred’s brand 32Red has today announced a multi-year extension of its partnership with Scottish Professional Football League, SPFL, Champions Rangers. The extension means that the partnership will be one of the longest running in British football. As part of the partnership 32Red also commits to continue supporting Team talk – a men’s mental health initiative.

Kindred Group, through its 32Red brand, has extended its support of SPFL Champions Rangers, a partnership that dates back to 2014. The new multi-year partnership is one of the longest running partnerships in British football. An important part of the partnership is the continuation of Team Talk, a men’s mental health initiative supported by 32Red.

Over the past years, Kindred Group’s UK brands have focused on an ambitious project to change the sponsorship model in sport, using the power of sport in general and football in particular, to achieve a positive impact on society. Team Talk is an example of an appreciated initiative that contributes to the community by using the local club and, from time to time, players and managers, as a mechanism to engage with men about their mental well-being.

“Rangers and 32Red have been on a long journey together and I am delighted that our winning partnership is continuing. I was particularly heartened to hear that the vital Team Talk initiative will be continuing as part of the new agreement. I recently took part in a really positive session and it is abundantly clear to me how much of a support network Team Talk provides to our fans. Today’s announcement is really positive news for everyone connected to the club”, says Rangers Manager Steven Gerrard. Gerrard joined a Team Talk session via video conference and was joined by 25 regular members, who explained how the meetings through Team Talks had helped then during the pandemic.

“We are thrilled to be continuing our longstanding partnership with SPFL Champions Rangers – it’s been quite a journey over the last decade and we’re proud to have played our part in that. It is a hugely exciting time to be involved with the club, as this current season has shown already. More widely, we remain committed to reinventing the sports sponsorship model, so that it benefits the wider community. That is why, as part of this extended agreement with the club we will be renewing our support for the vital men’s mental health initiative, Team Talk”, concludes Neil Banbury, UK General Manager, Kindred Group.