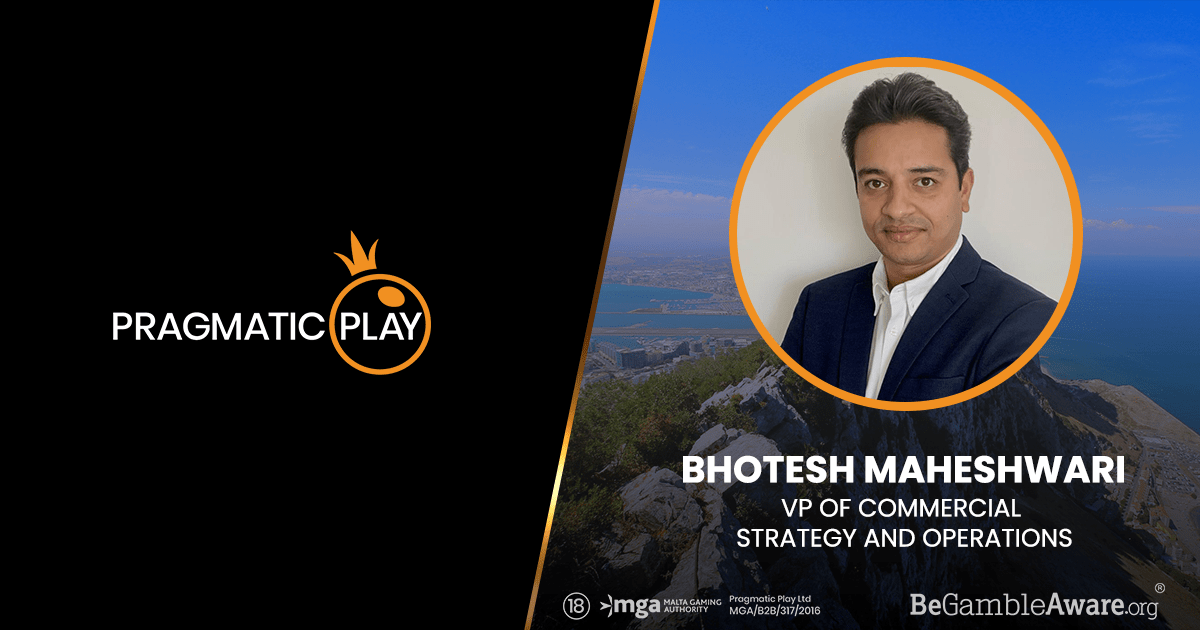 Pragmatic Play, a leading content provider to the gaming industry, has appointed former Rank Digital Head of Gaming Product, Bhotesh Maheshwari, as its new Vice President of Commercial Strategy and Operations as the company looks to further cement its position as a top tier supplier in regulated markets.

His core responsibilities will include overseeing commercial operations and building closer product partnerships with leading operators across Europe while expanding Pragmatic Play’s footprint in newly regulated territories across the globe.

The 39-year-old will also head Pragmatic Play’s Gibraltar office which serves UK, German, Spanish and Portuguese operators with a team of three executives working to achieve the supplier’s goals in the region.

Maheshwari has a long history in the gaming industry, working for both top tier operators and suppliers during his 15-year career. Since starting out as a retail manager for William Hill in 2006, he has worked closely with product teams to deliver gaming propositions customised for local player bases across UK, Europe, Latin America, and Asia.

Having spent eight years in a variety of commercial and product roles in the land-based gaming space for William Hill and Inspired Gaming, he moved to Betfair in an online gaming role supporting its arcade product and built an in-house gaming proposition and the innovative timed jackpot offering.

He eventually joined the Rank Group in Gibraltar in 2016 heading casino revenue and product development for online brands Grosvenorcasinos.com and Meccabingo.com.

Julian Jarvis, Chief Executive Officer at Pragmatic Play, said: “We are thrilled to have Bhotesh join us, and look forward to his impressive industry experience benefiting our growing team.

“The projects he has previously been involved with and the impact they have had on development in his previous roles bode very well for his future with us.”

Bhotesh Maheshwari added: “I look forward to working closely with the founders and management team at Pragmatic Play which has established itself as a leading multi-product provider in our industry in a very short time.

“We have hugely exciting expansion plans within regulated regions and new product verticals and it’s fantastic to be embarking on this next phase of growth for the company.”

Pragmatic Play currently produces up to five new slot titles a month, while also delivering Live Casino and Bingo games as part of its multi-product portfolio, available through one single API.