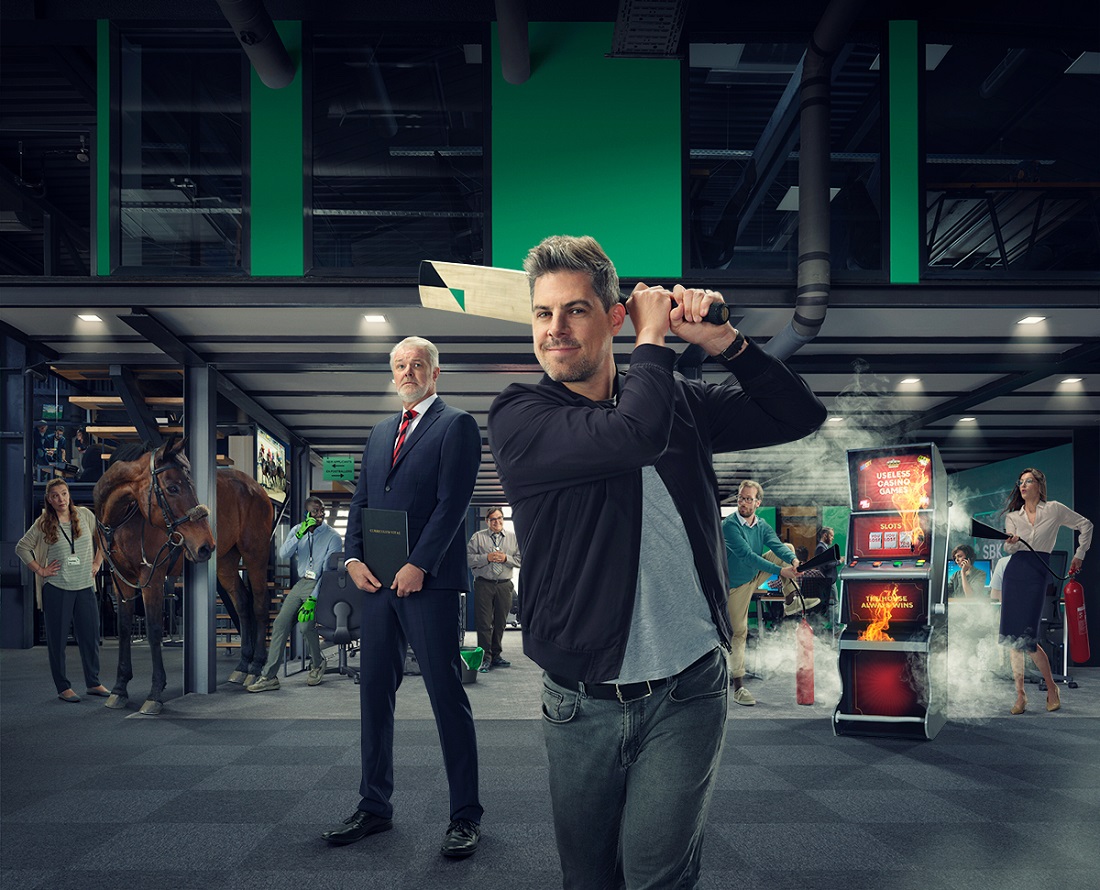 Due to the nature and content of the campaign’s main video, clearing organisation Clearcast would not give their approval for it to be shown on television, saying it would ‘bring advertising into disrepute’. However commuters at prime locations across London, including Waterloo and Euston stations, will be able to see a heavily edited version and use a QR code to watch the full 80-second video, which can also be viewed at getsbk. com.

Trost said: “The industry’s old guard has been giving unnecessarily bad odds to customers for so long. We launched SBK to provide our world-best pricing to the mainstream market in the familiar feel of a sportsbook. That’s what this campaign is all about: how our odds are better than the rest who make easy money on casino products and huge sportsbook margins, and we’re not afraid to call them out. I had a blast filming the ad. I hope people enjoy watching it as much as I did making it.”

‘The ad we weren’t allowed to make. But we made it anyway.’ is the backbone of SBK’s broader Rewriting The Sportsbook brand campaign, which will be activated throughout the months of August and September to capitalise on the start of the 2022/23 Premier League season. Smarkets launched SBK in 2019, and this campaign is comfortably the company’s biggest to date.

SBK put together a strong team of agency support for the project. It was created by Ken Robertson – the former Head of Mischief at Paddy Power – and his team at The Tenth Man, where he is now CEO, with the ad itself produced by Ponder and directed by Brian Durnin. Post production was done by Windmill Lane, and music composed by John Walsh at Symphonic, whilst the campaign was executed by The Specialist Works.