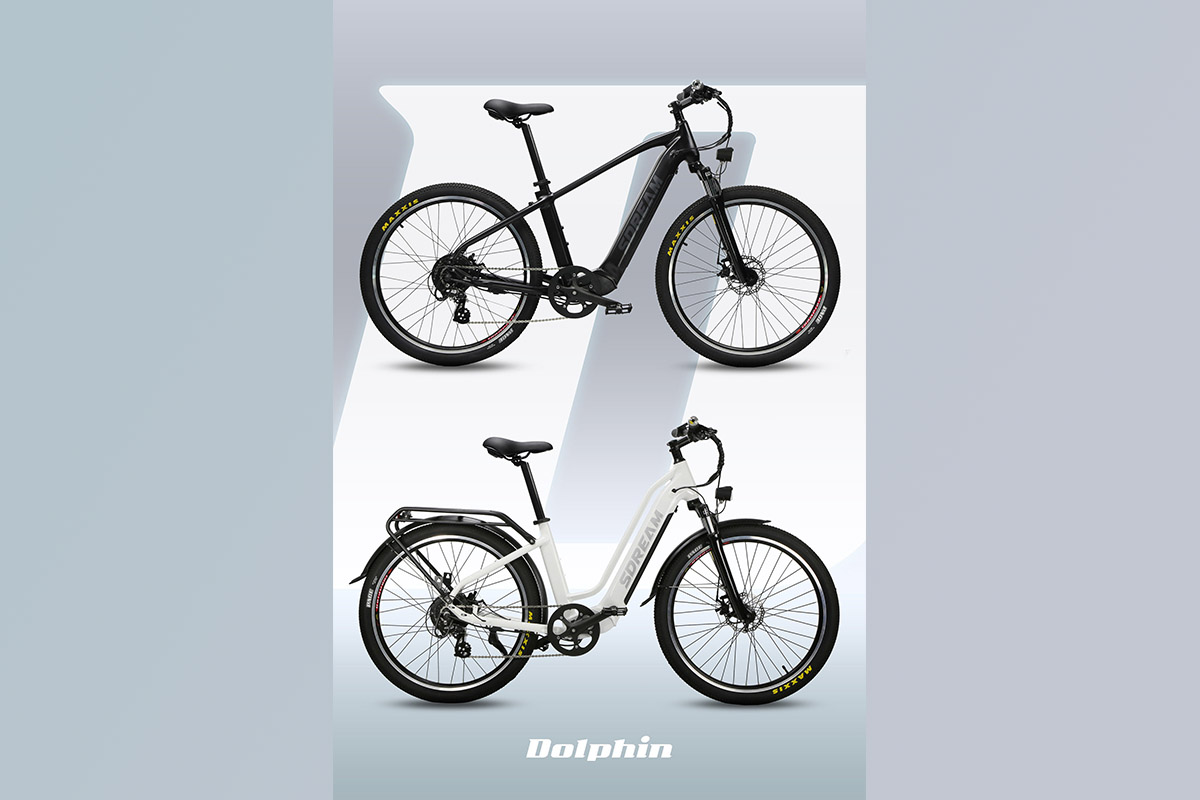 SDREAM BIKE debuts the new Dolphin e-bike series today at 10 a.m. EST on Indiegogo. Integrated with style, power and intelligence, it starts at only US$999 for super early birds. This e-bike’s going to be the new trend of the upcoming year of 2021.

Electric bikes have seen a huge spike in use on roads and sidewalks across the country in recent years, and since the Covid-19 pandemic, the move from relying less on public transit to more on public distancing measures has fueled that growth. Clearly the e-bike market is growing rapidly, but what’s the SDREAM Dolphin differentiates itself from other bikes on the market?

Shaped by the hydro-formed technology and finished by a gorgeous paint job, Dolphin is presented in a minimalist geometric style. The fully-integrated and removable battery is seamlessly mounted into its aluminum alloy downtube, making it simple to remove and easy to charge.

500W powerful motor and the responsive torque sensor enable riders to reach 20mph/32kmh (full electricity) with ease. 48V 14Ah lockable battery juices the bike efficiently while the range optimization algorithm preserves battery consumption in an utmost, allowing Dolphin to acquire the 62miles/100km range in a single charge. All cycling efforts will be displayed as visualized data on the advanced LCD display and six power-assisted modes can be simply switched through your fingertip.

Inspired and named after the smartest creature of the sea, Dolphin has the most significant feature – intelligence: the wireless anti-theft system monitors every temptation and harassment received and alarms the owner timely. Each Dolphin is embedded with a motion sensor and 400 yards two-way sirens, providing a carefree cycling experience by keeping unwanted guests out.

Besides, the SDREAM APP can do the self-diagnosis through the central controller just in seconds, allowing users to effectively identify possible electric issues and accurately report and debug. This configuration shows that SDREAM BIKE is pondering on optimizing their user experience and after-sale service to the next level.

The Dolphin series comes with two models: Crossover and Step-thru. Developed based on the MTB type, the Crossover was implanted by more vital sports genes. The Step-thru model with a low-step design is more friendly for ladies to hop on and off. Geared up by the bump-smoothing front shock, puncture-resistant tires, 7-speed Shimano transmission, and mechanical disc brakes, SDREAM Dolphin is engineered to make the most pleasurable ride possible, from the city streets to the open road.

Since 2017, SDREAM BIKE has launched and fulfilled two campaigns on Indiegogo and got thousands of user feedback. Now the latest generation SDREAM Dolphin e-bike is coming out to be a stylish option for virus-free public transport. Starting from US$999 (250W) and US$1199(500W), the super early bird is a relatively low threshold for owning an e-bike with reliable intelligence and high performances.