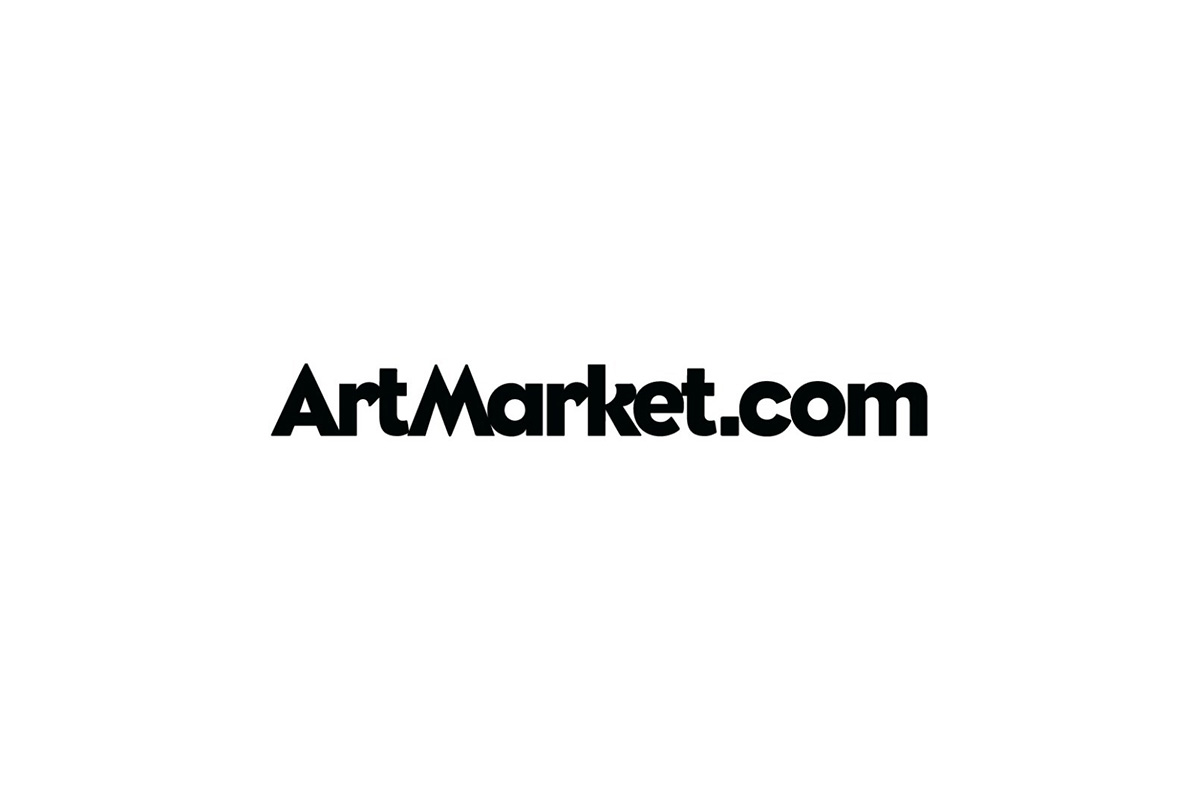 For 25 years now, Artprice by Artmarket – world leader in art market information – has been studying, analyzing and researching the structure of the art market from every possible angle. This work has engaged all of its human and technical resources, including its art history department, its databases, its econometricians and statisticians, its sociologists, and of course its economists, jurists and tax specialists.

According to thierry Ehrmann, founder and CEO of the group, ‘Over the past five years, Artprice by Artmarket has literally second guessed the impact of NFTs on the art market by adding blockchain to its core database business and digitizing its historical art market standardization work. Artprice is the sole author of these projects with IP protection of its source codes since 1999′.

For its innovative R&D and its creation of Artpriceblockchain.com, Artmarket was awarded the prestigious state label “Innovative Enterprise” by the BPI (French public investment bank) in 2015 and then again in 2018 (it is rarely awarded more than once).

Artmarket.com is now setting its sights even higher as it launches its NFT ® Marketplace with a realistic ambition to generate a future turnover of several tens of millions of euros, and possibly even hundreds of millions in the longer term.

This ambition is based on the logic and reasoning explained below, which, on the one hand involves a specific and unique approach to Blockchain and NFTs, and on the other, relies on a historical, sociological and economic analysis of the art market.

Specific and unique approach to Blockchain and NFTsIn the design of its DAO (Decentralized Autonomous Organization) Artmarket.com will produce ‘smart contracts’ registered on the Ethereum blockchain.

Today, Artmarket.com’s eco-responsibly designed DAO brings together the immutable and transparent rules governing the art market (one of the oldest market’s in the world) with total impartiality. Artprice has been scientifically codifying these rules for the last 25 years.

Artmarket.com’s DAO is transparent. It is de facto based on a supra-national framework and is the subject of contributions from the best historians, jurists, scientists and econometricians. These contributions have been collected over the past two decades to establish the company’s open data.

Artprice – world leader in art market information – has been the sole author of its databases for 25 years. Today, its databases are authoritative throughout the world and include the world’s largest documentary archive of notes, manuscripts and sales catalogs since 1700, which further guarantee the authenticity and historical legitimacy of its databases.

As a direct consequence of its reliability and its undisputed reputation in the art market, Artprice has the full capacity and is perfectly positioned to play the role of oracle (source of reliable information that allows the integration of variables from the real world into smart contracts) in Artmarket.com’s blockchain.

Artprice’s legitimacy as a blockchain oracle is based on its real-time collection of data from 6,300 auction houses around the world which automatically transfer their public auction results to Artprice.

Within Web 3.0 communities, an oracle can only be an oracle if it relies on a multitude of public sources, which is exactly what Artprice does with its 6,300 public sources.

As an oracle, Artprice will feed data from its databases. This data will include public auction results; historical, indexed and econometric data about artists and their works; detailed information concerning the traceability of works, etc.

As an oracle input, Artprice’s data will have the status of ‘recognized official market information’, and the activation or non-activation of ‘smart contracts’ will depend on the information provided by Artprice.

There is no doubt that Opensea and Rarible, to name but two, are among the NFT platforms that would immediately benefit from an industrial collaboration with Artmarket.com, the latter providing an indisputable, unavoidable and global art market reference going back a quarter of a century.

Artmarket.com will study each proposal, joint venture, capital participation, merger and/or acquisition and will give its approval if the proposals make good industrial sense and perpetuate its principal ethic: the promotion of art market information and transparency.

In view of the different legislation in force in France and, at a broader level, in Europe generally, Artmarket.com is looking into registering with the AMF as a Digital Assets Service Provider (DASP or PSAN in French) with a view to its forthcoming status as a FinTech company. At the same time, Artmarket.com will constantly monitor US and European legislation thereby allowing it and its American subsidiary to make the best choices as a future FinTech.

Historical, sociological and economic analysis of the art marketThe following synthesis by Artmarket.com is based on the study of thousands of articles and reports, and hundreds of interviews, meetings and conferences on the world of cryptology, cryptocurrencies, blockchain, NFTs and the metaverse.

Thanks largely to the greater transparency and the greater ease of access to information – to which Artprice has been the main contributor in the world for 25 years – it has been made possible to observe that the art market experienced an overall turnover growth of +2700% between 2000 and 2020.

The art market’s growth – initially specific to the West – is now happening on five continents of the globe. Lately it has been substantially driven by a veritable explosion of the media employed by artists and the arrival of young artists with astonishing auction debuts in what is clearly now an efficient market.

The principal question Artprice has been studying and following closely is the impact of NFTs on the art market. Each of its annual reports devotes a large chapter to NFTs, such as its latest Contemporary Art Market Annual Report published in October 2021: https://www.artprice.com/artprice-reports/the-contemporary-art-market-report-2021

At the Beginning of 2022, Artmarket.com will publish a comprehensive report on NFTs and their impact on the art market.

Using the experience of its various departments, Artprice compares NFTs with the market for multiples (lithographs, prints, serigraphs, etc.) in the 20th century.

It was traditionally believed that multiples weakened artists whose markets were already established. This belief was essentially based on a technical and scientific reality: it was not possible to control with absolute certainty the number and quality of prints/multiples in circulation. As a result, prints/multiples are often considered the poor cousins of the art market.

NFT artworks, because they represent a complete paradigm shift, challenge the whole traditional economy of the art market.Indeed, the NFT revolution, which undermines all the barriers inherent to the mores, customs and standards of the traditional art market, is now clearly approved by a broad consensus of users, collectors and creators, and notably, by whole communities of artists themselves.

Blockchain technology, via ‘smart contracts’, allows the issuance of ‘non fungible tokens’ with scientific certainty about their origin, their number and indeed about their every detail. This instantly affords confidence to the art market which, under these conditions, accepts the creation and circulation of multiples, which, in the past, might have weakened the artist’s market.

But, the NFT revolution doesn’t stop there. It is now based on digitally-certified issues that, thanks to blockchain, no-one can divert. For example, this allows a recognized artist (with an established price range) to issue a large number of NFTs forming a collection of digital works that become a sort of dialogue with his/her public. This interactivity will attract new collectors to the artist’s universe/metaverse. The artist will then be able to see his/her income and notoriety grow, without damaging his/her reputation and relationship with the art market’s key players.

According to our cross-checked calculations based on a large range of criteria and considerations, this radical transformation of the art market is likely to grow the population of art collectors from approximately 120 million today (with an average age of 54) to more than 900 million buyers of NFTs (and who knows what other artistic formats…) with a much younger and much more varied sociological profile.

Put simply, there exists today a whole generation of humans that has always lived with digital technology and completely understands that art NFTs are a sought-after, rare and speculative product surrounded by hype and considered avant-garde, and affording a degree of digital social recognition… and neither the hip factor, nor the modishness, nor the speculative aspect are a problem for this generation.

In addition, in 2021, digital media are absolutely everywhere: smartphones, smartTVs, tablets and computers, number in the billions. These high definition screens, now with very low power consumption due to MicroLEDs with deflationary prices, are increasingly prevalent in our daily lives, both in the private, and professional spheres, and in public spaces like airports and shopping centers, etc..

NFT Art has been conceptualized to penetrate into everyone’s daily lives, in an ‘ultra-democratization’ of art, without loss of rarity and quality. The revenues generated by this historic change are already spectacular, as we saw with the result of Beeple,alias Mike Winkelmann, ($69.3 million) at Christie’s, already rivaling historical auction records for physical works. These results are playing a spearhead role for this new world.

In addition, the new buyers of NFTs can engage in a form of double speculation: on the one hand, there’s the artwork which is a thousand times easier to sell (on an NFT platform) than the multiples of the last century; and on the other hand, there’s the fluctuation in the value of the cryptocurrency in which its value is denominated. This is a significant factor as it adds the possibility of economic gain to the pleasure of accessing art.

Through its expertise in the art market, Artprice by Artmarket has the ability to ‘bring out’ thousands of communities of artists (with known market prices) originating from recent trends like Street Art (whose visual works seems to have been born for NFTs) among others, or even more fringe trends like performance art, which has been always excluded from the mass market.

With Artmarket.com smart contracts, the artist or his/her beneficiaries and Artmarket.com will receive recurring income from the NFT artwork, from its primary issue to its various transactions on the secondary market.

What Artmarket.com brings to the NFT market is its guarantee as world leader in art market information along with its expertise, its extreme technological discipline and the strict terms in the metadata of its smart contracts, thereby creating the necessary conditions for the success of this new revolution in the art market.

The DNS artpricecoin.com, filed in December 2017 (along with all the corresponding names) illustrates Artprice by Artmarket’s early awareness of this paradigm shift to NFTs and cryptocurrencies.

As a global phenomenon, the advent of NFTs within a blockchain environment has parallels with the world of music. In its very early days, music was only available to those who went to listen to it. This changed with the technical capacity to record and reproduce sound on different media.

That technological advance democratized music, infinitely multiplying the listening possibilities. The number of musicians as well as the number of music enthusiasts literally exploded, generating colossal financial flows and profits within what is commonly called ‘the music industry’, which, at the end of 2021, had nearly one billion paying subscribers, thanks to digital technology.

With the arrival of NFTs, the paradigm shift in the art market is at least comparable. This change will take us towards a mass art market, but one that will always retain a certain elitist quality (like all cultural markets).

Through exchanges between Artprice by Artmarket and internationally renowned artists (and others) and/or their beneficiaries, we have become acutely aware of a strong demand to exploit the NFT medium in a carefully considered manner. And awareness of the potential of NFTs in the blockchain environment already appears to be very widespread.

For artists, past and present (768,000 artists are referenced and priced on Artprice by Artmarket), the NFT phenomenon represents a very powerful growth driver. Artists are the central core on which the whole art market is based and they will now apprehend the future of the art market, and their own futures, from a very positive angle within the Artmarket.com universe, which will progressively transform into a metaverse.