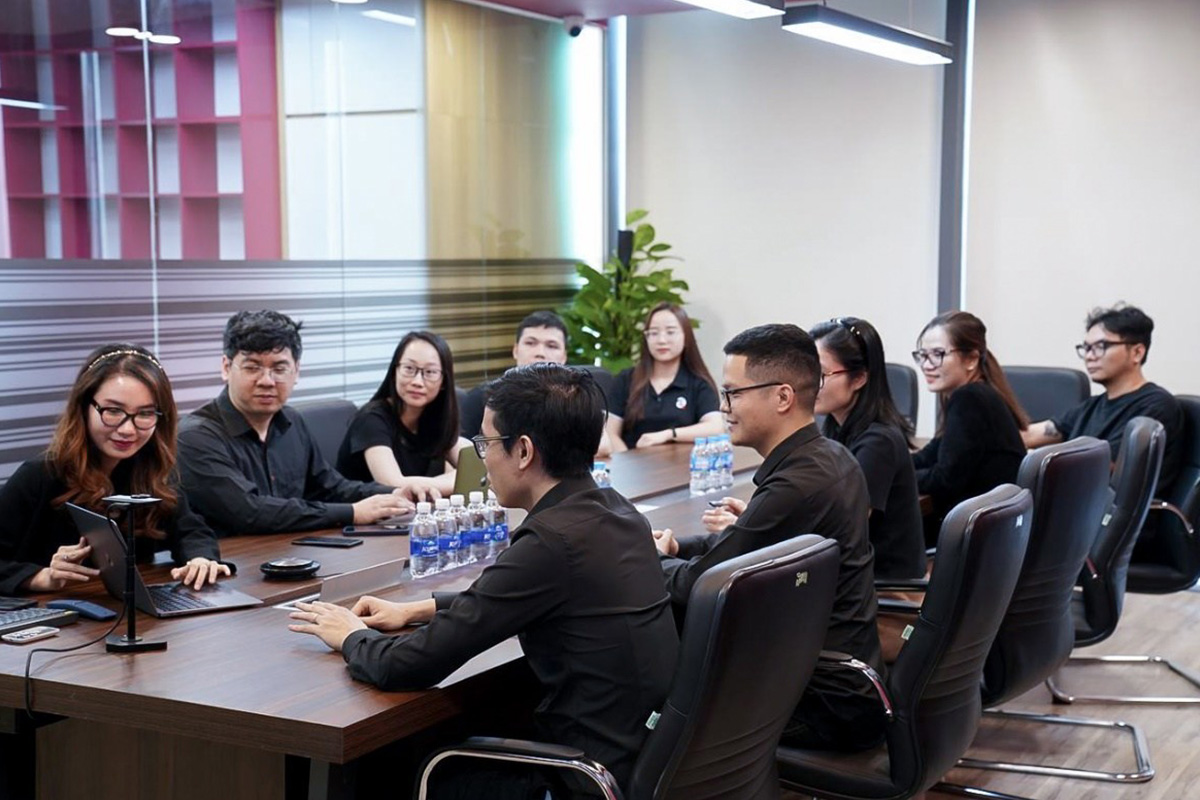 MetaGear, the first strategic cooperation product of OnePad and OneSoft, will be officially launched in January, 2022. MetaGear is a NFT & Metaverse-based Pixel combat game, focusing on quality, enhancing users’ experience, and bringing real value to the community; thereby, affirming the position of two leading blockchain solution providers and game developers in Southeast Asia.

1. The cooperation of the leading game studio and blockchain technology company in Southeast Asia

OnePad aspires to become a pioneer in the Southeast Asian blockchain industry. The company inherited the core resources from FPT AdTrue, a member of FPT Corporation that is strong in technology development and has a team of experts, advisors, engineers with many years of experience in blockchain. Not to mention, Onesoft is the leading mobile game publisher in Southeast Asia with more than 250 employees who are creative, skillful professionals. OneSoft’s products are all well-thought-out and sophisticated in terms of graphics and hardware, ensuring the best user experience. Notably, OneSoft’s In-app Monetization system (making money from items sold in the game) is well-built to optimize revenue which is shown through the success of many popular games with over 100 million downloads such as Space Shooter: Galaxy Attack, 1945 Air Force, Galaxy Attack: Alien Shooter, Jackal Squad, Zombie War, etc. This is OneSoft’s outstanding advantage compared to other game studios when entering the NFT field.

According to Ms. Suri Hoang, COO of OnePad: “Considering OnePad’s strong technology platform as well as proficient blockchain professionals and OneSoft’s veteran in-app purchase game development team, the joint product between the two companies is guaranteed to be a high-quality NFT game with a long-term strategic vision. We aspire to make MetaGear, the first game to mark the partnership of the two companies, into one of the world’s most popular NFT games, developed by Vietnamese talents in the future.”

2. Pixel Art is the main graphic

As the world’s game developers are running toward the smooth graphics trend, OnePad and Onesoft’s professional game artists decided to create their own path by choosing Pixel Art as the main graphic for MetaGear. Pixel Art brings about the fun and vivid element along with a mix of modernity and nostalgia, which is suitable for a simple and interesting Simulation game like MetaGear.

Players in the MetaGear ecosystem will play the role of inventors. They can create their own unique fighting machines, participate in “car fights” , defeat their rivals’ machines, and become the champion. More than just an entertaining game, MetaGear operates with the utmost accurate and safe security systems, ensuring the players to be able to PLAY & EARN with stability and flexibility.

3. Product quality is the core value

Mr. Doan Duc Nang, Co-Founder of OneSoft shared: “We always believe that: ‘Being a pioneer is an advantage, but maintaining quality is sustainable.‘ As a veteran game developer, we have an objective insight into the current NFT game market and realize that most projects only focus on the FOMO (Fear of Missing Out) phenomenon, which attract investors’ interests, but not improve product value and players’ experience. We have observed and evaluated many NFT game projects and received many offers to become their advisors. Therefore, we poured our hearts and souls into creating not just a game but real value to the community.”

As a leading game development team, OnePad and OneSoft develop MetaGear with the thought that quality is the highest priority. MetaGear can overcome the typical problems of most NFT game projects such as operability, gameplay quality, security, tokenomics in the game, and especially anti-hacking methods.

4. Metaverse – the next chapter of MetaGear

Beyond product quality, our development team commits to a long-term roadmap and the expansion of the MetaGear ecosystem in the future. OnePad & Onesoft desires to build Metaverse, a super virtual world for MetaGear, where players can interact with each other, buy, sell or rent real estates, garages, unleash their creativity with inventing supercars, join team competitions, virtual arena, and so on. Further to an unlimited open experience, players can participate in voting for the future development of Metaverse and MetaGear ecosystem serving the common benefits of the whole community.

Moreover, with OnePad’s extensive network of partners including many reputable agencies in the world, MetaGear will be the first blockchain strategic product for the Metaverse Ad Network ecosystem, marking a breakthrough in incorporating Metaverse and Ad Network.

In just a week, MetaGear has successfully completed the seed and private funding rounds, affirming the rise of a high quality NFT game that is worth the expectation and trust of investors.

Limited NFTs will be available for sale for the early birds, combined with Airdrop campaign this Christmas and MetaGear’s IDO will take place in January, 2022 on BSC platform.