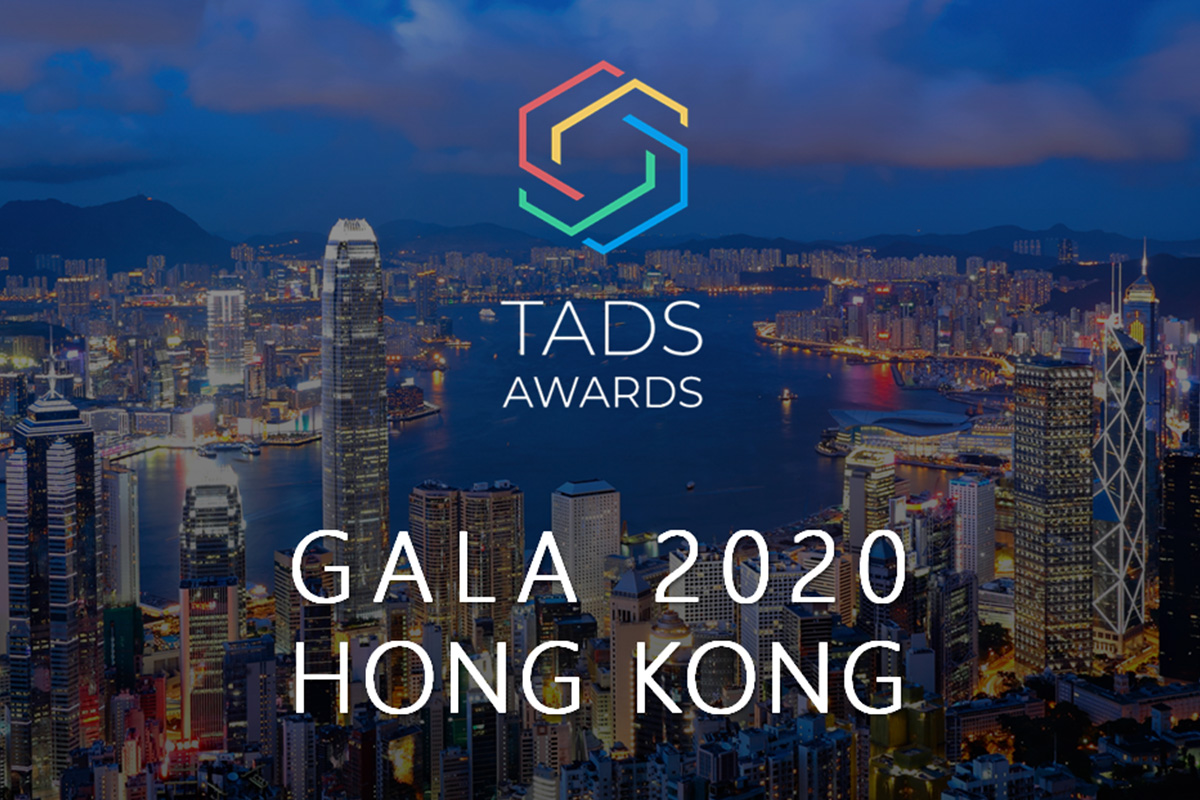 The World Economic Forum forecasts that by 2027, 10% of the world’s GDP will be tokenized – an estimated market capitalization of US$24 trillion. Tokenized Assets and Digitized Securities are the next big wave of the financial market, and projected to undergo exponential growth in the coming years. TADS Awards celebrates these industries by recognizing and honoring significant contributions and distinguished achievements worldwide. It nurtures the growth of TADS industries by jointly establishing “best practices” and setting “measuring standards” for high-quality tokenized assets and digitized securities through close collaboration with other industry leaders on the global market – https://tadsawards.org.

Dr David Chung Wai-keung, JP, the Under Secretary for Innovation and Technology of the Hong Kong Special Administrative Region, commented in his opening speech for TADS Awards, “This will make Hong Kong first in the world for hosting an international awards for Tokenized Assets Digital Securities space, with a long-term vision to make TADS Awards one of the pre-eminent awards in the industry. To facilitate growth in this sector, the soon to be announced ‘Hong Kong Smart City Blueprint 2.0’ will provide new financial technology measures and offer more market opportunities in the FinTech industry here in Hong Kong.”

“Congrats to the organizers and sponsors for the leadership in putting this together. TADS has tremendous potential to bring about greater efficiency in financial transactions, intermediation and capital raising,” said Mr. Wai-Lum Kwok, Senior Executive Director in Capital Market at Abu Dhabi Global Market (ADGM), during his keynote speech at the event. “At ADGM, we see ourselves as a catalyst for innovation, and will keep supporting the industry by developing calibrated, effective regulations that facilitate the growth and adoption of TADS.”

The ten (10) winners who were announced from two (2) categories of awards including : MaiBlocks, Wave-Financial, Onecycle, Yubi, and Libra Project for the “Best of Class TADS” award category and Credify Pte Ltd, Securitize, Ledger, GSX, Flovtec for the “Ecosystem Excellence” award category, respectively as below.

Samson Lee, Founder and CEO of Coinstreet, and Chairman of the Organizing Committee of TADS Awards commented, “On behalf of the TADS Awards, we would like to sincerely thank all the committees, business partners, global ambassadors, award nominees who participated in the 2020 TADS Awards. The award was a great success due to gracious support from everyone. We are looking forward to expanding our partnership and ecosystem around the world to develop TADS Awards into one of the most recognized and distinguished awards for the TADS industry.”

“We are seeing renewed interest in asset tokenization as regulations are starting to catch up to the innovation, and larger institutions have expressed interest to come into the market, which bodes well for the future of the TADS Awards,” said Juwan Lee, Founder and CEO of Nexchange Group, and Steering Committee of TADS Awards.

Peter Yan, Chief Executive Officer at Hong Kong Cyberport, and Steering Committee of TADS Awards added, “The mission of the TADS Awards very much aligns with Cyberport’s focus in facilitating industry development, especially in the areas of FinTech and Blockchain. Within our community, companies working on digital asset solutions make up more than one-tenth of our FinTech cluster amongst a growing variety of different sectors, and every day we see the sector become increasingly prevalent. We look forward to seeing winning solutions under TADS Awards take the industry to the next level and some of them joining our community in the future.”

“Digital assets are now enabling enhanced commercialization models across industries and geographies. This is how we see TADS Awards and its ideas. Let’s look forward to the ever-evolving and exciting technology updates and how it integrates in a secure and promising trading environment,” noted Peter Koo, APAC Leader, IT & Specialized Assurance at Deloitte and Steering Committee of TADS Awards.

“I have been working in the equity markets for some 40 years. For much of that time, precedent has been honored, and established structures and procedures followed. Now I feel a ‘wind of change’ is blowing through financial markets, a change that we should and must embrace. The TADS Awards recognise pacesetters in this breakthrough area which has the potential to disrupt, and enhance financial services in Hong Kong and worldwide, while promoting secure, low cost and transparent transactions,” said Mr. Martin Sabine, Chairman of Somerley Capital Holdings Limited and Steering Committee of TADS Awards.

“As we all move to digital platforms, STOs provide us with a more efficient and more flexible way of fundraising and investment structure on a global basis. TADS Awards bring together many good examples of STOs and can help promote the concept to a wider platform,” reflected Stephan Law, Managing Director of ANS Capital Limited and Steering Committee of TADS Awards.

“TADS Awards reflect the shape of the future economic landscape in our ability to empower and create a level-playing field for all the people in the underserved markets,” added Suresh K  Sharma, Entrepreneur-in-Residence at the Georgia Institute of Technology and Steering Committee of TADS Awards. “I was impressed by the quality of all participants at TADS and very excited to be a part of a journey creating a more robust innovation ecosystem that enables fractional ownership and exchange of digital assets globally.”

“Having TADS Awards is a great opportunity to step back and take a moment to recognize some of the outstanding innovators in both issuances and technologies in the tokenized assets and digital securities space. I think the awards have set a standard to strive for the industry participants in the coming years. It was a great honor to be a part of these awards,”said Chris Carlin, Asia Head of Alliances of Redistribution Solutions and Data Products at Morningstar, and Awards Committee of TADS Awards.

“I am very happy to encourage or advocate the use of blockchain technology in pursuing sustainable development goals. Token economy is surely a notable future displaying the perfect integration of financial & technological innovation. I hope to see advanced development in this area and witness the rise of ESG or impact tokens contributing to the green economy and becoming a catalyst for financing sustainable development goals,” said Eva Law, Chairman of Association of Asia Family Offices and Vetting Committee of TADS Awards.

“I sincerely hope all young entrepreneurs participating in the TADS Awards will be successful! Hearty congratulations to all the winners of TADS Awards! Keep up the good work!” commented by Mr. Chan Heng Fai, Executive Chairman of American Pacific Bancorp, and strategic sponsor of TADS Awards.