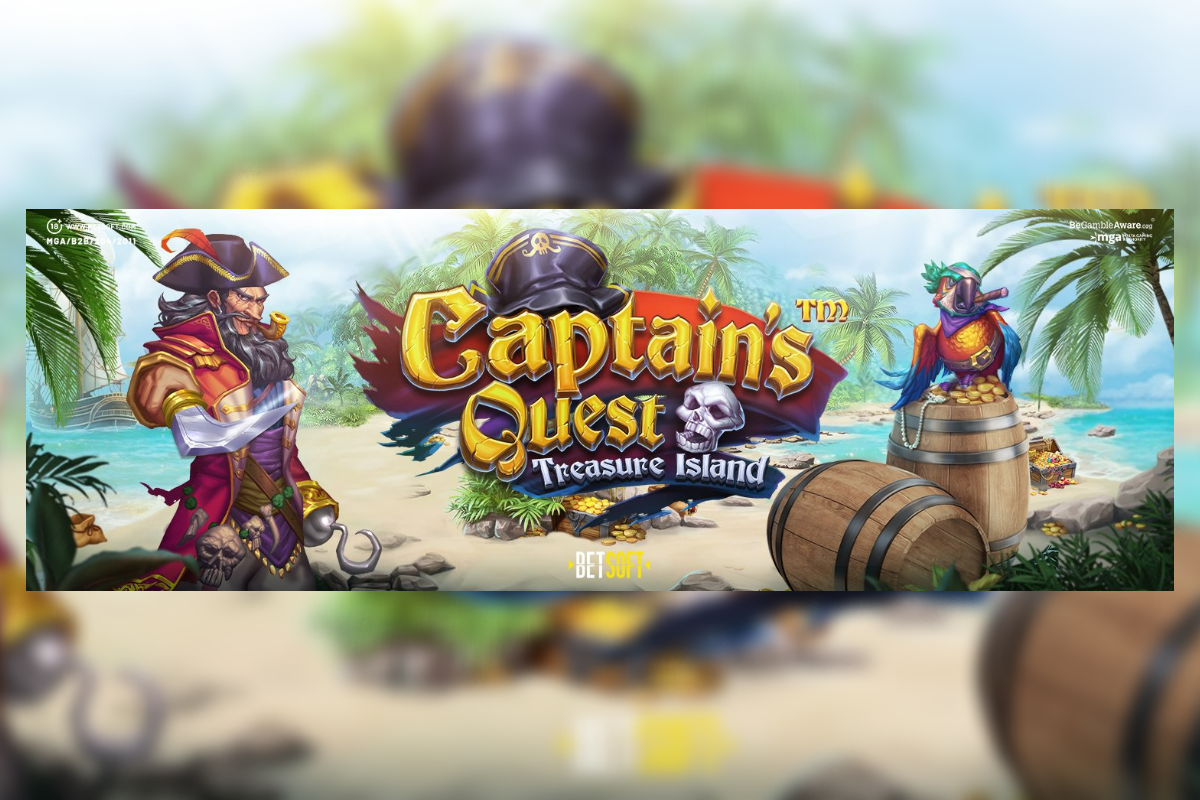 This casino game has a layout that consists of 5 reels and up to 10 paylines / ways. Captain’s Quest Treasure Island is featuring themes such as Buccaneers, Captain, Pirates, Sea, Treasures and even more.

The RTP (Return to Player) for Captain’s Quest Treasure Island slot is 96.28%. The highest possible payout for this slot is 25280x your total bet which is very high and gives you the chance to win really big wins.

Captain’s Quest Treasure Island is loaded with pirate imagery from the hook handed Captain Wild to the Grinning Skull, Pretty Polly Parrots, brimming treasure chests and the lower value coins. An atmospheric soundtrack and Betsoft’s legendary graphics ensure immersive, high volatility play in a wild pirate adventure like no other.

Let the First Mate take the wheel while you spin the reels in search of the stacked, Nudging Wild Captain who can make your fortune. When he appears on the screen, with a flourish of his cutlass or a stamp of his boot, he nudges the reels up or down so that he stands three symbols high and turns the entire reel WILD. The Wild reel substitutes for ALL symbols.

When three or more Wild reels occur, 10 FREE SPINS are awarded. Players are then transported from the ship’s deck across the cove to the fabulous treasure island where the Jolly Roger is hoisted and the treasure chests are overflowing.

“The very big win potential of 25,280.5x max bet, married to the amazingly detailed pirate theme, makes this a uniquely immersive slot from Betsoft. Captain’s Quest Treasure Island is designed to absorb players’ attention, much the way a great film does, by putting the player literally at the centre of the game. We are expecting a very positive response from our players to this new release,” Anastasia Bauer, Head of Account Management at Betsoft Gaming, said.