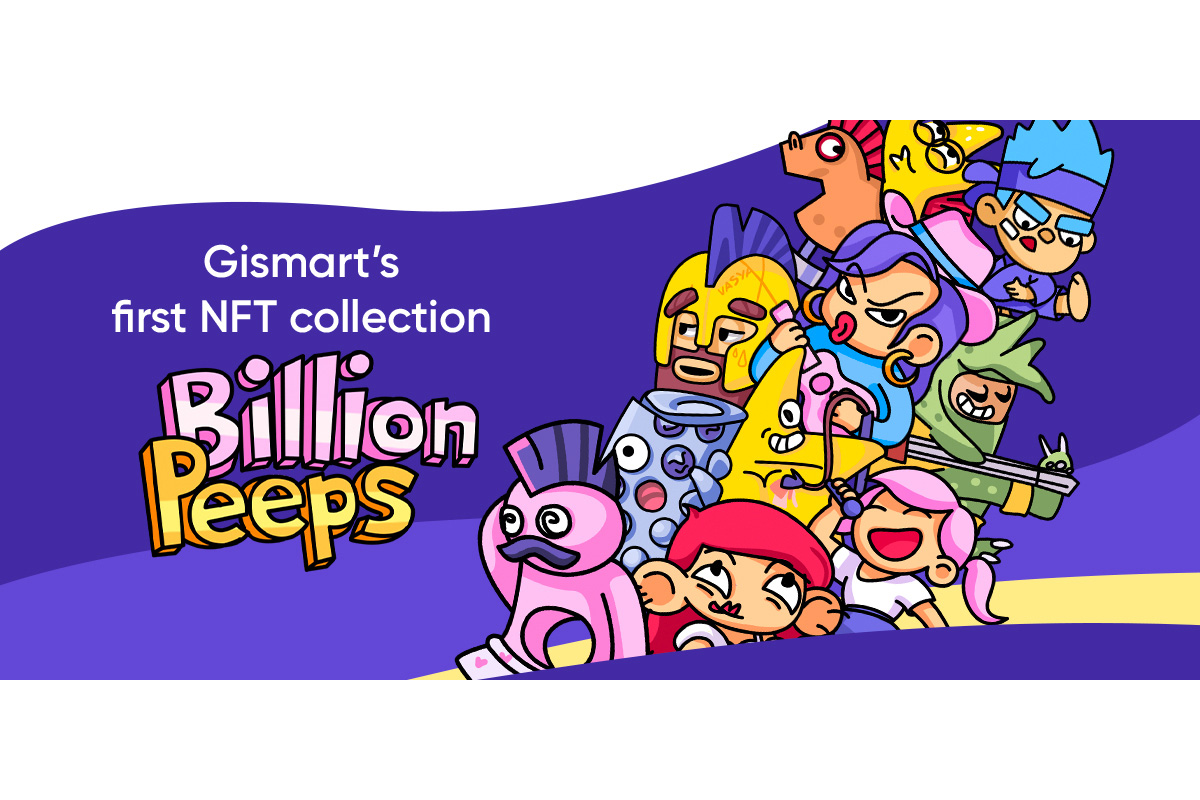 Gismart, the developer of mobile games and entertainment apps, has released BillionPeeps: an NFT collection dedicated to its recent milestone of one billion downloads. The company has been researching the blockchain gaming market for some time, making a decision to open a new internal division dedicated to blockchain games. The blockchain games unit is currently under formation with talent partially moved from the existing casual games team as well as new hires.

Gismart’s employees became the first owners of the BillionPeeps collection. 360 current employees of Gismart and Flime by Gismart (a casual games studio owned by Gismart) received one NFT each; distributed at random. All new employees will also receive one NFT from the collection on joining the company as a part of the company’s benefit package. The collection is limited to 10,000 NFTs. BillionPeeps is already available on leading NFT marketplace OpenSea, meaning gaming and NFT enthusiasts can get involved too.

The BillionPeeps collection will be featured in the company’s new project, which is  planned to be released next year. NFT owners will be among the first to participate in the in-game events and will have early-bird access to valuable in-game items. In addition, all holders of NFTs from the BillionPeeps collection will be able to participate in an annual lottery and other exclusive events.