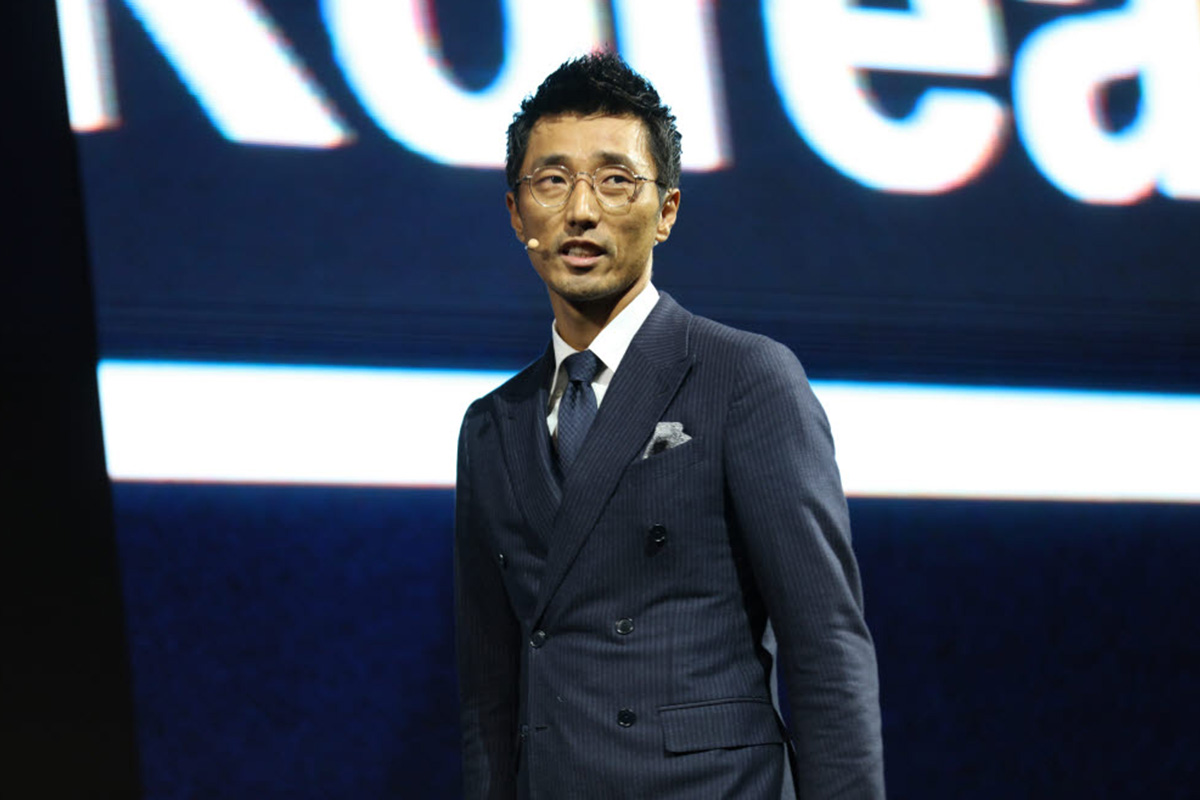 Blockchain has been seen as a technology that will lead the future for many years. However, only a very small number of blockchain services has actually been commercialized.

The Electronic Times met with CEO Kim Pan-jong of Medium and listened to his explanation about his company’s plan for future blockchain technology.

Q. What was the reason that made you start blockchain business?

A. Since coming to know about blockchain technology for the first time in 2015, I have been studying the market and the technology with passion. During the process, I have become confident about business value and potential growth of blockchain technology. Because I had a faith that there would be a time when blockchain’s technological nature and values’ impact on the entire field of ICT will be maximized, I jumped into the business without any hesitation. Just like how Gartner is estimating that the global blockchain market will be worth $3.1 trillion in 2030, I predict that blockchain technology will assist digital innovation and establish itself as a key element throughout different industries.

Q. What is the reason that you are focusing on processing speed and performance of blockchain?

Q. Please explain the reason why Medium is pushing for development of a blockchain hardware.

Q. What are some characteristics of Medium Distributed Ledger?

While the capacity of Hyperledger Fabric (HLF) that is used the most globally is currently at about 3,000 TPS (Transactions Per Second), the capacity of MDL is 15,000 TPS. Compared to HLF, MDL provides five times better performance. It is also perfectly compatible with HLF allowing easy transition for the current HLF customers and it also makes interaction with other mutual settlement systems easier. MDL is becoming more improved each day so that its customers can focus on their businesses without having to worry about performance of blockchain core technology. We are also trying to eliminate any inconvenience in installing or using MDL by emphasizing easy installation and use throughout the MDL development process so that engineers and professionals who have difficulties in adopting and using blockchain technology can easily adopt and use blockchain technology.

A. We recently signed a contract with Korea Minting and Security Printing Corporation (KOMSCO) regarding supplying our MDL blockchain solution and setting up a BMT (benchmark test) environment and had carried out necessary tasks. KOMSCO is currently participating in a blockchain-based project, which is led by many government agencies, and it also has a separate blockchain research department within its Information Technology Research Center to conduct various studies.

To set up a BMT environment for measuring performance of blockchain platforms including HLF, we had carried out a project that utilized our MDL solution and applied Hyperledger Caliper. We plan to continue to support KOMSCO with its studies on blockchain. We also supplied a MBPU (MEDIUM Blockchain Processing Unit) to Finger that is the overseeing agency of Korea Expressway Corporation’s mutual trust settlement system construction project that was carried out this year as part of Korea Internet & Security Agency’s research and development project. We are currently verifying technology regarding expandability and stability for rapid processing of transaction data in an overcrowded section of Hi-pass’s settlement data in order to prepare for a commercialization process after this pilot project is completed well. Once a PoC (Proof of Concept) is carried out well, we plan to continue our strategic partnership with Finger.

Q. What is the reason behind so many positive reviews of “MDL Test Lab” that was made public in August from global companies?

A. Wipro, Tata Consultancy Services, and Infosys, which are the three major IT service providers in India that is responsible for 55% of IT sourcing tasks in the world, participated in MDL Test Lab. Blockchain-based database (DB) management system company called Peersafe based in China and an American system integration and consulting company called Cognizant also participated in MDL Test Lab. Most of these companies are top-tier IT companies that have more than 100,000 executives and employees.

Through MDL Test Lab that was carried out for about two months, we were able to confirm once again that our unique blockchain technical skills are useful globally. Actually, we are currently in discussions with companies that participated in MDL Test Lab about specific businesses. We even received an inquiry from a company based in Europe. Although we cannot disclose its name, it is a Greek company that specializes in ICT for the financial sector in Greece and we are in constant communications with the company.

Q. Please give us detailed information about the company’s plan to expand its business towards software.

A. Our blockchain technology is able to provide performance that is far superior than that of HLF with just improvement in software. In order to have our customers adopt high-performance blockchain easily, we have introduced a business model that can be used as a form of software without a change in hardware. We expect that the model is able to greatly alleviate concerns such as cost and time that customers may face while adopting blockchain technology.

Q. Please explain any project or strategy that Medium is planning to create and vitalize its ecosystem.

A. The global blockchain market is still in an initial stage, and the blockchain market in South Korea is even more insignificant. According to a report from Software Policy & Research Institute, the entire revenue from the blockchain industry in 2019 was around $111 million (120 billion KRW). 87% of the revenue came from major companies, and these companies had an annual revenue of only $1.85 million (2 billion KRW) on average.

This report indicates that it is not easy to make revenue for startups in South Korea. Ultimately, startups need to target foreign markets, and we are one of the startups that are preparing a campaign to target the global blockchain market.

We have decided the code name of our campaign to be ARMY that is the same name as the fan club of BTS. ARMY played a major role in raising status of K-POP, which was seen as a nonmainstream music from a third-world country, in major markets in an instant by utilizing the YouTube platform. Now, ARMY is seen throughout the world. The goal of MDL ARMY Campaign is to create a group of global companies based on the MDL blockchain solution so that blockchain technology can be commercialized and grow globally after going through stages of PoC and verification.

Around 600 global companies are registered as part of our customer relationship management (CRM), and there are more than 2,000 contact points alone. Through the ARMY Campaign, we plan to supply the MDL solution to 1,000 customers by early 2021. We are able to provide technical support depending on requests from these companies, and the solution provided to the companies will develop into a subscribed model. We expect that this process will present a new standard to the distribution structure of global blockchain solutions that do not have a clear standard as of yet.

Q. How do you foresee blockchain industries in South Korea and other countries in long term?

A. Blockchain will bring an enormous amount of impact as its technological value becomes realized. Many companies are continuing their studies in order to apply blockchain technology to real life, and there needs to be a process of verifying blockchain’s technological values through various forms of reference. This process is same as how innovative technologies such as AI and IoT (Internet of Things) have been applied to our lives, and I believe that the process will be much faster than other innovative technologies.

Digital transformation that is taking place globally due to the COVID-19 pandemic is triggering the process, and digital innovation is taking place globally in both public and private sectors at a speed that has never been seen before. This will lead to formation of blockchain markets through minor and major practical activities by government groups and companies and it can quickly lead to formation of a market on a global level.

Actually, many different fields such as mutual settlement or DID (Decentralized ID), distribution supply chain management (SCM), and digital asset and blockchain game are accelerating adoption of blockchain technology. Although no one can guarantee which industrial field will be the first one to open the gate of blockchain technology, how ready industrial fields are prepared for this rapid innovation will determine whether they will be the leaders or the followers in the global blockchain market.

A. Our company plans to focus entirely on the ARMY Campaign. Every executives and employees are meeting with global customers online and are already working very hard in commercializing and improving the MDL blockchain solution so that they are pleased with our solution. Although there are time differences, our engineers and salespeople are working day and night in order to communicate with customers.