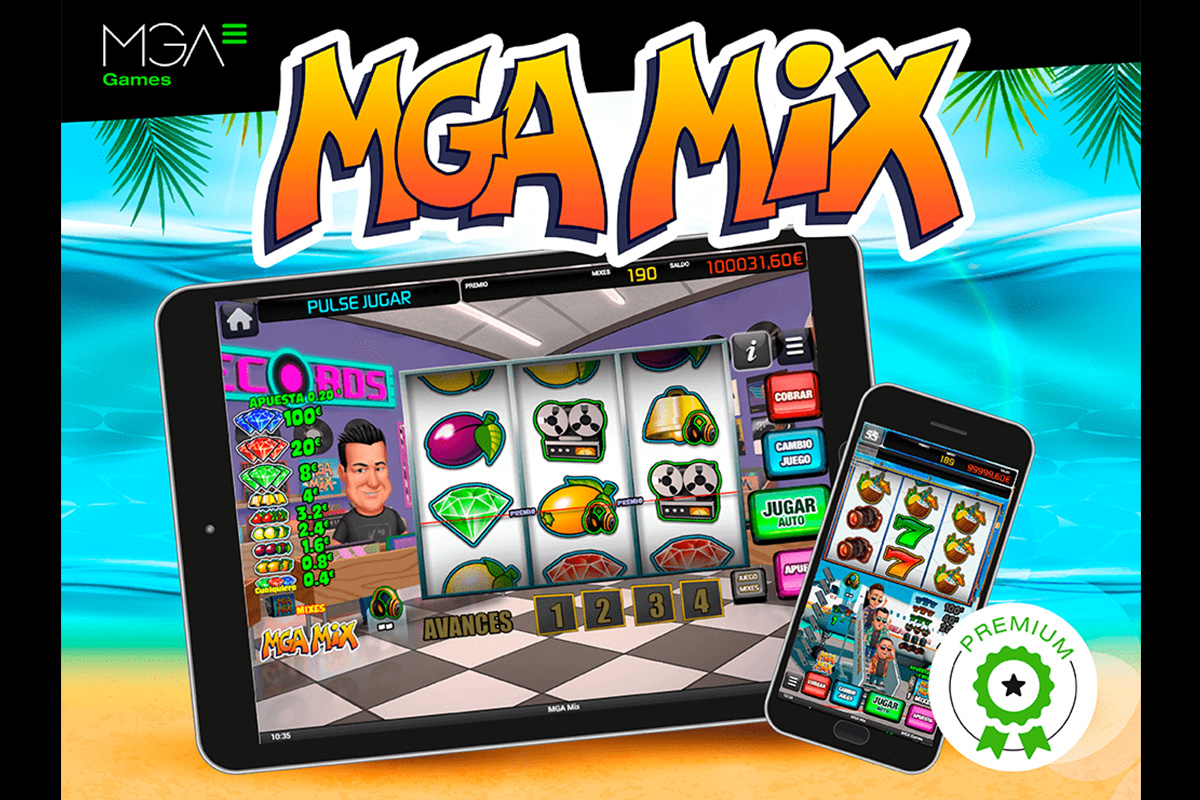 MGA Games has once again brought together their most explosive elements for a new winning formula. The company has just launched its latest production, MGA Mix, for casino operators in the Spanish market. The game boasts unrivalled musical quality and rhythm and is sure to be a hit amongst users.

The stars of the slot are the animated characters of Quique Tejada, Josep Maria Castells and Toni Peret, the DJs behind hits such as Max Mix and Bolero Mix. A few months ago they also starred in the successful slot Dream3Team from the Hyperrealism Series by MGA Games, which made the top 3 in the Spanish rankings.

Exclusively for MGA Games, the renowned DJs produced all the electronic music and samples that users will be tapping their feet along to throughout the game.

In the new 3×3 slot, players will be able to accumulate prizes and accompany the megamix titans on a journey through their musical careers in 5 mini-games. Users can play through all kinds of scenarios from the DJ’s careers, such as their work in recording studios, concerts in Ibiza, and other times spent in the limelight, all the while listening to the tracks of the MGA Mix.

This new MGA Games release also features an ever-popular bonus game, as well as 10 win lines in which the classic Spanish slot machine symbols are combined with original symbols of CDs, tape recorders and mixing tables.