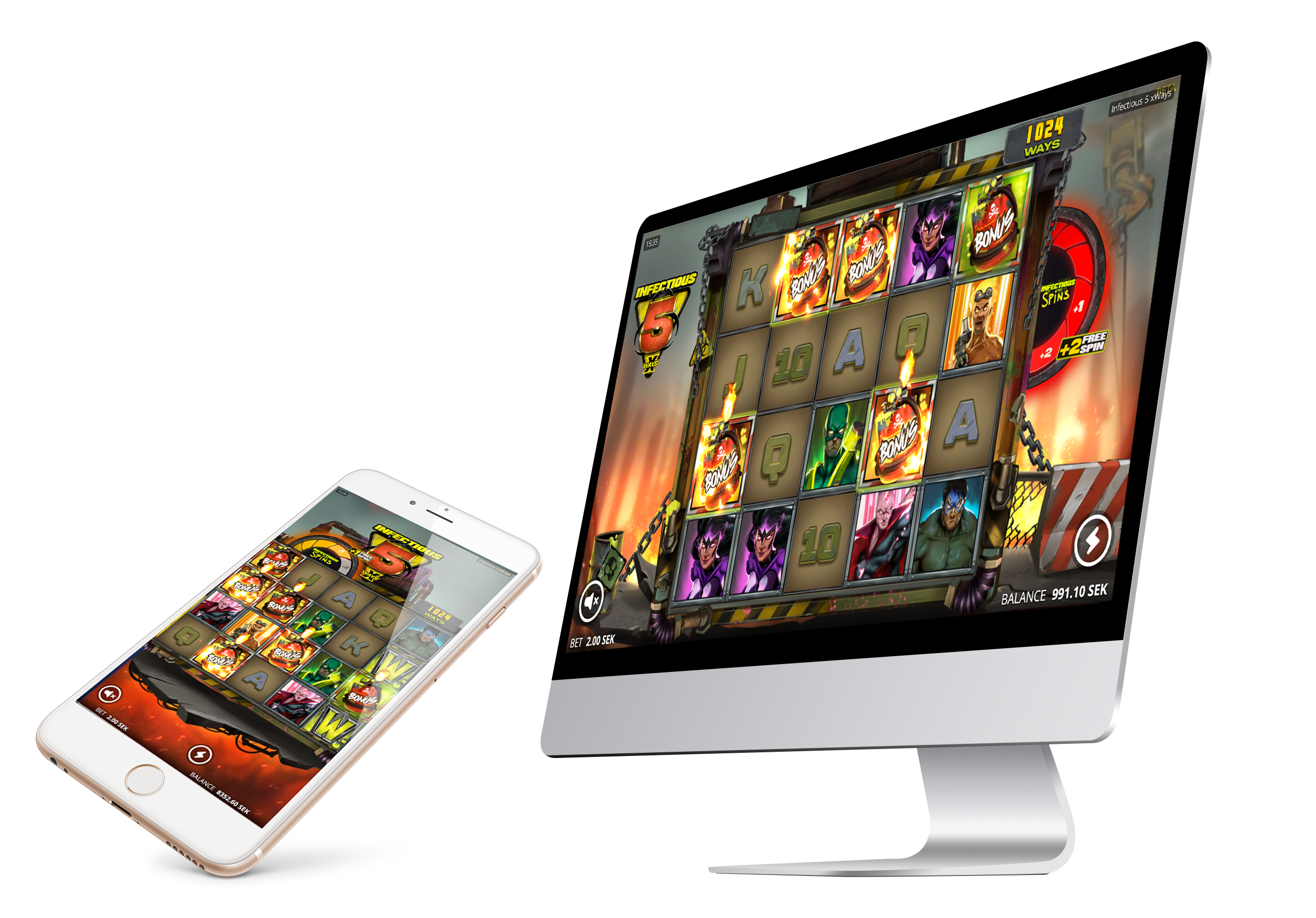 Strengthening their hold as one the most exciting studio of the year, the Malta based Software Provider gets ready to banish all evil doers thanks to their next epic adventure. The team who delivered some highly sought after titles like San Quentin xWays, El Paso Gunfight xNudge and high paced Fire in the Hole xBomb, is now ready to unveil their next release, Infectious 5 xWays.

A slot game that builds on more innovative mechanics brought forward by the team who keep challenging the notion of what a high-octane slot game can be. Having already introduced xWays, xNudge, xPays, xBombs, we now get to see an enhanced version of xWays thanks to the Infectious xWays, a mechanic introduced East coast vs West coast – the infecting of other symbols that link them all together to mutually expand and deliver high powered wins.

Infectious 5 xWays offers a 5×4 reel set area with a base 1024 ways to win, which can increase respectively with added xWays & Infectious xWays. Look out for the gang of caped crusaders who bring their own flare and wreak havoc by trying to fight back all wrongdoing and try keep their own sanity intact; meet Havoc, Mind Flayer, Torch, Misery & Toxicity. Collect 3 of more bonus symbols to unlock the dual wielding bonuses; Toxic Hazard & Lock N’ Load as well as their MAYHEM super bonus counterparts. Locked multiplier wilds, Premium symbols & Infectious xWays – all these combined can deliver the whopping 55,555x bet win potential.

Per Lindheimer, Product Owner at Nolimit City, said: “A classic superhero title isn’t really Nolimit City’s way of doing things, so we’ve taken inspiration from the classic quote “You either die a hero, or live long enough to become the villain” instead. The game is built around the Infectious xWays® mechanic, which makes it a very explosive game – so sharpen your knife and load up on ammo cause chaos is coming….”

Infectious 5 xWays will be available on all Nolimit City partners from June 1st, 2021.