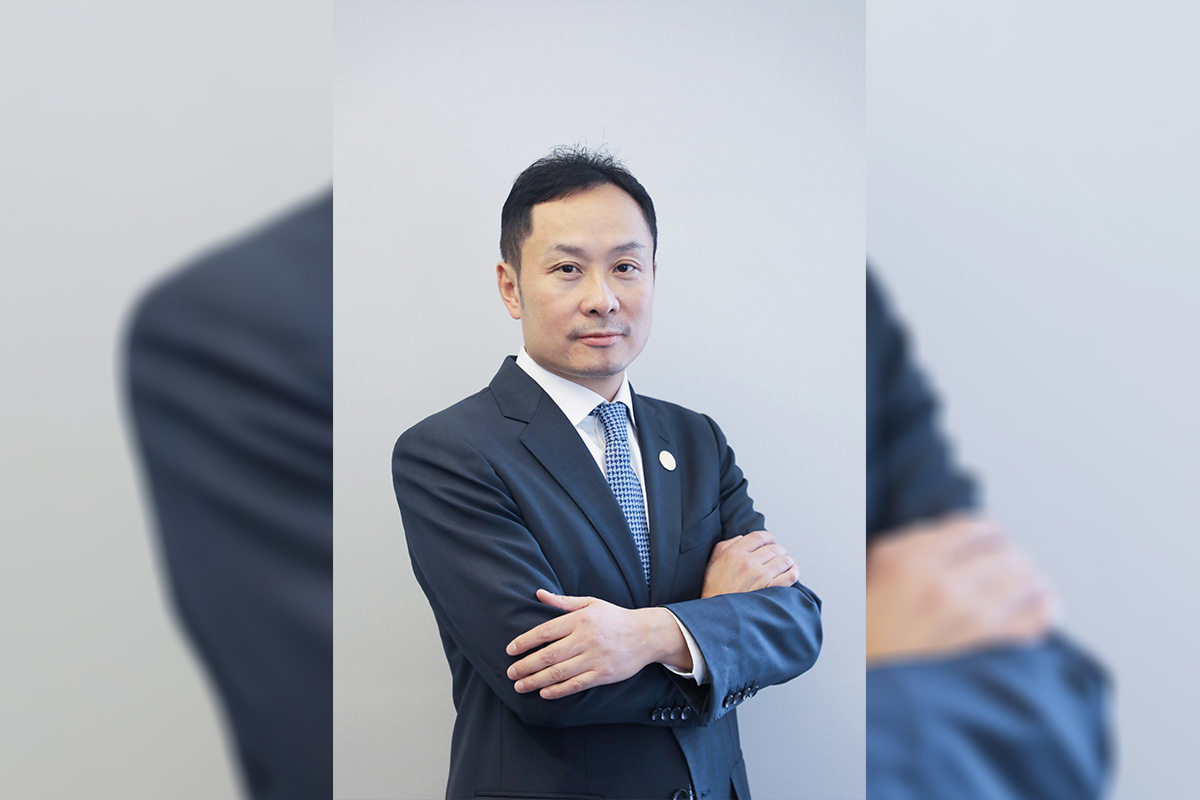 Mr. Huang Yong, Chairman of Ping An Asset Management, interviewed by various international and local media on the recent market issues regarding Ping An and HSBC. Below is a summary of the Q&As.

1. The recent change of HSBC’s CFO has attracted much attention in the market, with rising speculation about HSBC’s next CEO. What are Ping An’s views?

A: After HSBC publicly announced the change of CFO, we were also informed by HSBC of the situation. It is not appropriate for us to comment on HSBC’s management, but one thing is for sure, we believe that the criteria for evaluating the CEO of any company should be his or her ability to generate good performance and long-term value for shareholders on a sustainable basis.

2. Regarding generating good performance and long-term value, Ping An has publicly made a number of comments on HSBC’s operating performance, spin-off, etc. Can you talk about this in detail?

A: Recently, there has been some misunderstanding in the market regarding Ping An’s views on HSBC. We would like to take this opportunity to clarify that Ping An has never made any public comments on HSBC’s performance, spin-off or other topics. We have repeatedly reiterated that, as one of HSBC’s major shareholders, we are willing to study and support any proposals that are conducive to improving HSBC’s operating performance and enhancing the company’s value, and that are helpful to HSBC’s development strategies and business strategies.

3. Has Ping An communicated with HSBC’s management about HSBC’s development strategies and business tactics?

A: Ping An has had a deep relationship with HSBC for more than 20 years, and has maintained a good relationship. In 2002, HSBC became the largest shareholder of Ping An and gave us a lot of help. Especially in the early stage of Ping An’s development, HSBC provided us with advanced management experience including operations and risk control, and we are still grateful for them even now for the support that they provided in that period. Meanwhile, over the past decade, Ping An has also provided practical experience and support to HSBC in innovative areas such as fintech. In 2015, we invested in HSBC and became one of its major shareholders, because we had trusted in its century-old brand, and had expected that they be able to continue delivering sustainable performance, stable historical dividend policy, and robust growth strategy.

We have long maintained communication with HSBC’s management and some of its directors regarding HSBC’s development strategies and business tactics. Despite differences in views, both parties have maintained open, friendly and constructive communication at all levels. However, in recent years, as you have observed, the market has been rather disappointed with HSBC’s poor performance, dividends, market capitalization, etc.

4. In what ways is Ping An disappointed with HSBC’s performance, etc.?

A: Ping An has a fiduciary duty towards our own life insurance policyholders. As one of HSBC’s major shareholders, we are most concerned about HSBC’s performance, dividends and market capitalization. However, in recent years, HSBC’s performance on these indicators has been far below that of an equivalent peer group and far below the expectations of most shareholders. Particularly, there are 3 main issues in terms of performance:

1) HSBC’s RoTE has underperformed its peers. Over the past five years, HSBC’s RoTE only averaged 7.0%, which is far too low in absolute terms and also low relative to peers that also suffered from a low interest rate environment. Last year HSBC’s delivered a RoTE of just 8.3% which far below the 12.3% average RoTE delivered by an equivalent peer group, who on average generated 59% of their revenue from Asia which is similar to HSBC’s own Asia revenue contribution of 51%. We acknowledge that there is no perfect comparable for HSBC Group, so internally we created a synthetic peer by taking an average performance of 12 banks that in aggregate have a similar Asia revenue mix to HSBC Group’s own revenue mix, and compare HSBC’s RoTE and CIR performance to that average. We note that the static official peer group that HSBC uses in its remuneration reports only generated 22% of revenue from Asia in FY21, which we believe is not an appropriate comparison group.

2) HSBC’s market ranking lags behind its peers. Out of HSBC’s 8 separately reported territories in Asia, HSBC ranks Top 10 in lending in only 2 territories (1st in Hong Kong, 10th in Australia). In the other geographies, HSBC’s ranking hovers around 20th to 35th, and only ranks 58th in Chinese Mainland. As of 2021, HSBC’s loan market share in Chinese Mainland is 0.15%[1]. Given that Asia is HSBC’s most important business and profit contributor, we worry about their long-term sustainable competitiveness and scale in these markets.

3) HSBC’s operating performance lags behind its peers. Our post-investment team did a detailed benchmarking analysis of HSBC’s operational performance and found that HSBC Group ranked bottom quartile in 45% of key operating metrics and HSBC Asia ranked bottom two or worse in 56% of key operating metrics amongst peers in FY21. For example, we are worried that HSBC Asia revenues has been declining for the past two consecutive calendar years, when the rest of the market and key peers have been growing. HSBC’s cost-income ratio is also materially higher than peers at both HSBC Group and HSBC Asia level.

Over the past 2 quarters, we have started to see HSBC’s performance thanks to rising interest rates. However, we believe such an upcycle in rising rates is temporary and unsustainable. It can temporarily improve performance and capital return, but we pay more attention on HSBC’s business strategy and development strategy, as well as its sustainable performance improvement and long-term value growth.

5. What are Ping An’s specific suggestions on HSBC’s business and development strategy?

A: In recent years, Ping An has engaged with HSBC management in candid and in-depth exchanges of views around its operations and development strategy to help the company improve business performance and increase long-term growth value. We have put forth suggestions in the following three aspects:

2) Improving efficiency by increasing revenue and reducing costs. Although HSBC management claimed its cost-cutting efforts are paying off, its cost-income ratio is still up to 64.2%, which is 13% points higher than an equivalent peer group mean. Meanwhile, HSBC Asia’s cost-income ratio is 58.7%, which is 18% points higher than the 40% mean of an equivalent Asia banking peer group. We suggest HSBC be much more aggressive in radically reducing its costs to close the huge ‘cost-income ratio gap’, for example, by reducing its operating costs such as manpower and IT, as well as reducing its ‘global headquarters costs as a % revenue’ compared to that of an equivalent peer group. This is the most important, urgent and absolutely needed action for HSBC to improve its business performance, reducing costs and increasing efficiency, particularly amid slowing growth in the global financial industry.

3) Focus on the development of the Asian business. Since HSBC’s management proposed the “Pivot to Asia” strategic upgrade in February 2020, the market hasn’t seen any substantial actions or material results over the past two to three years. In April 2021, HSBC publicly announced it would relocate four senior executives to Hong Kong; however, this move has not been completed despite having been 18 months since the announcement was made. To our understanding, three out of HSBC’s four global business line CEOs only have one year’s work experience or less in Asia. As such, we suggest HSBC take comprehensive consideration of various factors, including growth, return, risk, competitiveness, etc. and take effective and concrete measures to implement the “Pivot to Asia” strategic upgrade, strengthen its market position in Asia and capture the opportunities arising from the rapid development in the Asian market, while striking a balance between its global finance model and cross-border systemic and geopolitical risks.

6. What’s Ping An’s view on how HSBC can strike a balance between its global finance model and cross-border systemic and geopolitical risks?

A: HSBC is known for its ‘global finance and banking’ model for years. As one of the major shareholders that focus on long-term value, Ping An recognizes that global finance model has played a role in creating a unified brand and providing global banking services to a selected core group of clients; however, to what extent it creates value and contributes to businesses cannot be quantitatively verified. This has always been a controversial topic.

As an old Chinese saying goes, “in the first thirty years, east side of the river enjoys fortune; in the next thirty years, the fortune goes to the west side”, which means tides and trends are so fickle that they could totally reverse. The current global macroeconomic landscape has experienced great changes. The global finance model that once dominated and shaped the global financial industry in the last century is no longer competitive; its weaknesses, costs and risks have become increasingly evident, particularly following the two global financial crisis in 1997 and 2008. Since then, the financial market risks and geopolitical risks and other negative impacts that are transmitted across the borders, have continued to increase. On the one hand, governments and regulators have become concerned with, and often even averse to the pressure of having to take all the risks of global banks across their entire global business in their home location. On the other hand, global banks have to bear the heavy burden of overlapping regulatory costs, risk costs and capital needs when operating globally. In recent years, multinational banks in the Europe and US have announced their exit from businesses in some regional markets and further shrunk their global footprint.

We suggest HSBC should also plan ahead and think of what a “new global model” should look like, carefully evaluating the value and business contribution of each aspect, while striking a balance between its global finance model and cross-border systemic and geopolitical risks to achieve long-term, sustained and steady operation. Just divesting a few small markets or businesses will not fundamentally solve these issues.

7. How would Ping An comment on the discussion around HSBC spinoff which is spreading in the market?

A: Many HSBC’s shareholders have communicated privately with Ping An on this issue over the past several years. There have also been a lot of discussions in the capital market and media; some support it while some are against it. We note that, despite different views, we all share a common goal to help HSBC improve its long-term value.

As one of the major shareholders of HSBC, what Ping An cares the most is for HSBC to improve its business performance, create and enhance its long-term value. We have always upheld a candid and open attitude and keen to listen to all voices in the market. We will support any initiatives including a spin-off that are conducive to improve HSBC’s performance and value; we will consider any suggestions that will help HSBC improve its development and operation strategy. Meanwhile, we would also suggest HSBC adopt an open attitude by studying the relevant suggestions carefully and prudently and incorporating constructive views into its prioritized agenda, rather than attempting to simply bypass and reject them.