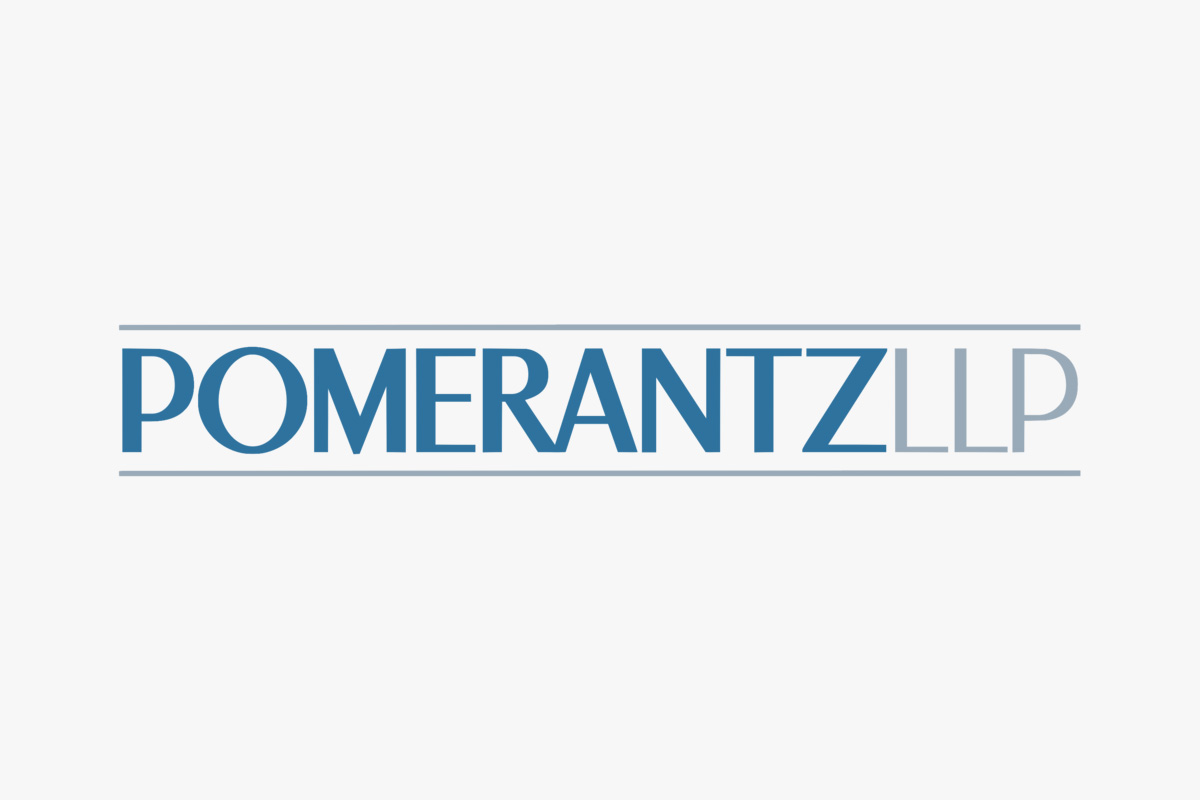 Pomerantz LLP announces that a class action lawsuit has been filed against MoneyGram International, Inc. (“MoneyGram” or the “Company”) (NASDAQ: MGI) and certain of its officers. The class action, filed in the United States District Court for the Central District of California, and docketed under 21-cv-02161, is on behalf of a class consisting of all persons and entities other than Defendants that purchased or otherwise acquired MoneyGram securities between June 17, 2019 and February 22, 2021, inclusive (the “Class Period”). Plaintiff seeks to recover compensable damages caused by Defendants’ violations of the federal securities laws under the Securities Exchange Act of 1934 (the “Exchange Act”).

If you are a shareholder who purchased MoneyGram securities during the Class Period, you have until April 30, 2021 to ask the Court to appoint you as Lead Plaintiff for the class. A copy of the Complaint can be obtained at www.pomerantzlaw.com. To discuss this action, contact Robert S. Willoughby at [email protected] or 888.476.6529 (or 888.4-POMLAW), toll-free, Ext. 7980. Those who inquire by e-mail are encouraged to include their mailing address, telephone number, and the number of shares purchased.

[Click here for information about joining the class action]

MoneyGram, together with its subsidiaries, provides cross-border peer-to-peer payments and money transfer services in the United States and internationally. The company operates through two segments, Global Funds Transfer and Financial Paper Products.

Throughout the Class Period, Defendants made materially false and misleading statements regarding the Company’s business, operations, and compliance policies. Specifically, Defendants made false and/or misleading statements and/or failed to disclose that: (i) XRP, the cryptocurrency that MoneyGram was utilizing as part of its Ripple Labs, Inc. (“Ripple”) partnership, was viewed as an unregistered and therefore unlawful security by the U.S. Securities and Exchange Commission (“SEC”); (ii) in the event that the SEC decided to enforce the securities laws against Ripple, MoneyGram would be likely to lose the lucrative stream of market development fees that was critical to its financial results throughout the Class Period; and (iii) as a result, Defendants’ public statements were materially false and/or misleading at all relevant times.

On December 22, 2020, the SEC filed a lawsuit against Ripple, alleging that Ripple’s cryptocurrency XRP is an unregistered security in violation of the securities laws.

The SEC alleged a brazen scheme in which Ripple received legal advice as early as 2012 that XRP could be considered an investment contract and therefore a security that needs to be registered under the securities laws. Nevertheless, Ripple decided to ignore this advice and assume the risk of initiating a large-scale distribution of XRP without registration.

Relying on Ripple’s own statements, the SEC points out that Ripple’s stated business plan has been to sell XRP to as many speculative investors as possible, and any non-speculative or non-investment use of the cryptocurrency represents a very small and inconsequential piece of the enterprise.

In fact, the SEC alleged specifically that the major non-investment use of the XRP cryptocurrency—transferring money on Ripple’s On Demand Liquidity (“ODL”) platform—is not market-driven but subsidized by Ripple itself.

In order to convince anyone to use ODL to transfer money, the SEC alleged, Ripple had to make a $50 million equity investment and pay significant financial compensation to an entity that the SEC’s Complaint refers to only as the “Money Transmitter.” Of course, the “Money Transmitter” is MoneyGram.

In addition, the SEC’s Complaint describes how MoneyGram itself took part in the sale of unregistered XRP securities on the open market.

On December 23, 2020, MoneyGram issued a press release entitled: “MoneyGram Statement on the SEC Action Against Ripple.” The press release stated: “The Company has not currently been notified or been made aware of any negative impact to its commercial agreement with Ripple but will continue to monitor for any potential impact as developments in the lawsuit evolve. MoneyGram has had a commercial agreement with Ripple since June 2019; this agreement represents the use of Ripple’s foreign exchange (FX) blockchain trading platform (ODL) for the purchase or sale of four currencies. MoneyGram has continued to utilize its other traditional FX trading counterparties throughout the term of the agreement with Ripple, and is not dependent on the Ripple platform to accomplish its FX trading needs.” / “As a reminder, MoneyGram does not utilize the ODL platform or RippleNet for direct transfers of consumer funds – digital or otherwise. Furthermore, MoneyGram is not a party to the SEC action.”

On February 22, 2021, MoneyGram filed its annual report on Form 10-K with the SEC for the year ended December 31, 2020 (the “2020 10-K”), which was signed by defendants W. Alexander Holmes, the Company’s Chief Executive Officer, and Lawrence Angelilli, the Company’s Chief Financial Officer (together, the “Individual Defendants”).  Attached to the 2020 10-K were certifications pursuant to the Sarbanes-Oxley Act of 2002 signed by the Individual Defendants attesting to the accuracy of financial reporting, the disclosure of any material changes to the Company’s internal control over financial reporting and the disclosure of all fraud.

The 2020 10-K stated the following about Ripple, in pertinent part: “On December 22, 2020, the SEC filed a lawsuit against Ripple alleging that they raised over $1.3 billion through an unregistered, ongoing digital asset offering in violation of the registration provisions of the Securities Act of 1933. Subsequently, substantially all of the U.S.-based digital asset exchanges removed XRP from their platforms. MoneyGram ceased transacting with Ripple under the commercial agreement in early December 2020 and has not since resumed trading. It is possible that MoneyGram will not resume transacting with Ripple under the commercial agreement and will be unable to receive the related market development fees in 2021 and beyond. Per the terms of the commercial agreement, the Company does not pay fees to Ripple for its usage of the ODL platform or the related software and there are no clawback or refund provisions.” / “The ‘Transaction and operations support’ line on the Consolidated Statements of Operations includes market development fees of $50.2 million and $11.3 million for the years ended December 31, 2020 and December 31, 2019, respectively.” (Emphases added.)

Also, on February 22, 2021, MoneyGram issued a press release on its financial results for its fourth quarter and full year ended December 31, 2020.  The press release stated, in pertinent part: “Assuming the global economic environment were to remain consistent with the fourth quarter the Company is providing the following outlook:” / “For the first quarter of 2021, the Company anticipates reporting total revenue of approximately $300 million on the strength of its money transfer business and continued triple-digit cross-border MoneyGram Online growth, partially offset by an estimated $8 million reduction in gross investment revenue.” / “In addition, the Company is not planning for any benefit from Ripple market development fees in the first quarter. Due to the uncertainty concerning their ongoing litigation with the SEC, the Company has suspended trading on Ripple’s platform. In the first quarter of 2020, the Company realized a net expense benefit of $12.1 million from Ripple market development fees.” / “Based on the combination of these factors, the Company anticipates reporting Adjusted EBITDA of approximately $50 million in the first quarter of 2021.” (Emphases added.)

The Pomerantz Firm, with offices in New York, Chicago, Los Angeles, and Paris is acknowledged as one of the premier firms in the areas of corporate, securities, and antitrust class litigation. Founded by the late Abraham L. Pomerantz, known as the dean of the class action bar, the Pomerantz Firm pioneered the field of securities class actions. Today, more than 80 years later, the Pomerantz Firm continues in the tradition he established, fighting for the rights of the victims of securities fraud, breaches of fiduciary duty, and corporate misconduct. The Firm has recovered numerous multimillion-dollar damages awards on behalf of class members. See www.pomerantzlaw.com