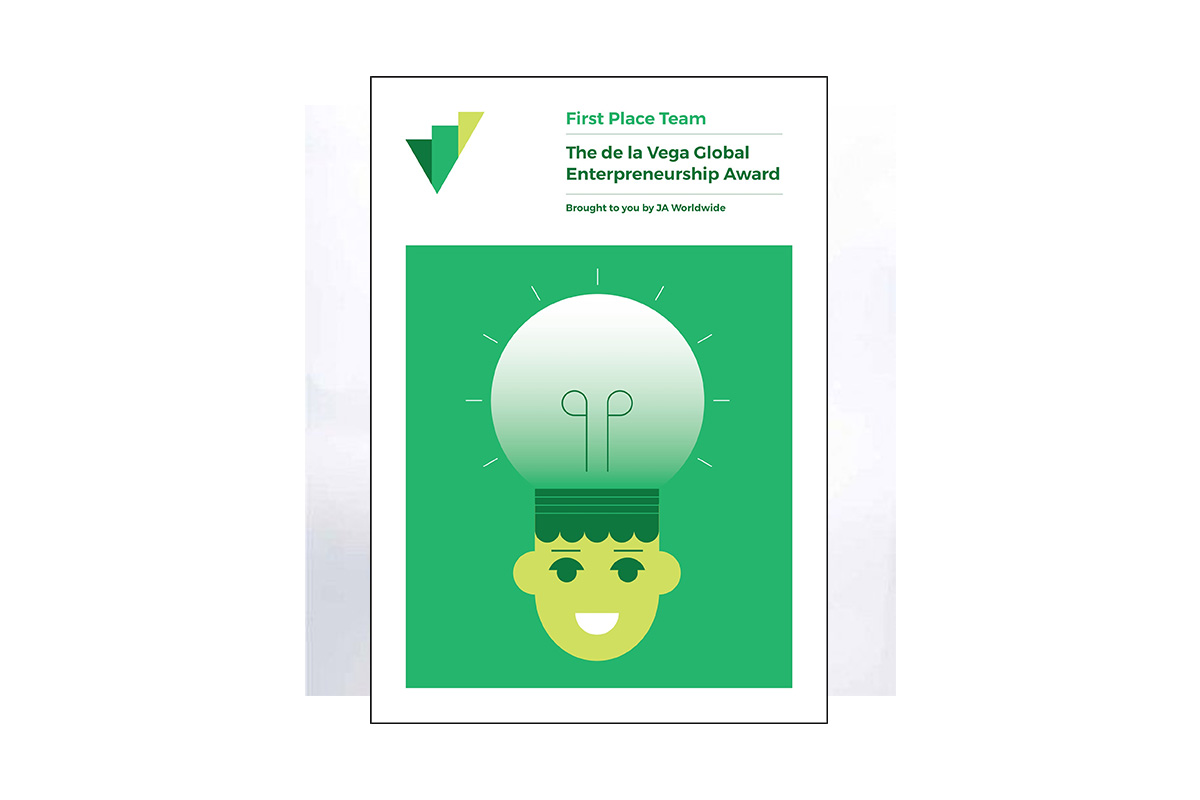 Until recently, the highest award that a JA youth-entrepreneurship company could earn was the coveted first-place prize at one of JA’s six regional competitions. But this year, JA Worldwide has added a global prize for student companies: The de la Vega Global Entrepreneurship Award.

Ultimately, the team from JA Denmark (Fonden for Entreprenørskab) triumphed. The team wins a cash prize of US $15,000, as well as an entrepreneurship course from the institution of their choice. Each team member also receives a non-fungible token (NFT) that represents one of only five copies of a digital graphic specially created for this year’s winner by designer and artist Masha Eizner, with its authenticity verified through the blockchain.

The winning company, Bubbles, improves communication between educators and students who suffer from attention deficit and hyperactivity disorders (ADHD). Students wear noise-cancelling headsets that eliminate audio distractions and create a direct line of communication between teacher and student, thus improving academic performance. Nicklas Stokholm, 19, Christian Ørum, 18, and Kevin Albin, 20, came together in a class called Innovation, which includes the JA Company Program. Their idea originated as Christian watched his sister struggle with ADHD. “We soon realized it was not only my sister who was affected by this,” Christian said. “A lot of other students were influenced, including many other diagnoses that inhibited their ability to focus in class.” Learn more about Bubbles.