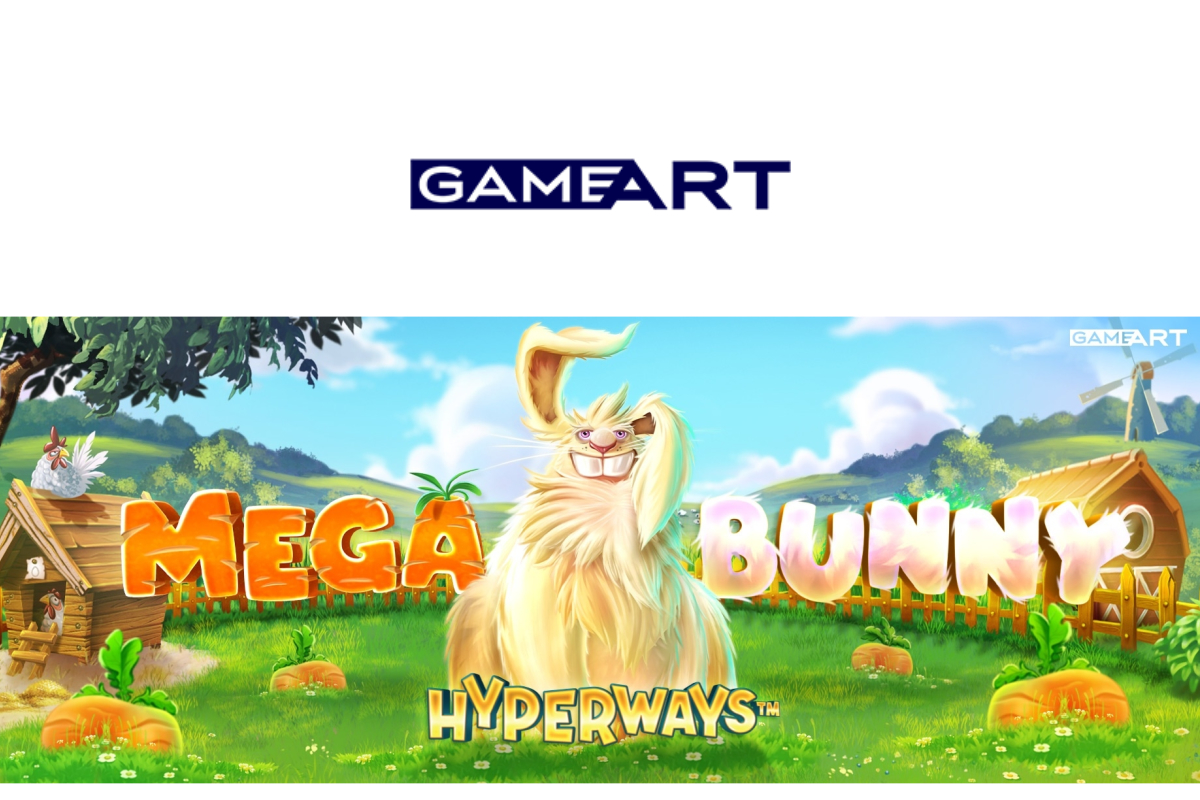 New game mechanic offers more ways to win in a single spin than any other game on the market GameArt, a casino software provider and developer, has just released its new game mechanic called HyperWays via its latest slot called Mega Bunny.

HyperWays will provide players with boundless ways to win since every symbol in the HyperWays game has a ‘unique’ symbol multiplier of up to 9x.

Deane Hendricks, COO at GameArt, explains: “In order to win, players must match a minimum of three symbols from left to right, as with many of our slot titles. Our symbol multipliers make Mega Bunny more exciting though, with over 60 million ways to win.” On a 5×4 reel such as Mega Bunny, the game mechanic can achieve the workings of 36x36x36x36x36=60,466,176 ways in a small game area, making this type of slot one of the highest ways-to-win slots ever. GameArt is also combining the HyperWays mechanic with other features including win multipliers, free spins, random adding wilds, and the chance to buy a bonus game.

“Initial feedback from player testing has been positive indeed and we’re sure that players will love the fact that they now have more ways to win in a single spin than any other game on the market!” says Hendricks.

A second HyperWays release featuring a mega football star is due this May, with many more titles to appear further down the line.