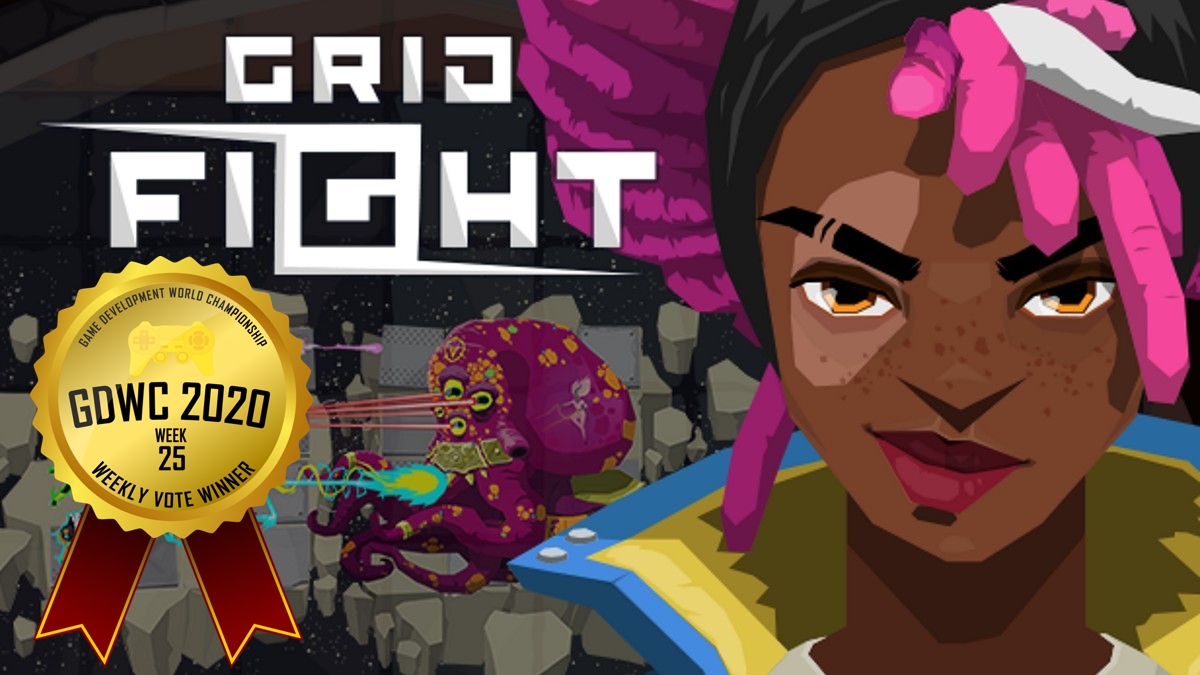 “Grid Fight is a beautifully hand-drawn, grid-based Action/Strategy/RPG where you fight, recruit and unlock the powers of more than 100 female warriors in a race to cure the sickness that is killing the Goddesses of the world.” Playtra Games describes Grid Fight – Mask of the Goddess.

Playtra Games moves on to the next round of voting in the Fan Favourite category of the GDWC – Game Development World Championship and will meet other Weekly Vote winners in a battle for the crown at the end of the GDWC 2020 season.

2nd place was taken by Toasterball by Les Crafteurs from France: “A ball, two goals, and a couple of toasters : Welcome to Toasterball. Play against your friends in this unconventional tournament, where toasters are athletes and the laws of physics are merely a suggestion.”

The GDWC team sends congratulations to the winning team and big thanks to all Nominees and voters. The weekly votes take place each week, from Monday to Saturday and there are always six new exciting games to check out and vote for. This week’s vote is already live on the event website at thegdwc.com.