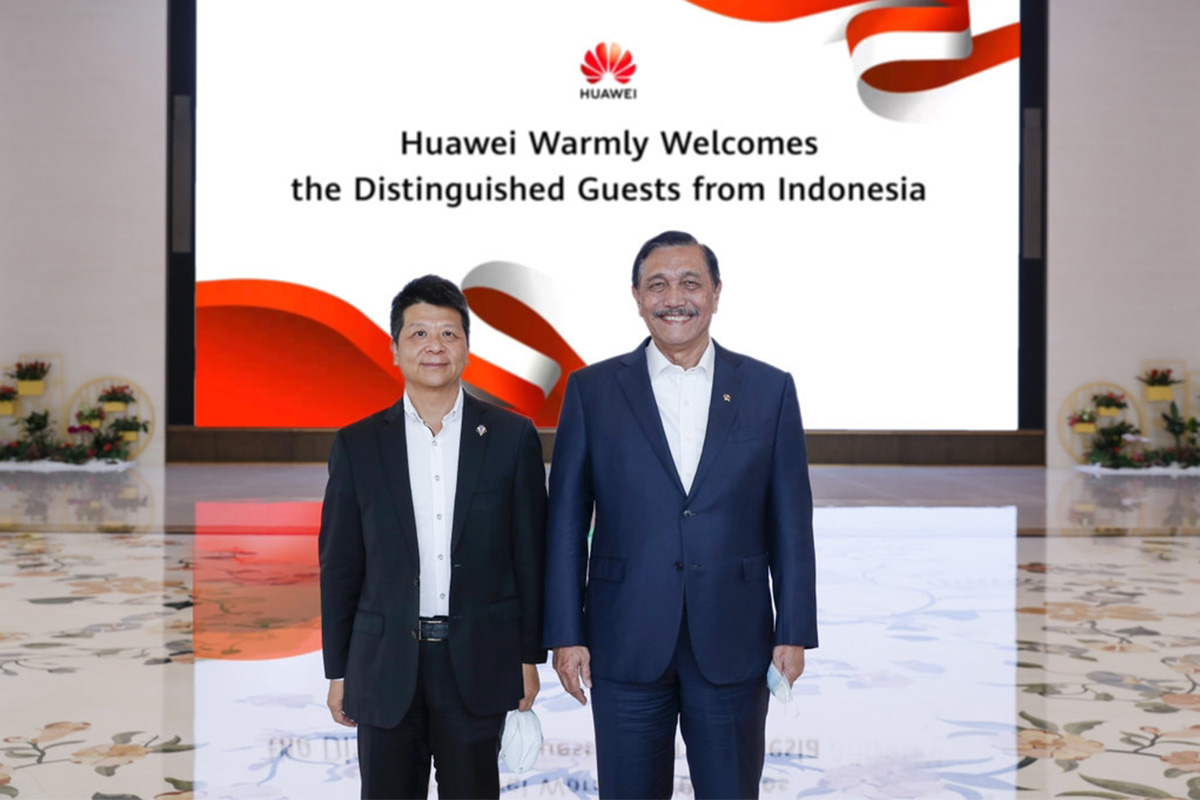 Yesterday, coordinating Minister for Maritime and Investment Affairs of the Republic of Indonesia, Luhut Binsar Pandjaitan, met Guo Ping, Huawei’s Rotating Chairman, to discuss tightening ties between Indonesia and Huawei on digital transformation and a number of initiatives to develop digitalization, 5G, AI, and new energy.

Minister Luhut extended appreciation to Huawei for more than 21 years of effort in building digital infrastructure and developing the digital ecosystem of Indonesia. “Indonesia is now gearing up to prepare strategic projects that involve new energy development and smart technology on the lead-up to host the G20 Summit in Bali next year. As we now move forward to promoting green development and smart future, we would like to invite Huawei to participate in these sectors. We understand that Huawei is very advanced in these areas,” added Minister Luhut.

In July this year, the Government of Indonesia set its target to reach net zero emissions by 2060 at the latest, a decade faster than previous estimate of 2070. In addition, digitalization has also become Indonesia’s top priority development under President Joko Widodo. The country plans to drive digital economic growth and accelerate the rapid development of high-tech industries.

Huawei Rotating Chairman Guo Ping welcomed Minister Luhut and thanked the Indonesian Government for providing great support to Huawei in the past two decades. “Indonesia is blessed with potential to develop high-tech industries,” said Guo Ping. “As part of Indonesia’s digital ecosystem, Huawei will focus on technology innovations and make every effort to assist Indonesia in building robust ICT infrastructure and successful digitalization by using digital advanced technologies such as 5G, AI cloud and IoT. ”

Huawei estimates that over the next 30 to 40 years, intelligence and low-carbon will continue to gain traction in which digital technologies are necessity to drive intelligence, while power electronics technologies are crucial to reduce carbon footprint. The global energy industry will shift more towards technology-driven rather than resource-dependent as the trends unfold.

Digital talent development in Indonesia is one of Huawei’s important contributions. The company launched a nationwide digital talent program in 2020 in collaboration with Indonesia’s Presidential Office (KSP) to cultivate more than 100,000 digital talents in 5 years. To date, Huawei has managed to achieve halfway of the 5 years target within the first two years, epitomizing Huawei’s seriousness and eagerness to support Indonesia’s vision.