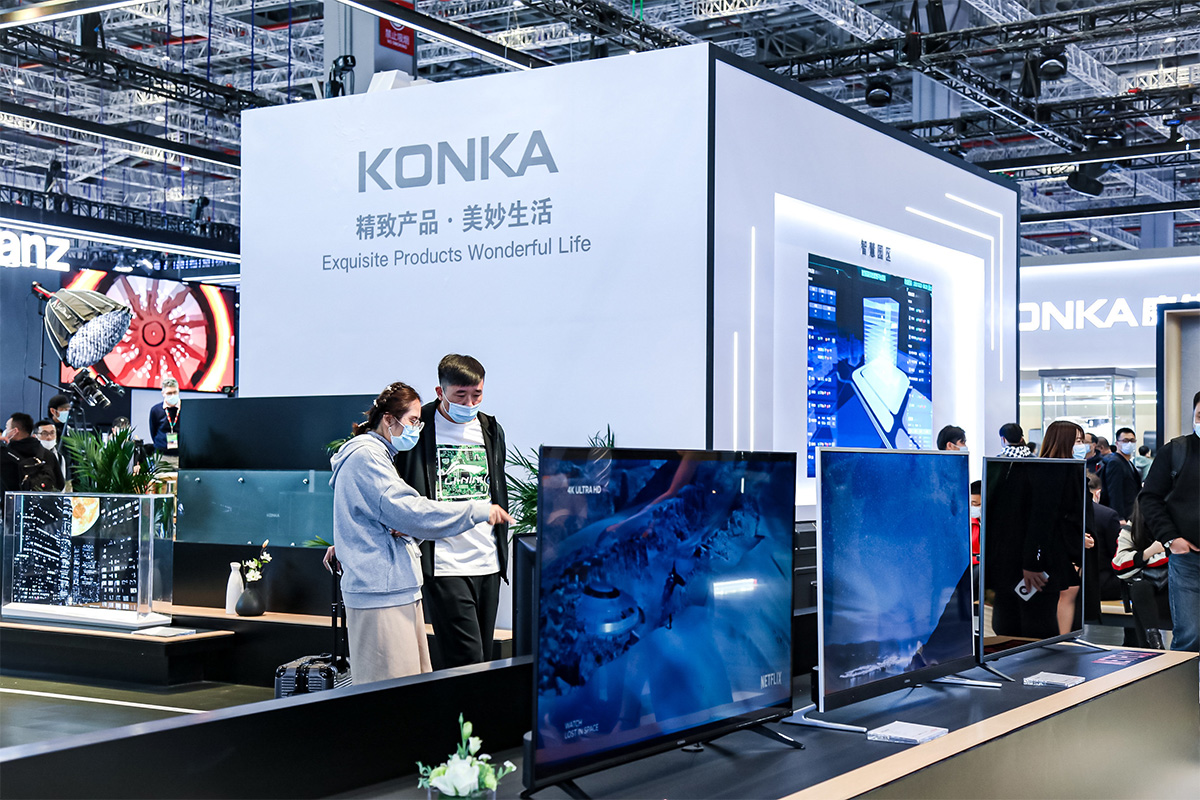 KONKA is committed to investing in technological innovation, and last year the Company focused on the development of semiconductors and artificial intelligence, with its spending on research and development increasing by 36.57% year-on-year.

Specifically, KONKA has optimized its business in the semiconductor industry, especially in the optoelectronic field. For example, the Company built the world’s first Micro LED full-process R&D production line, allowing it to carry out trial production.

In 2020, KONKA also continued to drive the development of Micro LED- and Mini LED-related development, obtaining nearly 700 core patents. The Company rolled out products such as the Micro LED Watch – the APHAEA Watch and a series of Micro LED and Mini LED 8K televisions. In terms of storage, KONKA primarily designs and markets master storage chips, and has been producing and selling its storage main control chips.

“KONKA categorizes technologies that are in line for more development as Micro LED and categorizes those that have been marketized as Mini LED,” Li Hongtao, vice president of KONKA, said. “KONKA will continue to carry out the ‘dual wheel’ development strategy to aim the Company’s R&D power at areas that have yet to see technological breakthroughs and put those that have seen breakthroughs on the market,” he said.

Such strong R&D capacity has helped diversify KONKA’s product lineup. The Company has rolled out smarter electronics and appliances such as its K2 smart TV, APHAEA A5 TV and refrigerators. Meanwhile, KONKA has sold its products through livestreaming in collaboration with its offline stores, to accommodate consumers’ changing shopping habits.

As for KONKA’s white goods business, the segment has grown with the “KONKA + Frestec” dual brand operation after the acquisition of Frestec Electrical Appliances, further amplifying the Company’s influence in the market. Last September, the Company acquired Beko Changzhou Plant and entered into a strategic cooperation agreement with Arcelik, the parent company of Beko, marking the beginning of a new phase for the Company’s drum washing machines — a shift from OEM to independent R&D, design, production and manufacturing.

In 2021, KONKA aims to pour more efforts into R&D and innovation. On one hand, it will continue to increase its investment in R&D this year. On the other hand, it is set to focus on core technology in the field of semiconductors, seeking for breakthroughs in chip and mass transfer technologies, and to further develop Micro LED. Meanwhile, KONKA will gradually step up its efforts in acquiring intellectual property rights and strengthen its technological advantages in areas such as 5G, 8K, internet of things, Micro LED, semiconductors and storage, aiming to transforming the Company from an electronics company to an even more tech-centric company.