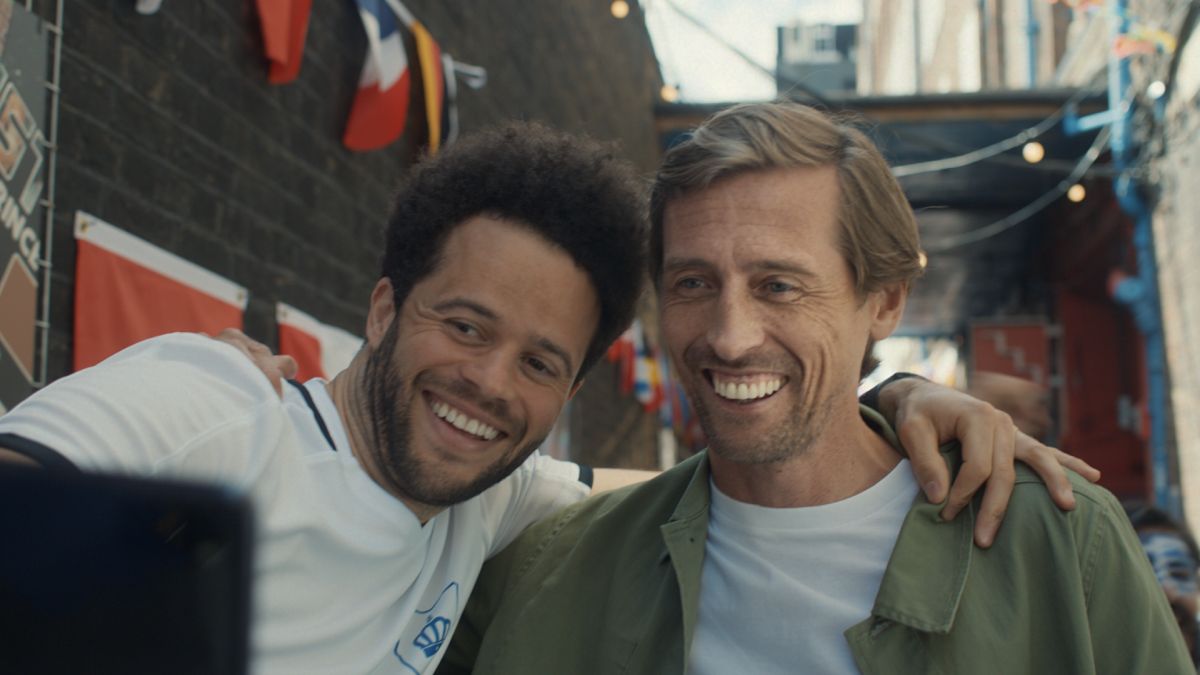 Peter Crouch is back staring in the latest Paddy Power TV advert, which sees the former England striker show off his German skills and get called a ‘beanpole’ by an unhappy football fan.

The ad – which kicks off Paddy Power’s EURO 2020 ‘Switch for Better’ campaign – opens with Crouch letting his wife, Abbey Clancy, know that he can’t walk the dog because he’s watching the game.

Every single game in the tournament.

As he’s explaining how good deals only come to those who move about, a group of fans push past the 40-year-old – each wearing a shirt representing one of the many different clubs Crouch played for.

There’s even a reference to upgrading as he walks past Declan’s Bar, which may or may not be linked to the switched national allegiance of a certain West Ham midfielder…

And, to really drive home the messaging around switching teams, he wraps a German fan in an England flag, before uttering “Es kommt nach Hause” – German for “It’s coming home”.

Celebrating with a crowd of England supporters, the final message from the former Liverpool and Tottenham man is that “If the grass looks greener… go and play on it”.

Spokesman Paddy Power said: “Peter Crouch is always a joy to work with, and we can’t be too surprised that a bicycle-kicking, robot-dancing star is a natural in front of the camera. He might just be a better actor than footballer, you know.

“As Crouchy says in the ad, there’s a lot to be gained from switching for better, and when Declan Rice ends up winning the Euros, it’ll pain me to say he was right.”

Paddy Power is encouraging punters to change bookmaker as part of its ‘Switch for Better’ campaign, where new customers will secure a free £5 Bet Builder for every England group game.