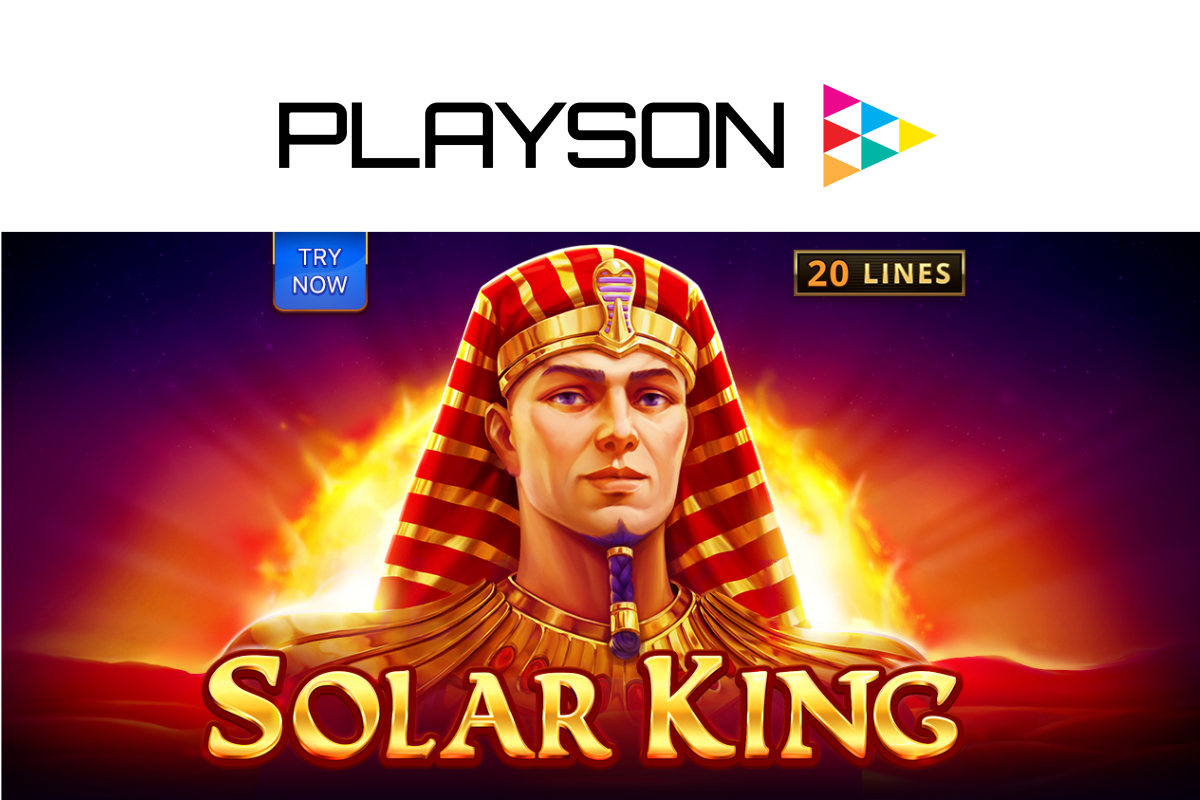 The 4×5 slot with 20 paylines marks the latest addition to Playson’s widely renowned Solar series, following on from the perennial player favourites Solar Temple and Solar Queen, the provider’s top-performing titles.

The latest release has a new ruler and showcases a number of classic Playson features which have proved consistently popular, including Flaming Frames with cycle mechanics of 10 spins, as well as a Free Spins mode with Sticky Wild symbols.

Solar King also cranks up the temperature with a selection of new enhancements, such as win line multipliers of up to x10, which can be triggered by repeat appearances of the Sun symbol within the same Flaming Frame.

Vsevolod Lapin, Head of Product at Playson, said: “We are thrilled to launch Solar King, an eagerly awaited slot that sees players bow down to the new leader within our Solar series of titles.

“With immersive symbols, cutting-edge gameplay features and multipliers of up to x10, we have no doubt that the title will continue the success achieved by the other hits in our acclaimed Solar series.”