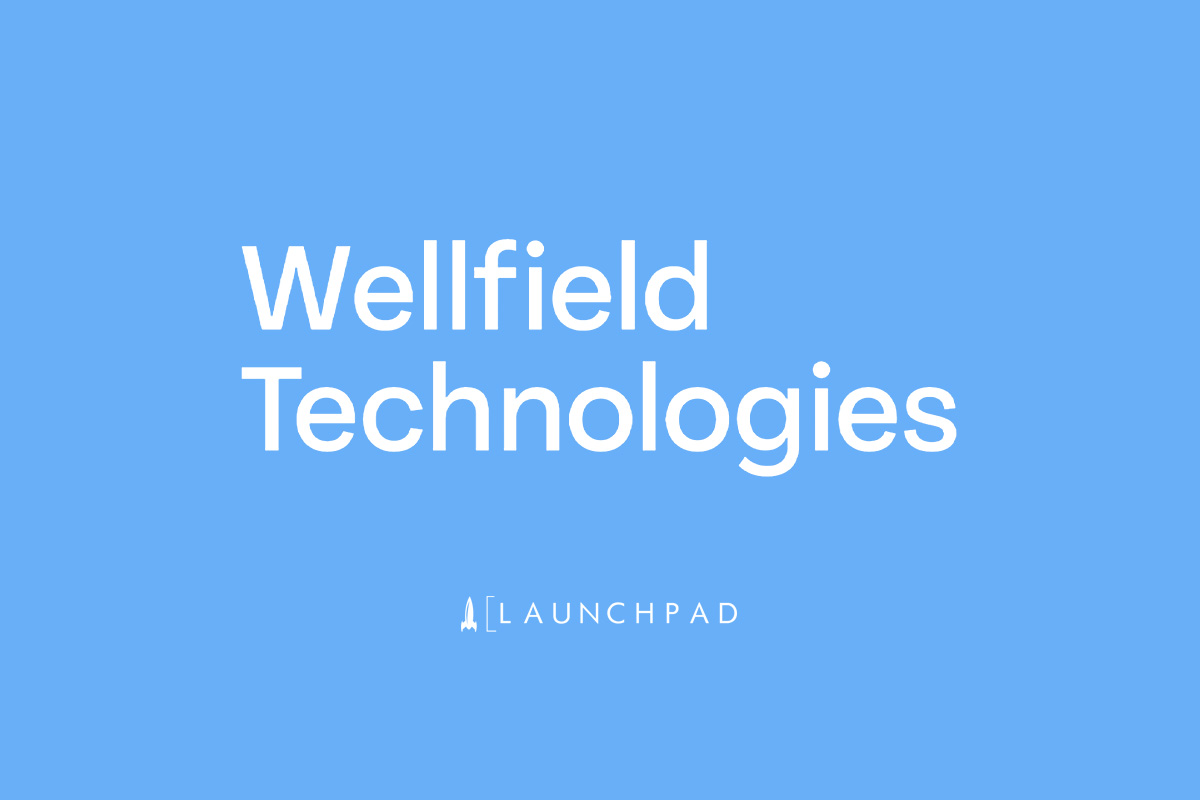 Wellfield develops complementary, cutting-edge technology infrastructure designed to facilitate decentralized finance (“DeFi“) by streamlining cross-blockchain trading and making Bitcoin compatible with DeFi. In combining the companies, Wellfield wishes to create a new reality where money and financial services are accessible, streamlined, cost-effective, inclusive, work for the way people live, and are under their control. To do this, Wellfield is developing a blockchain-based infrastructure for financial services which will extend existing financial services to any participant in an open, cost efficient and transparent way through applications based on innovative blockchain protocols. Wellfield’s solutions will create an immutable and highly interoperable financial system with unprecedented transparency, equal access rights, and little (or no) need for custodians, central clearinghouses, or escrow services. By combining distributed financial protocols with regulatory compliant consumer applications, management has a unique vision to build a sustainable and disruptive business in the DeFi industry. Wellfield’s leading team includes founders and academic advisors with decades of experience in finance and technology, as well as deep knowledge in computer science fields related to blockchain, cryptography and complexity.

With the Business Combination completed, the Company will seek final approval from the TSX Venture Exchange (“TSXV“) for the listing of Wellfield Shares and Wellfield Warrants (as each term is defined herein) and expects to begin trading on the TSXV on or about November 30, 2021, under the trading symbols “WFLD” and “WFLD.WT” respectively, subject to the satisfaction of certain customary conditions outlined in the TSXV’s conditional approval letter.

A listing application on Form 2B (the “Listing Application“) prepared in accordance with the policies of the Exchange has been be made available on the Company’s SEDAR profile, available at www.sedar.com, and contains additional information regarding Wellfield, the Business Combination and the Concurrent Financing (as defined herein). The contents of this press release are expressly qualified by the disclosures and contents of the Listing Application.

Each Subscription Receipt entitled the holder thereof to receive, upon the satisfaction or waiver (to the extent such waiver is permitted) of the Escrow Release Conditions (as defined in the Subscription Receipt Agreement), without payment of additional consideration therefor, one common share in the capital of Finco (each, a “Finco Share“) and one-half of one common share purchase warrant in the capital of Finco (each whole warrant, a “Finco Warrant“). The Finco Warrants were governed by the terms of a warrant indenture between Finco and Odyssey dated July 16, 2021 (the “Warrant Indenture“). Each Finco Warrant is exercisable to acquire one Finco Share for a period of 36 months at an exercise price of $2.00.

In connection with the Concurrent Financing, the Agent received a cash commission of $552,085 and a cash advisory fee of $267,050 (collectively, the “Agent’s Fee“). Upon the completion of the Business Combination, the Agent was issued 552,085 compensation warrants and 267,050 advisor warrants (collectively, the “Broker Warrants“). Each Broker Warrant is exercisable to acquire one common share in the capital of Wellfield (a “Wellfield Share“) at the Issue Price for a period of 36 months (the “Exercise Period“). The gross proceeds of the Concurrent Financing, less an amount equal to 50% of the Agent’s Fee and all of the reasonable costs and expenses of the Agent in connection with the Concurrent Financing, (the “Escrowed Funds“) were deposited with Odyssey until the satisfaction of the Escrow Release Conditions, following which the remaining 50% of the Agent’s Fee was paid to the Agent and the balance of the Escrowed Funds was released to Wellfield.

The proceeds of the Concurrent Financing are anticipated to be used principally to fund the Business Combination, and for research and development, marketing, sales, corporate and general working capital purposes.

In the case of a special meeting (which is not also an annual meeting) of shareholders called for the purpose of electing directors (whether or not called for any other purposes), the deadline for notice pursuant to the advance notice provision is no later than the close of business on the 15th day following the day on which the first public announcement of the date of the special meeting was made.

Immediately prior to closing of the Business Combination:

On closing of the Business Combination:

In connection with the closing of the Business Combination, Wellfield and Odyssey will enter into a supplemental indenture to the Warrant Indenture which governs the Wellfield Warrants. Each Wellfield Warrant is exercisable to acquire one Wellfield Share for a period of 36 months at an exercise price of $2.00.

Insiders, Officers and Board of Directors of the Resulting Issuer

Marc Lustig, Chairman of the Board of Directors

Mr. Lustig is currently the chairman of the board of directors of SLS and will hold the same position with the Resulting Issuer following the completion of the Business Combination. Mr. Lustig holds MSc and MBA degrees from McGill University. He began his professional career in the pharmaceutical industry at Merck & Co. In 2000, he started his capital markets career in institutional equity research in the Life Sciences sector at Orion Securities. For the next 14 years, Mr. Lustig worked at GMP Securities L.P. and as Head of Capital Markets at Dundee Capital Markets before becoming a Principal at KES7 Capital. In 2015 Mr. Lustig founded CannaRoyalty Corp. (Origin House). Origin House was sold to Cresco Labs in January 2020. Mr. Lustig is currently a Director of Cresco Labs Inc., Aequus Pharmaceuticals Inc. and PharmaCielo Ltd. He is also Chairman of IM Cannabis Corp.

Mr. Cohen is an entrepreneur with over 30 years of executive experience in the high-tech industry. Mr. Cohen has extensive experience leading technology-driven banking and payments companies in both Israel and Silicon Valley, focusing on building strong product and service-oriented user experiences. Since founding Seamless in 2018, Levy has researched and developed innovative technologies to advance DeFi.

Mr. C. Steinhart is the president and a director of MC and will be the co-CEO, strategy and business development and a director of the Resulting Issuer following the completion of the Business Combination. Prior to founding MC in 2019, Mr. C. Steinhart spent the last two decades in the emerging technology industry with a focus on consumer products and experience, including, in 1996, a consulting engagement with Apple Inc. on projects to define and implement their eCommerce strategy. Mr. C. Steinhart co-founded DigiLabs Inc. in 2002 and, among other projects, developed and operated commercial web to print software used by major hardware manufacturers (HP, Xerox, Fuji, Cannon, and Kodak) which was ultimately purchased by Kodak. Mr. C. Steinhart is a thought leader and speaker in finance and technology and has published two books, the latest titled “A Brief History of Money” (2015). He writes a bi-weekly column in Globes, an Israeli financial newspaper.

Mr. Y. Steinhart is the chief technology officer and a director of MC and will be the chief technology officer and VP R&D of the Resulting Issuer following the completion of the Business Combination. Mr. Y. Steinhart is a seasoned developer and manager, with experience working at high growth software companies in both Israel and Silicon Valley, and is highly experienced in software architecture and product commercialization that leverage new technologies. Over the course of his career, Mr. Y. Steinhart has worked with MicroMacro and Apple Inc., where he assisted with word processing, I-Impact, where he assisted with big data and PABC Capital, where he assisted with blockchain technology. Mr. Y. Steinhart co-founded DigiLabs Inc. in 2002 and, among other projects, developed and operated commercial web to print software used by major hardware manufacturers (HP, Xerox, Fuji, Cannon, and Kodak) which was ultimately purchased by Kodak. Yishai is highly experienced in software architecture and product commercialization that leveraged new technologies, including: word processing (MicroMacro & Apple Inc.), big data (I-Impact), cloud computing (DigiLabs), and blockchain (PABC Capital).

Mr. Lock is the chief financial officer and operations manager of MC and will be the Interim Chief Financial Officer & Head of Product Marketing, Operations (Canada) of the Resulting Issuer following the completion of the Business Combination. Mr. Lock is an early digital currency investor and blockchain startup advisor in addition to having a career in accounting prior to entering the blockchain space. Mr. Lock spent the first eight years of his career in assurance and advisory roles in public practice accounting at Norton McMullen LLP in Markham, Ontario, where he earned his Chartered Professional Accountant designation.

Dr. Sample is the EVP & Chief Information Officer and leads the Technology function at Northwestern Mutual. Dr. Sample has a wide range of expertise, including in the areas of technology strategy (architecture, infrastructure and cloud services, engineering and customer success), data and analytics, enterprise information risk and cybersecurity, digital workplace solutions and digital innovation. Prior to joining Northwestern Mutual, Dr. Sample was executive vice president, chief operating officer at Express Scripts where he was responsible for operations, technology, and enterprise transformation. Dr. Sample previously served in key executive leadership roles at American Express, including President, Enterprise Growth, where he leveraged emerging technologies to reach new customers and geographies, expand mobile and online payment services, and foster inclusion for clients poorly served by traditional financial systems. Prior to American Express, Sample served in a variety of senior leadership positions at companies such as eBay, Yahoo!, and RightOrder.

Additional Information Regarding the Business Combination

For additional details regarding the Business Combination please see the Listing Application available on the Company’s SEDAR profile at www.sedar.com.

The following tables set forth selected historical financial information for SLS and MC for the years ended December 31, 2020 and 2019 and six months ended June 30, 2021, and selected balance sheet data for such years and periods. The audited financial statements of SLS and MC have been prepared in accordance with IFRS. and are available in the Listing Application available on the Company’s SEDAR profile at www.sedar.com.

The following table sets out a summary of selected unaudited pro forma consolidated financial information of Wellfield after giving effect to the Business Combination and the Concurrent Financing, as well as certain other adjustments, and should be read in conjunction with the unaudited pro forma financial statements of Wellfield included in the Listing Application available on the Company’s SEDAR profile at www.sedar.com.

The TSXV provided an exemption from the sponsorship requirements in connection with the Business Combination.