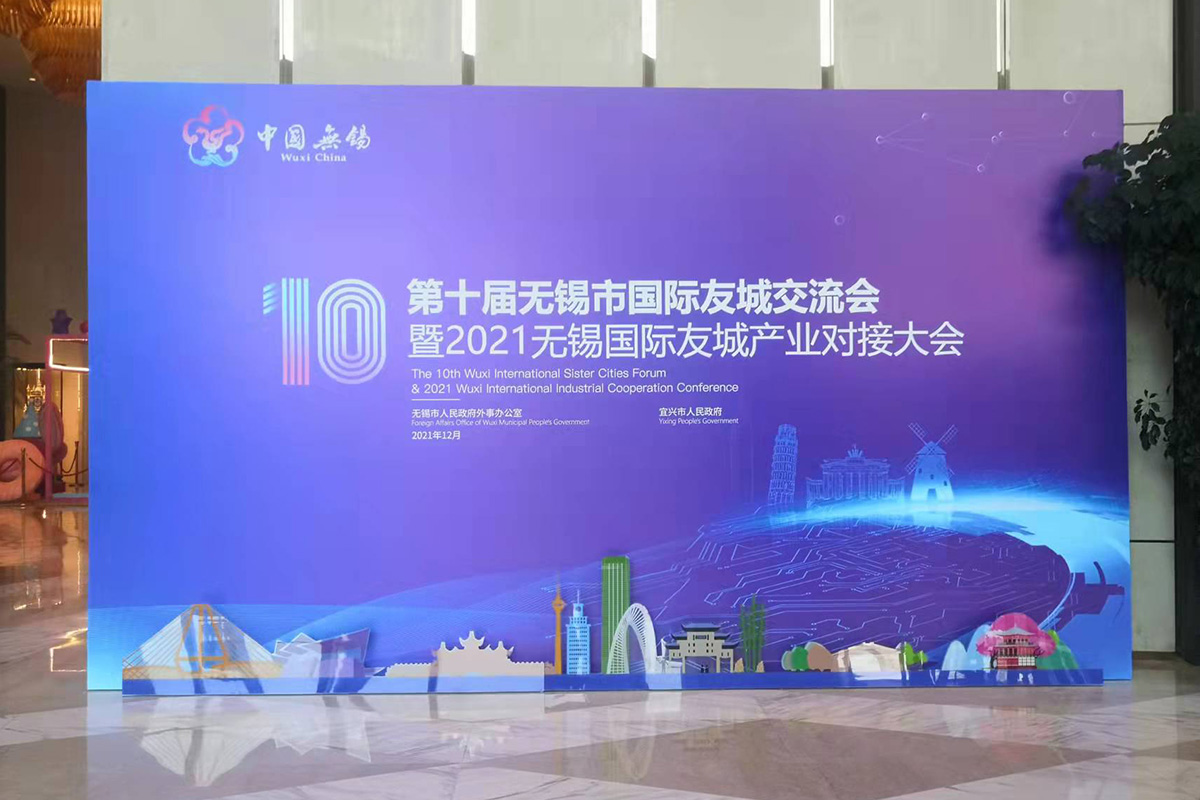 Nearly 100 guests, including ambassadors, consuls, and representatives of chambers of commerce from nearly 30 countries on five continents, gathered together to explore new areas of exchange and cooperation and make new friends in the field of business around the new theme of “industrial cooperation”, according to Foreign Affairs Office of Wuxi.

Zhao Jianjun, Acting Mayor of Wuxi Municipal People’s Government, said that Wuxi sincerely hopes to deepen exchanges and cooperation with the people of sister cities in broader fields and at a higher starting point. “We will strengthen the alignment of policies, industries, and projects, promote the upgrading of two-way economic, trade and investment cooperation, and will tap into complementary advantages and achieve win-win cooperation.” Focusing on industrial development, scientific and technological innovation, green low-carbon, urban construction, and other areas, the event intends to explore new models of capital, technology, and talent cooperation.

At the conference, the “Closer Cooperation, Forever Friendship” international industrial cooperation platform and the “Sino-Dutch Big Data Industrial Platform” were officially launched, helping Wuxi to further deepen its global industrial cooperation. The international cooperation projects of various cities (counties) and districts were unveiled at the conference one by one, covering 14 countries and regions around the world, including people-to-people exchanges, personnel training, artificial intelligence, green environmental protection, and other fields. It shows the sufficient strength and fruitful results of Wuxi’s implementation of the cooperation plan for international exchanges.

The project “See Sister Cities in the Cloud” was also launched at the conference, and promo videos from 24 countries and 29 international sister cities will be displayed on outdoor screens such as airport and Nanchang Street, as well as subway, bus and other mobile terminals, so that citizens can have an “international trip” without leaving home at any time.