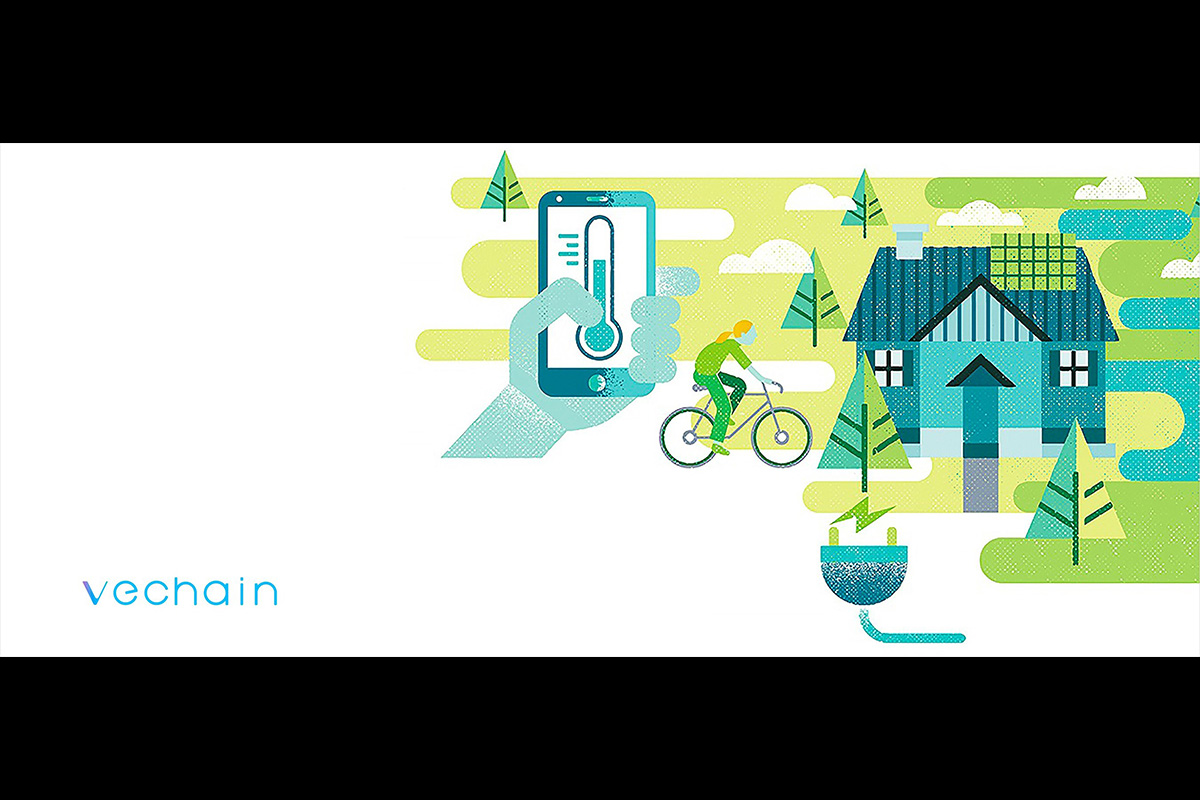 The world is at a climate crossroads. Blockchain, the game-changing technology in this era, should also take more collective action to hasten this movement. As the world’s leading public blockchain, VeChainThor pledges to cultivate a healthier planet by greener technology.

The electricity consumed by VeChainThor for the whole year is estimated to be 7581.31 kWh, roughly equaling the electricity used to process 4.3 Bitcoin or 51 Ethereum transactions. We have also found the resource that shows data of some PoS chains related to carbon footprint. The outcome was that each transaction on VeChainThor consumed approximately 0.000216 KWh, which was 0.04% of the amount estimated for Cardano as listed in.

Energy costs per transaction on a decentralized network are a preliminary step in determining whether a network can achieve sustainability. VeChainThor uses Proof-of-Authority consensus, which does not require nodes participate in the consensus process to compete. The rights to produce new blocks are equally distributed to all the 101 consensus nodes, i.e., the Authority Masternodes (AMs). Here the key finding is that the AMs share the same amount of computational workload in the network according to the design of the blockchain.

To deliver a model for estimating the carbon emissions of the 101 AMs, it was found out that what we could do was to accurately measure the power usage of a single machine that solely hosted an AM in a controlled environment.

Here EGHG stands for the amount of greenhouse gas (GHG) emission, μPUE the average annual power usage effectiveness (PUE) for data centres worldwide, {αiEF}i, the regional emission factors (EFs) for electricity supply, and MCTI the actual power usage data of a single AM measured by CTI. The model recognizes that some blockchain nodes are hosted on clouds. Therefore, we use the average PUE data for data centres worldwide to estimate the amount of electricity consumption. The model also reflects the regional differences of carbon emissions for same amount of electricity consumption. It therefore includes different regional EFs when estimating the overall GHG emission.

A business’s digital carbon footprint is the complete expression of its operation. As the world’s largest corporations are on board, it is also essential to raise awareness of how underlying digital technologies have discrete yet vital roles to play in mitigating emissions (UN). Recent research estimates that the ICT sector, which includes blockchain, will be responsible for 1.97% of global emissions by 2030. For entrepreneurs and businesses looking to build on blockchain technology, they are looking not only at energy consumption but examining the long-term sustainability of this critical technology.

VeChain has vigorously set out in a digitally saturated atmosphere to mitigate emissions of VeChainThor and scale necessary to meet our goal to be the greenest public blockchain. With the upcoming PoA 2.0 upgrade, VeChain intends to empower a more secured and efficient layer 1 public blockchain platform.