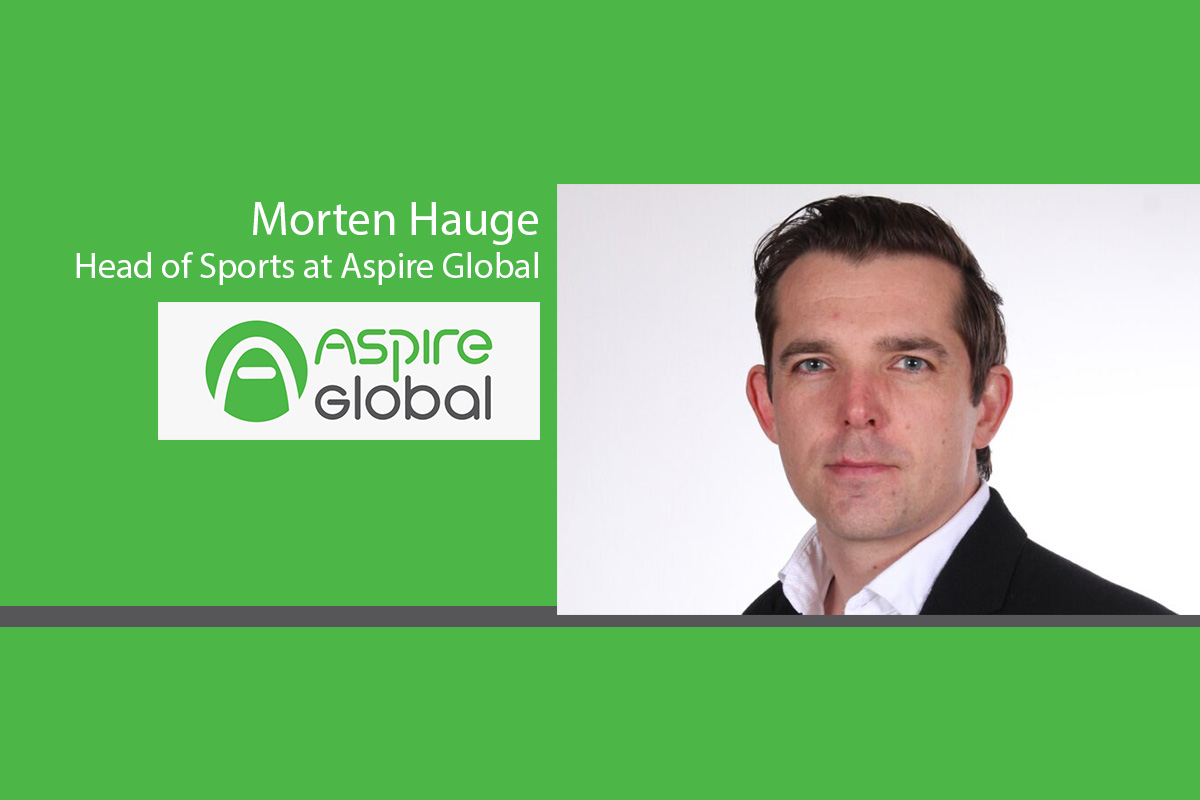 Morten Hauge, Head of Sports at Aspire Global, tells European Gaming about what the company learned during the Euros and how this will impact its approach as the industry gets ready for the domestic season to kick off.

Talk us through the Aspire/BtoBet performance across the Euros, did it exceed expectations in terms of engagement? Any stats that you can share?

It’s fair to say the tournament met our expectations. Certainly, from a CRM and acquisitions point of view. We saw engagement gradually increasing throughout the event and saw spikes when England were playing, as the UK is our most prominent market.

The outcome of the final was the perfect scenario for UK-facing bookmakers – England going all the way to the final and losing on penalties, ensuring their key market was engaged all the way through. England winning the tournament would have seen bookies paying out a great deal at that point.

So, we are now wrapping up all the learnings we have taken from the Euros and devising how we will apply this to the World Cup in Qatar next year. That really will be a tournament like no other, with it taking place over the winter and air conditioning being pumped through the stadiums. Turning around such learnings quickly will become more important as we grow our Latin American business, however.

Were there any noticeable betting behaviour trends from the month-long tournament?

There was a definite sense of cautiousness from UK bettors during the early stages of the tournament. Certainly, when compared to what we saw at the last World Cup. There was a lot less action in the initial round of fixtures, but it built up a steady momentum and that came to a head in the knockout phase. Bets on correct scorelines, as always, saw a huge surge and it was fantastic to see our new widgets such as our free to play AspireBattle, performing as we hoped it would do, attracting players that wouldn’t usually be interested in the Euros.  We actually used it to host our own office competition for the Euros, which was a lot of fun. We are going to look to include this in our Premier League acquisition package as well heading into the new domestic season.

Now we’ve entered the post-tournament phase and the quieter betting period before the domestic season begins, how do you support operators in keeping bettors interested and engaged?

Virtual sports are an important product during this quieter period, but sometimes it’s good practice to just let the players breathe a little bit so we’re not overloading them with content. We’ll create some soft awareness around the Olympics, but in truth it isn’t a huge betting event. The 100m sprint is a good betting event that will keep us in the player’s mind before the next big tournament. There might also be some interest in handball soccer and basketball, but even then, that’s only the case when the country has a better chance of winning a medal.  On top of that, the time difference means that many of the events are taking place throughout the early hours of the morning, which isn’t ideal for our European audience.

This time is vital for us to take all the data we’ve accumulated from the Euros and put it to good use before the Premier League commences. We will take a look at all the players that gamers bet on to score, for example, so we can identify crossover opportunities and provide a more personalised experience based on their betting behaviour. End users appreciate this tailored service, and it helps give operators a competitive edge. This will also apply to the World Cup qualifiers in September.

The UK recently announced stadiums will be able to return to full capacity for the new season. Does this influence your approach to trading at all, given home crowds are likely to have an impact on games once again?

I don’t think it will influence our approach to trading. I think it would probably have a bigger effect on the market – the bigger betting syndicates will probably have an influence on the market price, particularly at the beginning. It will most likely be priced in the first one to three games and we’ll see some big moves around matchday, in all likelihood, but that’s it.

Some home teams are likely to perform a lot better than they would in empty stadiums. With that in mind, Liverpool would be a good bet to challenge for the title. Their form at Anfield dipped significantly last season and arguably that’s because of the famous Kop crowd not being able to influence games.

Ahead of every new domestic football season, competition is typically fierce as sportsbooks look to acquire and retain customers. How crucial are sophisticated CRM systems in re-engaging with bettors, particularly at a time when acquisition can be expensive?

It will be more important than ever and thankfully for our operator partners, we’ll be ready to provide them with a comprehensive CRM system through our newly launched intelligent software, AspireEngage. We are expecting great things from our new customer lifestyle journey. We are sending all bets in real-time directly to the CRM system so we can use these as triggers very early on to build an individual journey for each player.

Automation with relevance is the key here. AspireEngage is for operators who want to do CRM and do it properly. We can be a lot more targeted with a relevant message, which will be a welcome change to the usual Premier League reactivation strategy because everybody does that. This gives operators a definite edge.

Widgets like Aspiretip that weren’t exactly designed for the Euros, but which performed well, will be important when the domestic season kicks off. This informs players of the different bets and activities that are available to them and will really come into its own for events like the Premier League and the Six Nations.

How can operators maximise the use of AspireEngage ahead of the new domestic season? How will it improve performance?

It’s a real-time, easy to use solution and will open the opportunity for operators to deliver sophisticated marketing techniques that offers the kind of personalised customer experience that gets bettors coming back for more.

So, if a player bets on the Premier League or LaLiga in August, they will have a completely different experience to those that go down the rugby union path, for example.

Automation is difficult when an operator also wants to remain consistently relevant and up to date. With this journey builder we can offer a lot more value than ever and really improve customer satisfaction.

It also makes a big difference for bettors that are just joining for events like darts, snooker or rugby union. Traditionally, these demographics aren’t huge bettors but the operator still needs to make the most out of them when they do want to engage. It’s easy to offer CRM that caters to the customers that are naturally engaged but targeting those players that only dip in now and then is what AspireEngage offers. Put together, all those players add up.