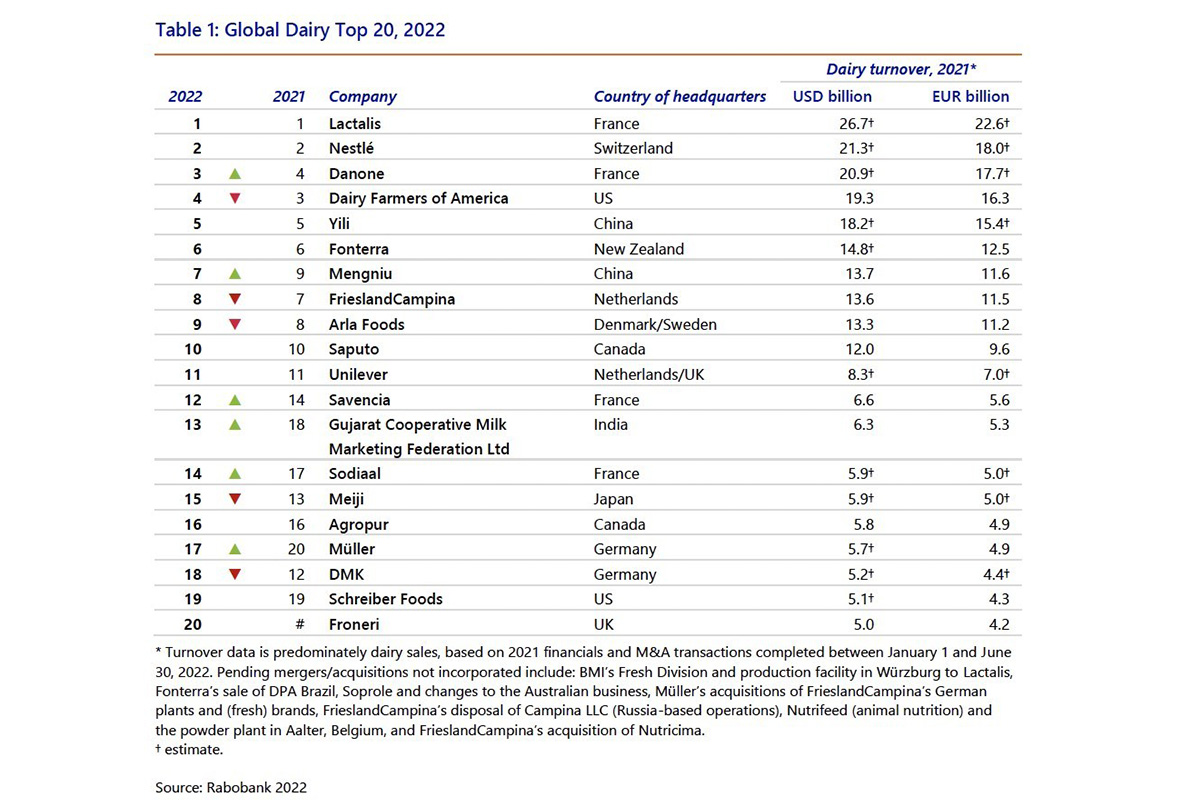 On August 17, Rabobank published its 2022 Global Dairy Top 20 Report, which showed that Yili Group remains among the global top five with turnover[1] of USD 18.2 billion, firmly holding onto its top leadership position in Asia for the ninth consecutive year.

Yili also achieved the highest growth rate – 31.7% – among the top 20.The company has drastically reduced the margins between the top four while making it challenging for the rest of those on the ranking to catch up by maintaining a strong momentum.

This year, the Rabobank Report highlights even more intense competition across the industry. Due to its acquisition of Ausnutria Dairy and strong domestic sales growth, Yili has become Asia’s first dairy producer to exceed RMB 100 billion (USD 14.85 billion) in turnover.

Facilitating development across the entire industry

In addition to rapid growth, Yili has been making its contribution to the industry by promoting win-win collaborations across the industrial chain, global operations, and sustainable development.

In China, the newly launched Yili Future Intelligence and Health Valley – hailed as the “Dairy Silicon Valley” – houses the world’s largest production bases in terms of its production capacity, featuring the highest level of digitization and the most advanced technologies in the industry.

Yili is also accelerating the build-out of a global network in major markets. The FY2021 Report shows that Yili achieved an 8% growth in its overseas revenue, with its products covering over 60 countries and regions across five continents. In Indonesia, Yili’s first self-built ice cream production base has been put into production, forming a “dual center” (the other center is located in Thailand) targeting SEA consumers. By upgrading the production system and doubling the capacity of its Hokitika butter plant, its subsidiary Westland has effectively expanded the market share for Westgold butter.