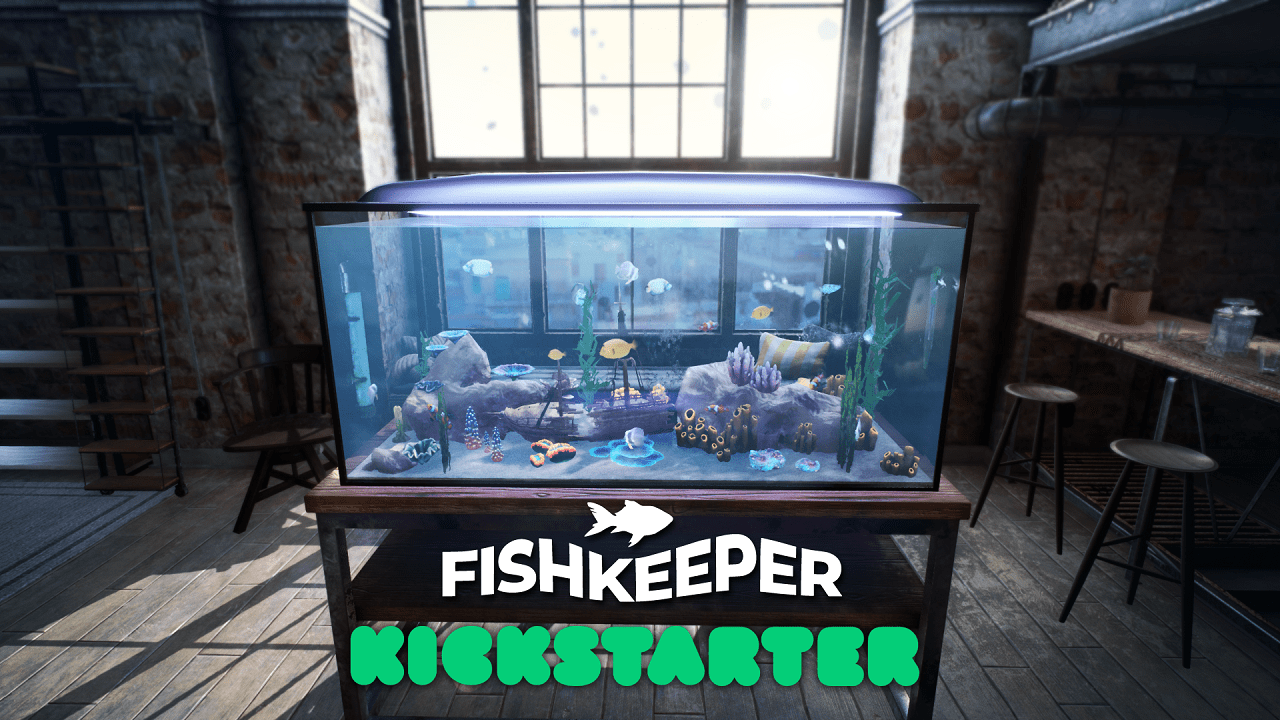 Fishkeeper is the newly announced game from the Blinkclick Games studio from Poland. It can be referred to as “Sims in an aquarium” or “Underwater Tamagotchi”. The announced title will be a unique mix of economic strategy and aquarium simulator in full 3D.

In the game, we will play the role of a hobbyist looking after an aquarium: we will buy our own tank, equipment and in real time we will take care of the fish, satisfying their various needs, depending on the species. As in other life simulators, we will have to ensure that the fish we care for are fed, safe, healthy, and even that they do not lack good company. There are also more complicated parameters to deal with: water pH, salinity level, temperature and tank contamination.

The future game offers a whole range of freshwater and saltwater aquarium fish, shrimps, snails, plants and corals, allowing you to fully recreate the ecosystem of an artificial reservoir. Each animal and plant species will vary not only in appearance but also in terms of the conditions of the aquarium: eating, space and the specificity of reproduction. Just as in real life, all organisms will interact with each other in a specific way and will influence their environment. The game contains recreated mechanisms that naturally occur in nature among the different species of organisms. The player’s task will be to maintain a natural balance in the tank, fostering the development of the ecosystem and preventing environmental disasters.

By caring for fish and other animals, we will achieve the gradual development of the biosystem — the organisms grow and reproduce, passing the stages of life from egg to fry to a fully developed adult. In time, we will be able to start selling fish to free up space in the aquarium and at the same time raise funds for further development. The rarest and most beautiful specimens can be sold at auction, bringing the biggest earnings.

We will be able to admire our created aquarium by cruising in a specially designed bathyscaphe — something that can be described as a water drone. You can customize your bathyscaphe by changing its appearance, color, battery capacity, speed, replacing parts and adding modules. This device will also allow us to record films, take photos, clean the aquarium and perform other tasks to help in keeping the biosystem working.
Main features of the game:
Combining an economic strategy with a simulator: meet the needs of fish and observe their lives in real time, while ensuring good breeding results;
A wide variety of freshwater, marine, coral, shrimp, snails and other aquatic species are available;
Customize the aquarium equipment, shape, size and appearance of tanks;
Buy various animal and plant species, sell bred fish in the store and, exceptionally, fine and rare specimens at an auction;
Watch the views from the bathyscaphe cabin as you control it inside the aquarium; you can also use it to clean the tank from the inside;
Decorate your aquarium with lots of decorations, corals, posters etc.

The creators of Fishkeeper announce its PC premiere for the last quarter of 2021. Later console ports are also planned. In the meantime, you can add a game to the Steam Wishlist, which the creators kindly request.