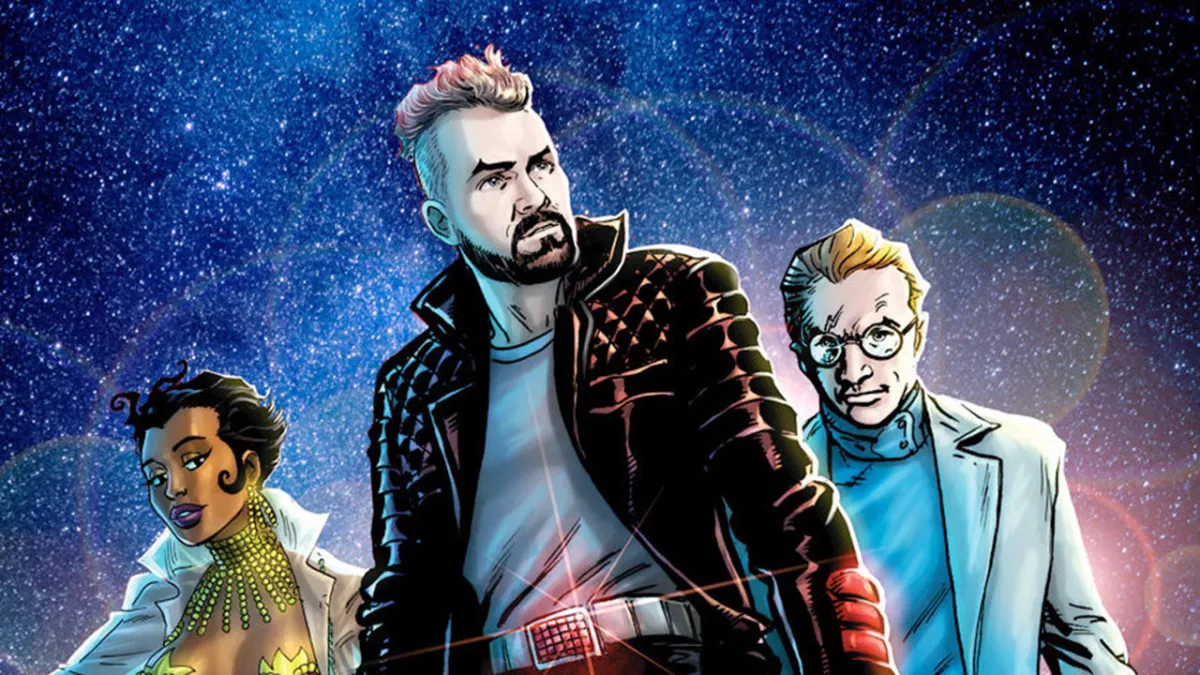 The creators of the popular Croix-Noire comic books have announced the re-launch of ACE HANSEL JR Cyborg Attack – the official video game based on the series. The major update to the game, built by metaverse creator studio Dubit, coincides with the release of the hotly anticipated Songs From Croix-Noire album.

Croix-Noire is the brainchild of music legend Mike Batt and Jean-Charles Capelli, an entrepreneur by day and singer-songwriter by night. The comic books are brought to life by the artwork of legendary Marvel/DC comic artist Mike Collins (Superman, Spiderman, Star Trek, Doctor Who), and the storytelling of EMMY-winning writer and novelist David Quantick (Book of Love, Veep). Since the first monthly issue of the 7-part epic was released in April 2022, Croix-Noire’s main protagonists – dubious superhero ACE HANSEL JR and grizzled sidekick Colonel Talbot – have swiftly built a cult following.

Now, fans can explore the Croix-Noire neighbourhood themselves in Dubit’s Roblox game, which faithfully recreates its seedy surroundings. Players drop into a chaotic world, and use a range of lethal weapons and emotional gadgetry to defend themselves and the streets of Croix-Noire from the ever-present threat of cyborg attack. As a creator of metaverse games, experiences and events, Dubit already has an extensive track record of working with leading IP such as Nickelodeon’s SpongeBob SquarePants, as well as music artists such as Charli XCX, whose recent performance in Roblox was nominated for an MTV VMA award.

The game’s re-launch coincides with the release of Songs From Croix-Noire, a full-length album by ACE HANSEL JR (voiced by Jean-Charles Capelli). The album is the perfect accompaniment to the Roblox action and comic book series, creating a truly immersive cross-media experience, and is available on vinyl, CD, cassette and digital.

Jean-Charles Capelli said:”Everyone has a place they return to in their dreams. It might be real or imaginary. It might be a mixture of the two. You might spend the rest of your life trying to work out why you keep going back there. For me, Croix-Noire is that place. Join me as ACE HANSEL JR in the Cyborg Attack game, but watch your back, as this kaleidoscopic world will suck you in and spit you back out!”

Mike Batt said:“Croix-Noire is a world that merges fantasy and reality. We’re very proud of this album as a standalone music experience. It’s not a soundtrack album. Combined with the comic book series album and now newly upgraded Roblox game, the sheer depth of immersion available for fans of the project is unparalleled.”