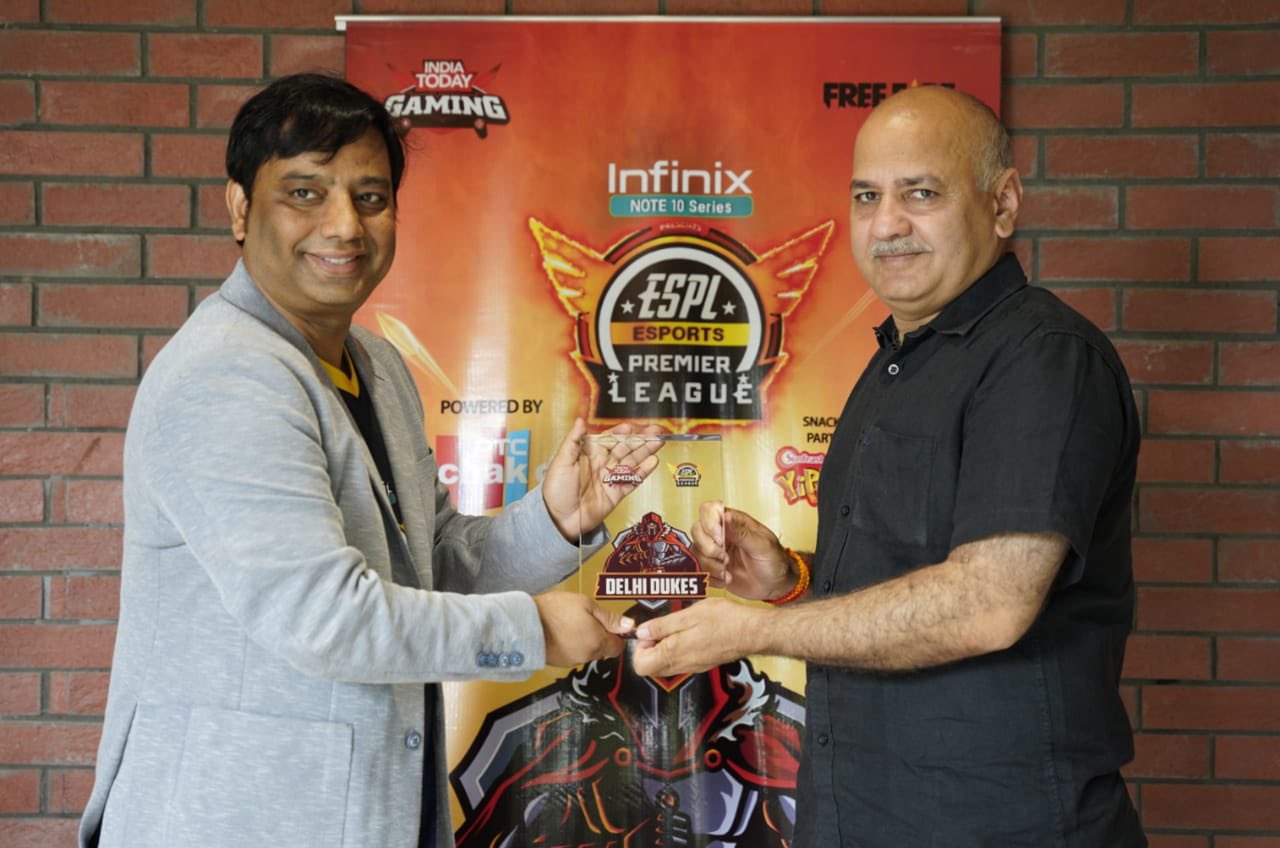 Sisodia also launched the official jersey of the team, which will be representing the national capital in the country’s first-ever franchise-based Esports league.

“I congratulate India Today Group for their efforts to grow Esports in the country. I hope the Delhi team win the tournament,” Deputy CM Sisodia tweeted after the launch.

Apart from Delhi and Hyderabad, an eight-team league will see other teams representing Mumbai, Chennai, Kolkata, Bengaluru and states Punjab and Rajasthan competing in the final stage of the event.

“It’s an honour for us to reveal the team’s name and official jersey by the state’s Deputy Chief Minister Mr Manish Sisodia. Delhi’s fans have now got a chance to stand by the team through their journey and cheer for them, so it is imperative for us to make them feel special. It’s also a very proud moment for all of us at ESPL to see the logo of the first franchise-based Esports league on the arm. We cannot wait for the final phase of the league where all eight state teams will battle it out to get the crown. I wish the team all the very best,” said Vishwalok Nath, Director of ESPL, who was also present during the launch in a closed event at the Delhi Chief Minister’s Residence.