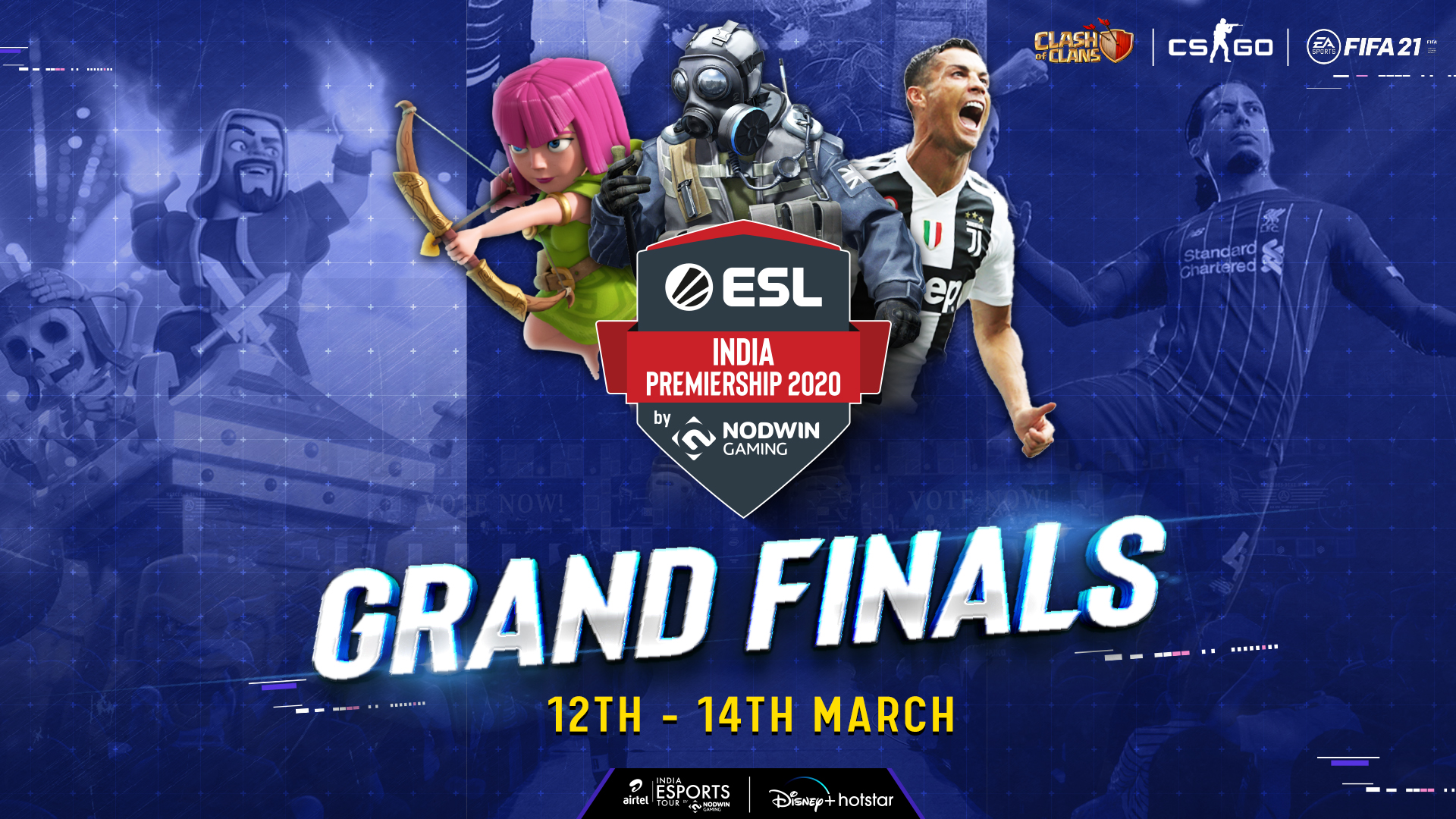 The fifth edition of NODWIN Gaming’s front-running event, ESL India Premiership nears an exciting finish as the Grand Finale of the Winter Season approaches. The Winter Season of the Premiership that went live on January 2021 is in its last leg. The grand finale of the exciting tournament will be streamed live on Disney+Hotstar from March 12 -14, 2021, where fans can watch their favourite esports players battle it out for the big win. The winner/winning team will take home a huge share from the prize pool of INR 18.5 Lakhs.

ESL India Premiership is the country’s longest-running esports league that is loved by esports fans across the sub-continent. In comparison to 2019, the Premiership 2020 witnessed an 85% increase in registrations and 325% in watch time and the fan following only seems to have increased! Armed with tactical skills, split-second precision, and seamless coordination, participating gamers have made this one of the most exciting seasons so far for the participants as well as the audience.

Here is a quick look at all those who have made it to the finals:

The Top 4 teams from the Masters League that advanced to the grand finals are Blaze Esports, Wicked Gaming, 2ez Gaming, Headshot Esports

The Top 4 clans from the Masters League that raced up to the grand finals are S8UL, Marcos Gaming, Indian Clashers, The Beast

“We have some of the best players in India and it’s time to take notice. The winter season of the ESL Premiership brings the 5th edition to a grand conclusion. We are happy that the Premiership provides a competitive platform for India’s esports players to showcase their talent. This edition was a bag of surprises right from the Summer Season with regards to viewership, participation and engagement. Carried that momentum to the Fall Season and now into the Winter Season. Hope everyone had a great experience this time. Congratulations to all the finalists. We’ll be back with more in 2021!”, said Akshat Rathee, Co-Founder and MD, NODWIN Gaming.