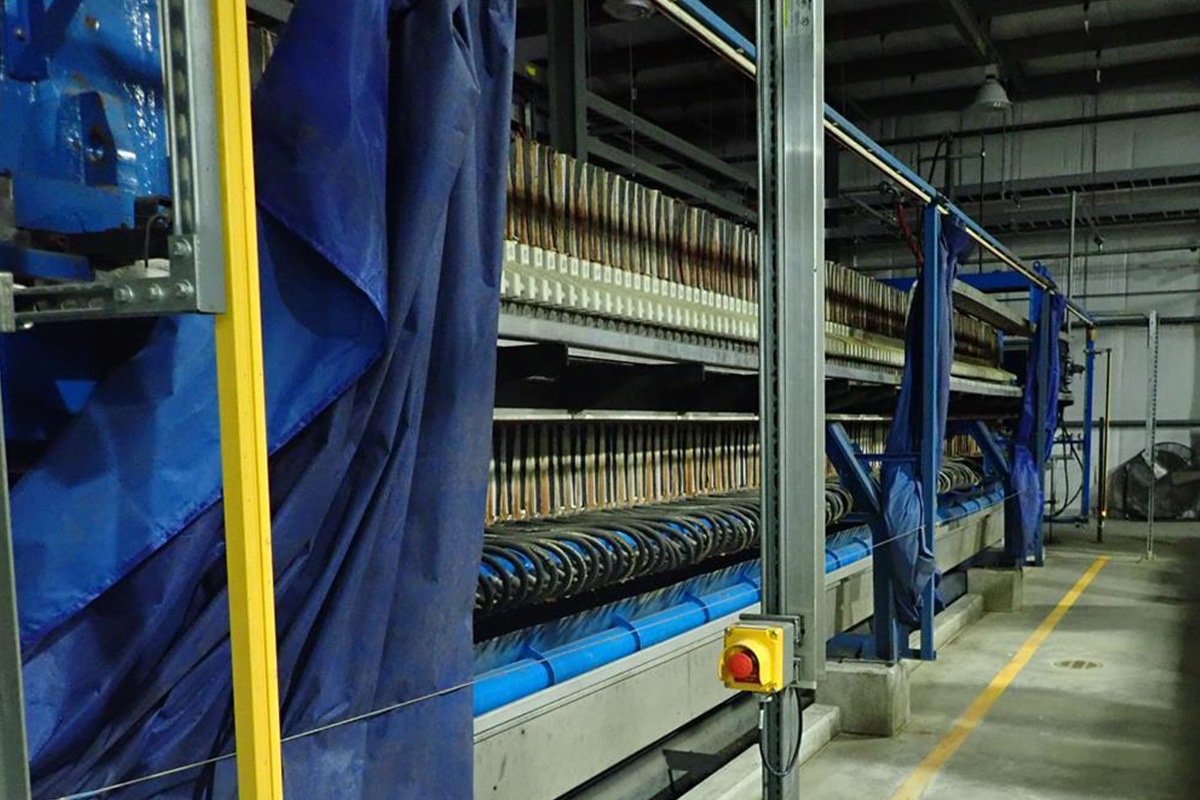 The primary purpose for the establishment of the precision manufacturing department of the Group is to proactively respond to the national policy on the digitalization of industrial manufacturing, namely the “Industry 4.0” Program, by utilizing the advantage of intelligent control and big data, taking intelligent manufacturing as the core to develop advanced pulp and paper-making equipment with electromechanical integration technology, and replacing imported products with our self-developed products.

After the efforts made over the past year, the value of the department’s newly signed contracts increased by approximately RMB15.6 million from approximately RMB1.7 million for the six months ended 31 December 2019 to approximately RMB17.3 million for the six months ended 31 December 2020, and the growth rate was encouraging. Its core products, being conical refiners and pulpers with high efficiency and low energy consumption, combine the technological characteristics of high integration, high efficiency, intelligence, and low consumption in one. Such products have been highly recognized in the product market, with rapidly increasing market shares, which further solidified the leading position of our Group in the domestic paper-making industry in terms of intelligent manufacturing. The Group is currently developing products related to pulp and paper-making equipment, such as series of products (including paper-cutting machines with high speed and high-precision synchronization) that are in great demand in the market, and expects to launch such products on the market in the first half of 2021. The products mainly focus on the post-processing procedure of various paper types, such as printing and writing paper and duplex board.

R&D Capabilities were Recognized at the Provincial Level

As at 31 December 2020, most of the Group’s turnkey projects in Vietnam have been completed and are expected to duly commence in the second quarter of 2021. The overseas projects supplied by the Group commenced, which will definitely provide more references to promote China’s equipment manufacturing industry abroad and participate in international competitions.

Looking ahead, Mr. Zhu Gen Rong, the chairman of Huazhang Technology Holding Limited, said, “2021 represents the first year of China’s 14th Five-Year Plan when the paper manufacturing industry will also present new layouts and characteristics, including equipment with better energy conservation and higher efficiency, green and sustainable development, etc. Adhering to the principles of ‘Integrating Together, Creating Together, Benefiting Together’, the Group will ride on the wind and waves and forge ahead on the way of innovation while making more efforts in scientific research to catch up with the future development of the industry and creating more values for shareholders.”