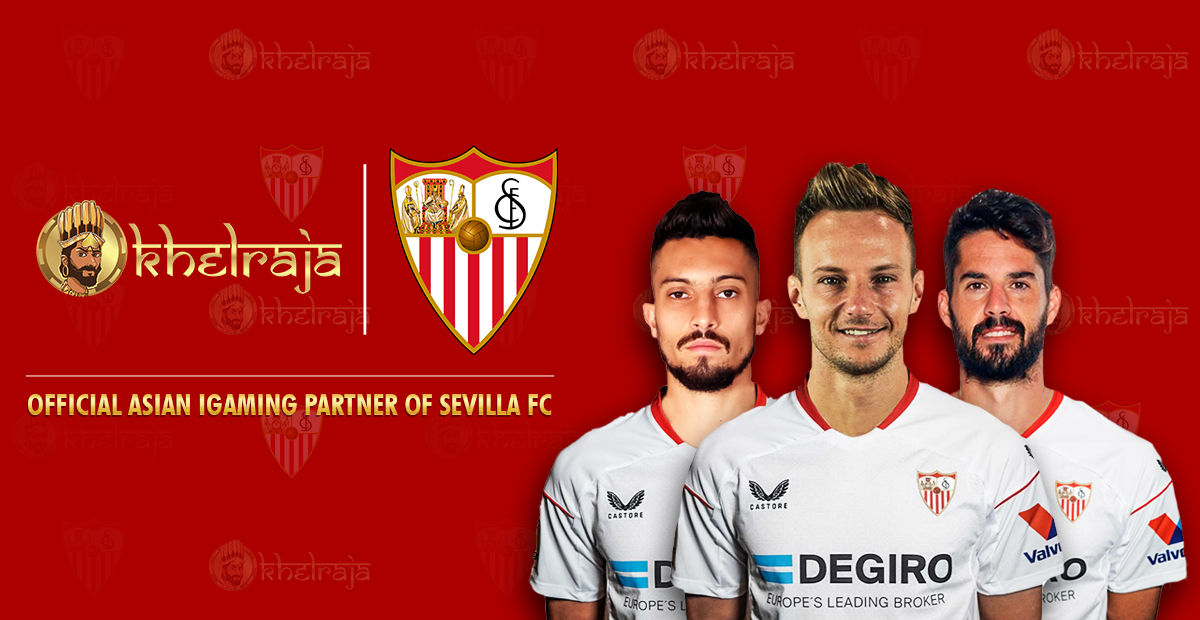 Highlighting its commitment to the most comprehensive iGaming experience, Khelraja, Asia’s renowned real-money gaming brand that offers sports betting, casino and esports among other categories, has recently partnered with La Liga giant Sevilla FC as its Official Asian iGaming Partner. Through the association, which will run until June 30, 2024, Khelraja will provide its users the opportunity to engage with all La Liga and Copa del Rey matches featuring Sevilla FC and win exciting rewards.

Speaking on the announcement, José Castro, Sevilla FC President, said,: “We are very pleased to have signed this agreement which will allow us to continue growing in our process of internationalising our brand, both globally and in Southeast Asia, a market that we consider strategic in our expansion process. Sevilla is going to become an ambassador of LaLiga with this sponsorship agreement and we are undoubtedly taking an important step in this region.”

The Spanish First Division, popularly known as La Liga, is one of the world’s most popular football leagues and has, over the last two decades, featured global superstars such as Lionel Messi, Cristiano Ronaldo, Zinedine Zidane, Ronaldinho, and Zlatan Ibrahimovic. The competition’s high-octane action, skill, and tactical excellence have found favour with the Indian sports fans, who zealously follow top Spanish clubs during live matches, as well as in news and online discussion forums. The partnership between Sevilla and Khelraja provides these fans with a unique opportunity to further elevate their engagement and experience the most rewarding sports immersion.

Viren Modi, CEO – Khelraja, added, “The passion for football in India is on the rise, as can be seen in the growing popularity of overseas football leagues. Partnering with Sevilla FC, one of the biggest and most illustrious clubs in Spanish football, is a moment of great pride for us. The association will provide football fans on the Khelraja platform with yet another avenue to not only engage with Sevilla FC’s games online but also win lucrative rewards while doing so. We are looking forward to the partnership and will be exploring more such engagement opportunities with other football clubs, both in India and overseas.”

One of the biggest European football clubs, Sevilla FC has a rich and illustrious history spanning more than 130 years. It is the oldest club in Spain dedicated to football and has, since its founding in 1890, won one league title, five Spanish Cups, one Spanish Super Cup, and one UEFA Super Cup. Sevilla FC also holds the distinction of winning the UEFA Europa League (previously called the UEFA Cup) a record six times, with the most recent victory coming in the 2019-20 season.