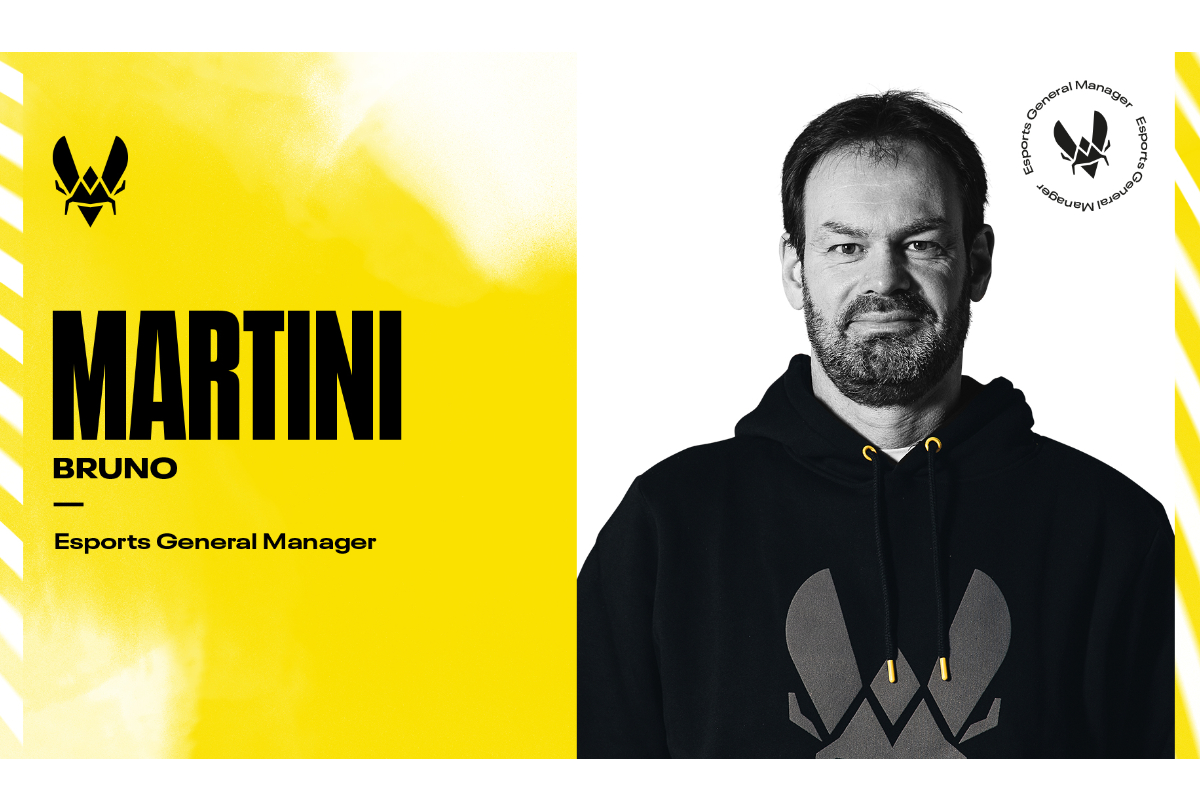 Leading global esports organisation Team Vitality is pleased to reveal Bruno Martini as its new Esports General Manager. Martini is an ex professional handball player who represented France twice in the olympics as well as winning two World Championships with the French National team. He joins Team Vitality following over eight years as General Manager of the Paris Saint-Germain (PSG) handball team. Martini’s arrival marks the further evolution of Team Vitality’s groundbreaking approach to performance, providing its players with world class personnel and facilities across Europe. The former international goalkeeper will lead the performance infrastructure across all of Team Vitality’s rosters.

Bruno Martini joins Team Vitality following a hugely successful career as General Manager of the PSG handball team, overseeing its transition from Paris Handball to becoming one of the top performing teams in Europe. Under his leadership, the PSG team has won 17 titles, and set numerous national and international records. Martini brings a wealth of experience training top traditional athletes and managing an elite sports organisation.

Team Vitality has brought Martini onboard to oversee its player performance philosophy and program, incorporating physical and mental wellness, including lifestyle factors such as sleep cycle, nutrition and stress management. Martini will be based in Paris and work across both V.Hive and V.Performance, Team Vitality’s training facility in the iconic Stade de France. He will also travel with players for major events, and spend time in Berlin working with the LEC and LFL teams.

Team Vitality is home to eight international esports teams competing at the highest level across seven of the world’s biggest games including CS:GO, League of Legends, FIFA, Rocket League and Rainbow Six: Siege. Martini’s role will be to work with all Team Vitality players, including the #1 ranked CS:GO player in the world Mathieu “ZywOo” Herbaut, leveraging his traditional sports expertise to improve player performance in and out of the game.

“There are so many important factors to performance, team spirit, fitness, mental health support, etc. and what’s essential is that our players are convinced that this will make them play better, and play better as a team,” said Bruno Martini, Esports General Manager, Team Vitality. “This is my first role in esports, and I was hugely impressed by the Team Vitality brand and the infrastructure they already have in place. I’m very excited for this new challenge of bringing my experience in building performance structures around professional sportsmen to esports players.”

“We take performance incredibly seriously at Team Vitality, of course in-game, but our players are professional competitors, and to perform at the highest possible level we need to give them every advantage, said Fabien “Neo” Devide, President & Co-Founder, Team Vitality. “I was looking for former professional sportsmen with experience in management, and I couldn’t have hoped to find someone with a resume as impressive as Bruno’s. I cannot wait to see what he brings to Team Vitality,”