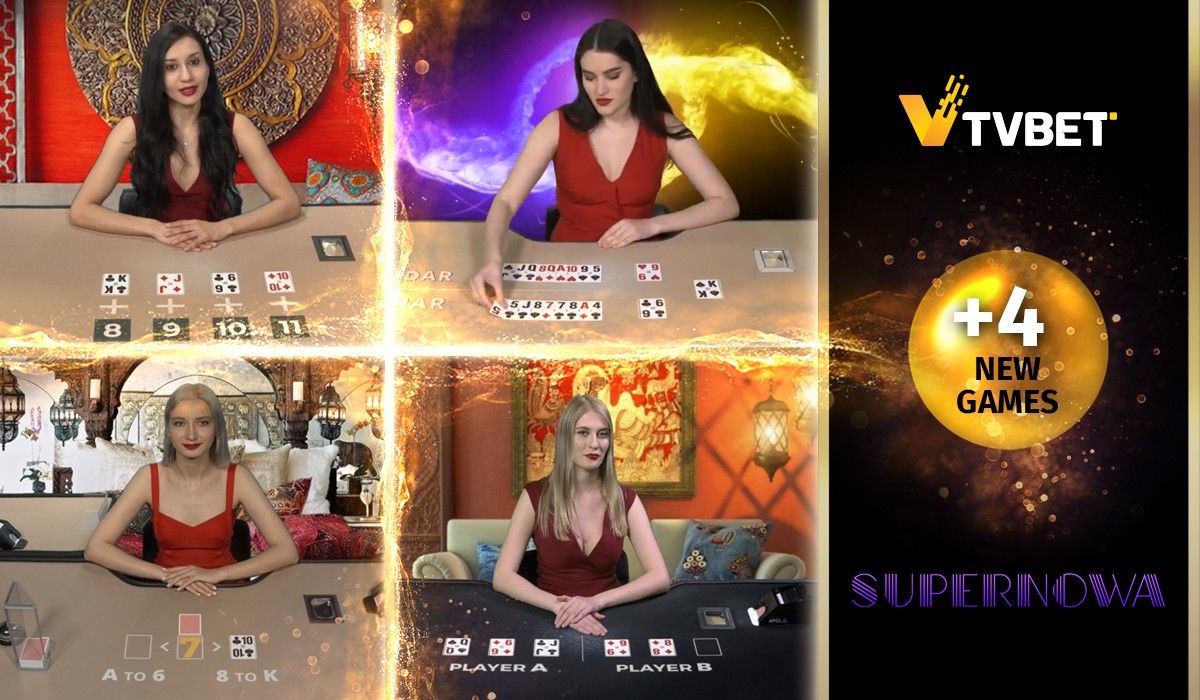 Live games provider TVBET has announced the launch of 4 new games for the Asian market! The company recently integrated four brand new games to the site of their local partner Supernowa. The exciting new titles are Andar Bahar, Teen Patti, 32 Cards and 7Up 7Down. These fantastic new games promise to be engaging and interesting for bettors not only in Asia, but all over the world.

B2B provider TVBET recently created a suite of games especially for the Asian gaming market. These titles were created specifically at the request of TVBET’s Asian partner Supernowa and now, the exciting new games are finally available on the operator’s website. The mechanics of the games are already familiar to the Asian market and it will not be difficult to understand the rules.

TVBET takes a strategic approach to game development and analyzes what will be interesting for players in a particular region. However, the simplicity and novelty of new games will also appeal to a global audience, ensuring that they will be popular all over the world. The list of new products by TVBET includes the following games:

● Andar Bahar — a simple game with two special sections, ANDAR and BAHAR. First, the presenter draws a single card – the Joker – and places it in a specially designated space. She then draws additional cards one by one, placing them alternately into the ANDAR and BAHAR sections. The goal of the game is to find a card of the same value as the joker.

● Teen Patti — this is played between two conditional players. After shuffling the deck, the presenter alternately deals three cards for each player. The object of the game is simply to collect a stronger hand than the opponent.

● 32 Cards — this game is played with a non-standard deck of 32 cards – there are no cards from Ace to five. The game is played between four conditional players (Player 8, Player 9, Player 10, Player 11). The player’s number refers to that player’s individual starting point. After the shuffle, the presenter deals one card to each player. The value of this card is added to the initial number of points (8, 9, 10 or 11). The player who collects the most points wins.

● 7UP 7DOWN — this game uses eight 52-card decks at the same time. The presenter carefully shuffles these eight decks together, after which they are placed in a shoe. The presenter then begins to draw cards. The aim is to guess which card will be drawn. Will it be a card with a value greater than seven, below seven or the seven card itself?

Partners can already check out these fantastic new games on Supernowa’s website. TVBET will provide more information on further new games soon. This partnership represents a big step for the provider, in terms of increasing its global reach and developing entertaining new products for particular markets. All four games promise to be successful and exciting, which will allow TVBET to strengthen its position in the igaming space.