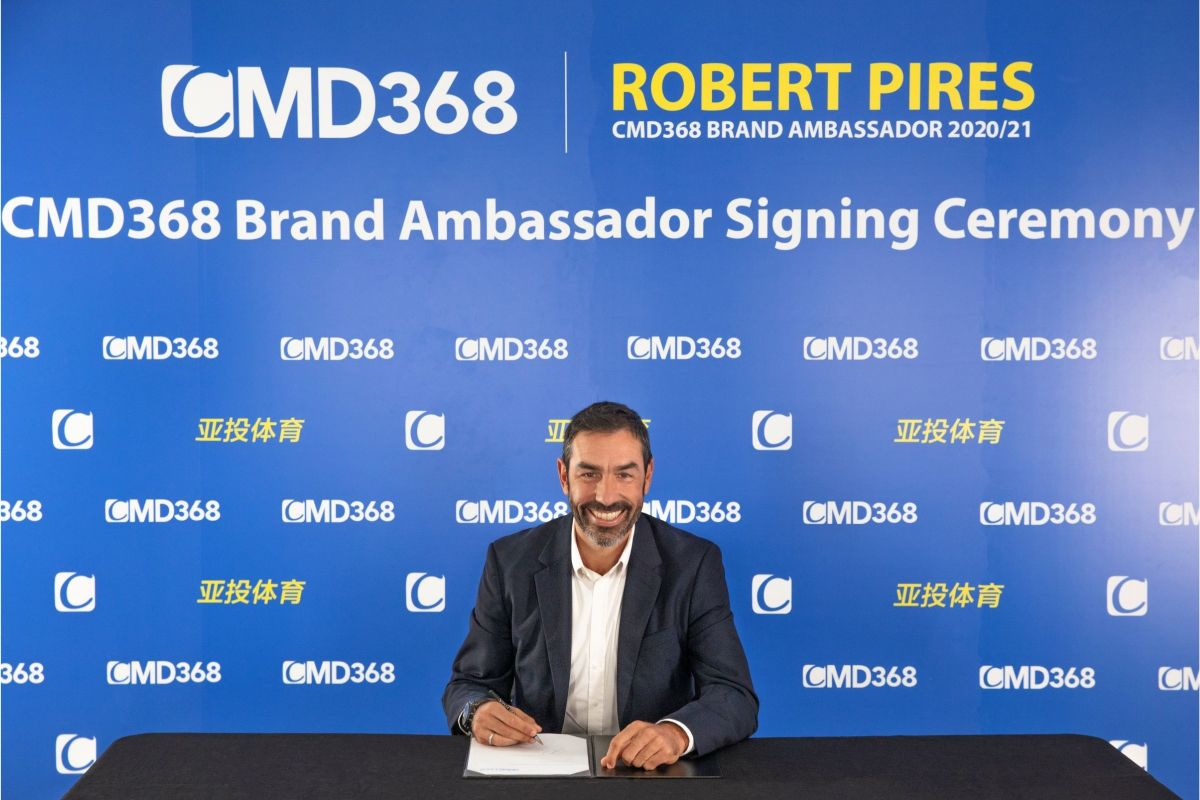 The legendary French forward will collaborate with CMD368 to promote the brand across Asia ahead of the upcoming UEFA Euro 2020 competition and conduct various digital marketing activations to further boost the brand’s awareness across the region.

Voted as one of the greatest players to suit up for Arsenal FC, Robert Pires gained prominence attributable to his exquisite touch and silky finish. He was part of the ‘Invincibles’ squad that went unbeaten for the entire 2003-04 season and played crucial roles in winning the Premier League title that season.

Robert Pires said: “I am proud to represent CMD368 as the brand ambassador and I look forward to working with the brand closely to produce entertaining content and rewarding experience for the users.”

As part of the partnership, the ex-Arsenal winger will play a pivotal role in the brand’s marketing campaigns including a promotion trip to Asia to connect with the fans.

James, CMD368 marketing director commented: “The CMD368 brand represents innovation, integrity and excellence. These very same qualities are epitomized by Robert Pires, whose qualities, depth of skills as well as versatility as a professional footballer have made him a much loved and respected figure today. We are indeed very proud and privileged to have him as our Brand Ambassador.”