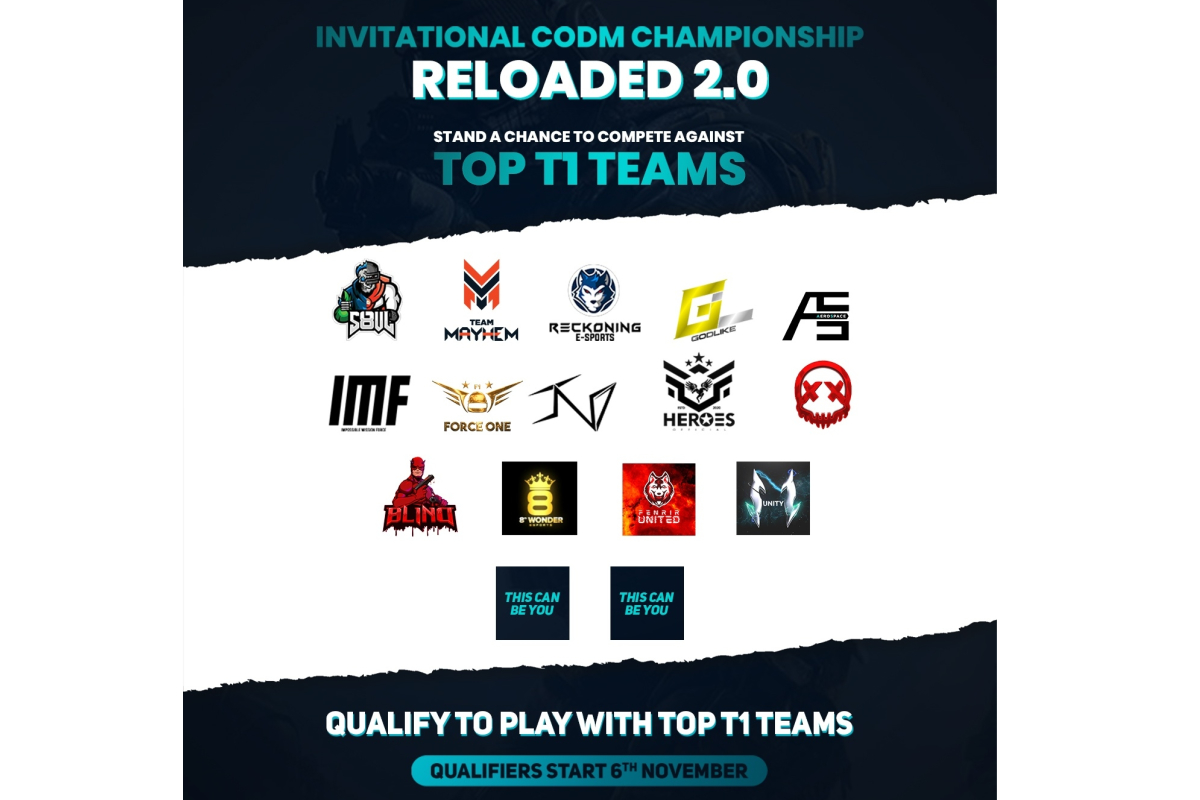 After the successful conclusion of the inaugural season of IGL Invitational Championship, Indian Gaming League(IGL), the fastest growing Esports platform is proud to announce the IGL Invitational Championship Reloaded 2.0. The upcoming Call of Duty Mobile Multiplayer Tournament will be a 16-team tournament wherein the top 13 teams of India have been invited by IGL including the newly crowned regional world champions, Team Mayhem.

Along with the top 13 T1 teams, three more teams will stand a chance to get an invite for the tournament. The selection of these teams is strictly based on their performance in the upcoming Qualifiers or in the events hosted during the past month on IGL.

Both the tournaments will be streamed on IGL’s official YouTube Channel: IGL- Indian Gaming League. Highlights of the tournament can be viewed on IGLTV. The registration for the qualifiers has now started on IGL. To participate, register at www.iglnetwork.com or download our app on your android or iOS devices