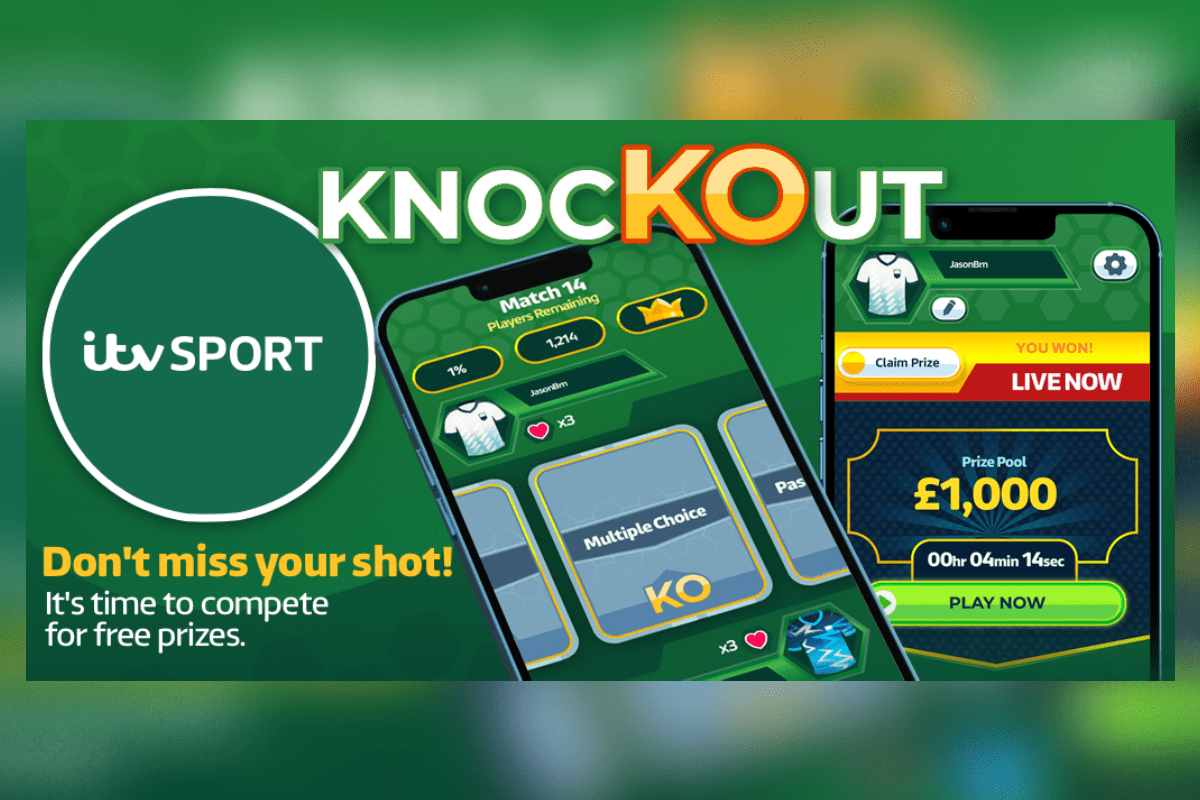 The innovative new app will host live trivia games alongside the World Cup, giving KnockOut players the chance to become champions themselves. KnockOut is available to download in App Stores now, with the first game on ITV (Senegal v Netherlands) taking place today, [Monday 21st November] and the first KnockOut tournament set to start at 21:00 this evening.

KnockOut brings together the proven Live Tech Games framework of live trivia tournaments with the monumental thrill of ITV’s coverage of the World Cup. The ongoing partnership between  ITV and Live Tech Games continues to astound, introducing new entertainment to UK audiences, encouraging viewers to become part of the World Cup action. With a direct screen-to-screen experience, ITV viewers can test their knowledge of football themed trivia using their mobile phones. As with other Live Tech Games offerings, KnockOut is completely free to enter and play, with champions winning cash prizes.

With World Cup live games and highlights set to be broadcast on ITV with comprehensive coverage and content across its website and social media, fans can tune into multiple platforms to engage with the action. ITV’s stellar line up of presenters and pundits will offer expert insight and analysis and with the launch of KnockOut, the opportunities for viewers to engage in the adrenaline rush of the tournament are better than ever. ITV viewers can now transform into players, putting their World Cup knowledge and passion to the test with KnockOut’s trivia based around the teams and match (or two) of that very day.

Samuel Worsley, co-founder and co-CEO of Live Tech Games, said: “The FIFA World Cup is a huge TV event and we are so thrilled to continue our partnership with ITV on such a momentous occasion. The ITV team is fantastic and has incredible plans to roll out coverage across TV, socials and with the help of KnockOut, interactive mobile platforms too. We can’t wait to see football fans come together to engage in a fun and competitive game themselves.”

Enita Kang, Chief of Staff and Director of Studio 55 Ventures at ITV said:

“We’re very excited to be extending our coverage of the FIFA World Cup 2022 into the gaming realm with this brand new interactive product.

“We love to enhance our reach to new audiences and this exciting new form of interactive entertainment does exactly that.”

The trivia in each KnockOut game is relevant to the matches and teams of the day, with tournaments set to be hosted after the last match of the day is played. Players will go head to head in the live tournament, matched up at random, and compete to answer correctly as fast as they can. KnockOut has a number of different gameplay mechanics from multiple choice to locator, sorter and pass master and iconic sponsors that are yet to be revealed! The success of WordSurge, and now the launch of KnockOut, further Live Tech Games’ aim to create captivating, competitive mobile experiences which constantly engage customers.