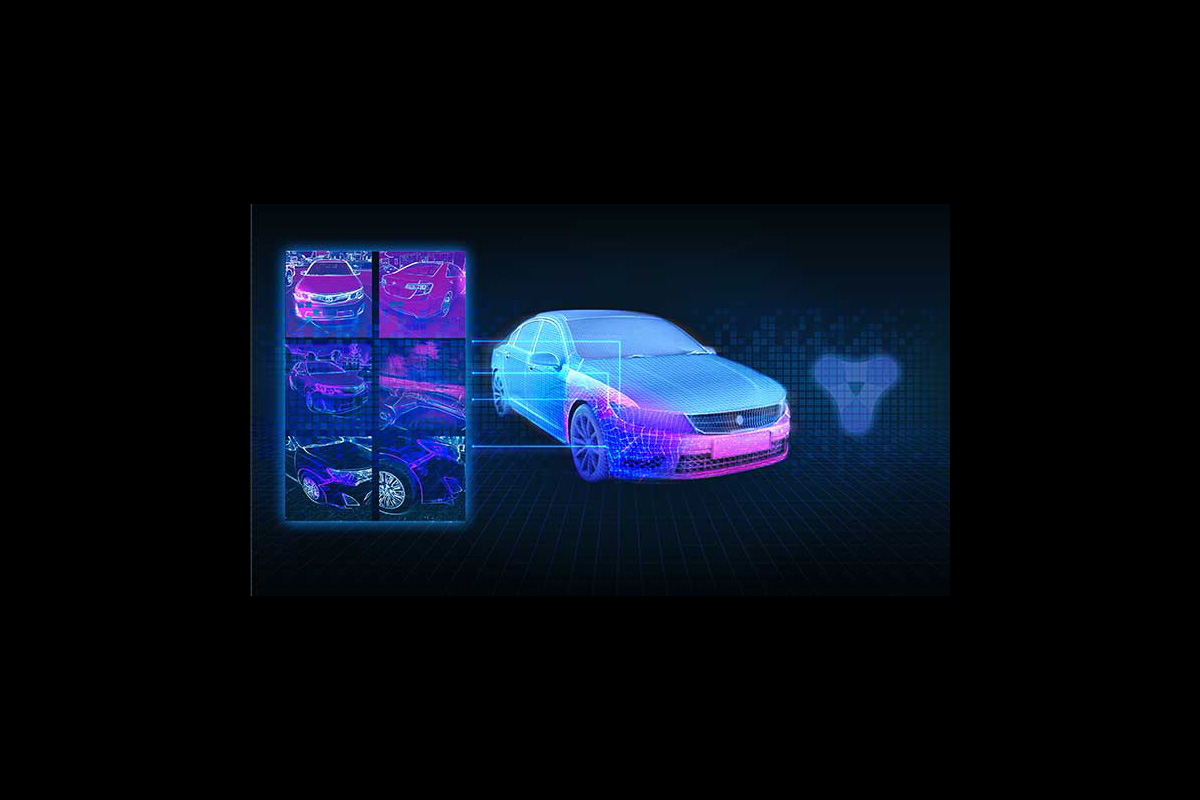 With the evolving landscape of the global automotive industry, Cango Inc. (NYSE: CANG) (“Cango” or the “Company”) is issuing a bi-monthly industry insight called “CANGO Auto View” to bring readers, drivers and passengers up to speed with what’s on offer in the automobile market, what trends are emerging, and what holes need to be plugged.

Below is an article from the Company’s 4th edition for June 2021.

From an OEM perspective, the three paths for developing intelligent connected vehicles (ICVs) are the product development path focusing on autonomous driving technology, the connectivity service development path that supports rapid product improvement, and the intelligent cockpit path prioritizing user thinking. As intelligence and connectivity development of automobiles is highly technical in nature, aside from automakers, it has also attracted the participation of technology giants such as Google, Apple, Alibaba, Tencent, Baidu and Huawei.

EV manufacturer Tesla appears to be a pioneer in ADAS and autonomous driving. Elon Musk said in 2015 that the technology behind a fully autonomous vehicle only takes “two to three years” to develop, and “one to five more years” to obtain approval from regulatory authorities; in October 2015, Tesla launched the “Autopilot” software, which can be installed on compatible Model S, enabling automatic steering, lane change and parking functionalities.

Before this, technology company Google’s autonomous vehicle fleet had already been granted autonomous driving test licenses. On May 8, 2012, the Nevada Department of Motor Vehicles issued the first ever self-driving car license to Google’s self-driving car, which was a modified version of Toyota Prius hybrid.

Teaming up with tech companies and component companies has also become a popular strategy adopted by mainstream auto manufacturers in developing auto intelligence and connectivity. BMW formed an alliance with Intel and Mobileye to build a platform based on open standards, so as to launch its self-driving cars to the market. In 2021, BMW plans to complete the development and application of L3 (conditional autonomous driving) to L4 (highly autonomous driving). A representative mass-produced model is BMW iNEXT, will also be equipped with full connectivity that supports 5G and the 5th. generation BMW eDrive technology.

Bosch, one of the world’s largest automotive suppliers, has more than 2,000 engineers working in the research and development of assisted driving systems. The company also cooperates with GPS manufacturer TomTom to provide surveying and mapping data. In April 2017, Bosch and Mercedes announced the joint development of L4 (high automation) and L5 (full automation) cars. Mercedes can exclusively use the jointly developed system for two years before it can be supplied to other car-making competitors.

In April, Huawei published a video of autonomous driving on public roads. The HI version of the BAIC BJEV Arcfox α-S using Huawei’s intelligent automotive solutions started public driving test in Shanghai, which was also the test debut of Huawei’s autonomous driving technology. According to Wang Jun, President of Huawei’s Smart Car Solution Business Unit, Huawei will invest over USD1 billion this year in the research and development of smart cars in 2021, with the R&D team expanded to over 5,000 staff members, of which more than 2,000 will be devoted to autonomous driving.

Also, it is worth mentioning that autonomous driving is also among the key investment directions of ride-hailing companies. In March 2017, Didi Chuxing opened its own AI laboratory in the heart of Silicon Valley, starting a business unit to drive research and development of its intelligent driving system and AI-based road safety system. In February 2018, Didi Chuxing showcased a working self-driving car for the first time, claiming to have developed software for the car and worked with various car manufacturers and suppliers in hardware.

In terms of Internet of Vehicles (IoV), General Motors is undoubtedly one of the first mainstream car manufacturers to have made early investments. GM launched OnStar on three Cadillac luxury models as early as November 1996. In December 2009, Shanghai GM launched the OnStar service – first in Cadillac, and now expanded to Buick and Chevrolet.

In 2009, Toyota embedded the G-BOOK co-driver intelligent communication system in its luxury vehicle division Lexus and brought it to the Chinese market. Before that, Ford released the SYNC in-vehicle communications and infotainment system at the North American International Auto Show in 2007.

In April 2021, SAIC-GM showcased its new pure electric platform Ultium, a new generation of Vehicle Intelligent Platform (VIP) intelligent electronic architecture, and the continuously iterating and evolving Super Cruise super-intelligent driving system. By 2025, SAIC-GM will have launched more than 10 domestic NEVs based on the Ultium platform, covering its three major brands of Buick, Chevrolet and Cadillac.

Over the next 5 years, the Super Cruise super-intelligent driving system will cover most of the Cadillac models, and will gradually be applied to future new models of Buick and Chevrolet; the intelligent lane-center cruise function will be applied to more than 80% of the models by all three brands, and all of the Ultium platform models.

Circling back to Volkswagen, in 2020, the company began to cooperate with Deutsche Telekom in data communication services. Volkswagen is also talking to other network operators to help users add a network data service item when using the new technology. The second generation of Volkswagen’s Car-Net connected car services as rolled out in collaboration with ride-hailing companies to provide car owners with point-to-point shared mobility services, which is also part of VW’s future plan.

In the Internet era, future generation of automobiles will establish vehicle-to-vehicle communications, effectively eliminating car collisions. The development of ICVs will also enable communications and connections between cars and people, cars and roads, cars themselves, and cars and the outside world, so as to achieve intelligent dynamic information services, intelligent vehicle control and intelligent traffic management. It will also involve voice interaction solutions, traffic data collection, traffic resource allocation modes, big data and cloud computing solutions, and even updates and compatibility with service providers such as shops, parking lots, and transportation hubs. The time has come for “software-defined vehicles.”

Chinese companies are also accelerating the roll-out of future-facing products and businesses, promoting innovation in automotive products, technologies and services.

The world’s major car companies are all embracing the four new trends of electrification, intelligence, connectivity, and shared mobility now, and before we know it, the new age of automobiles will be upon us. 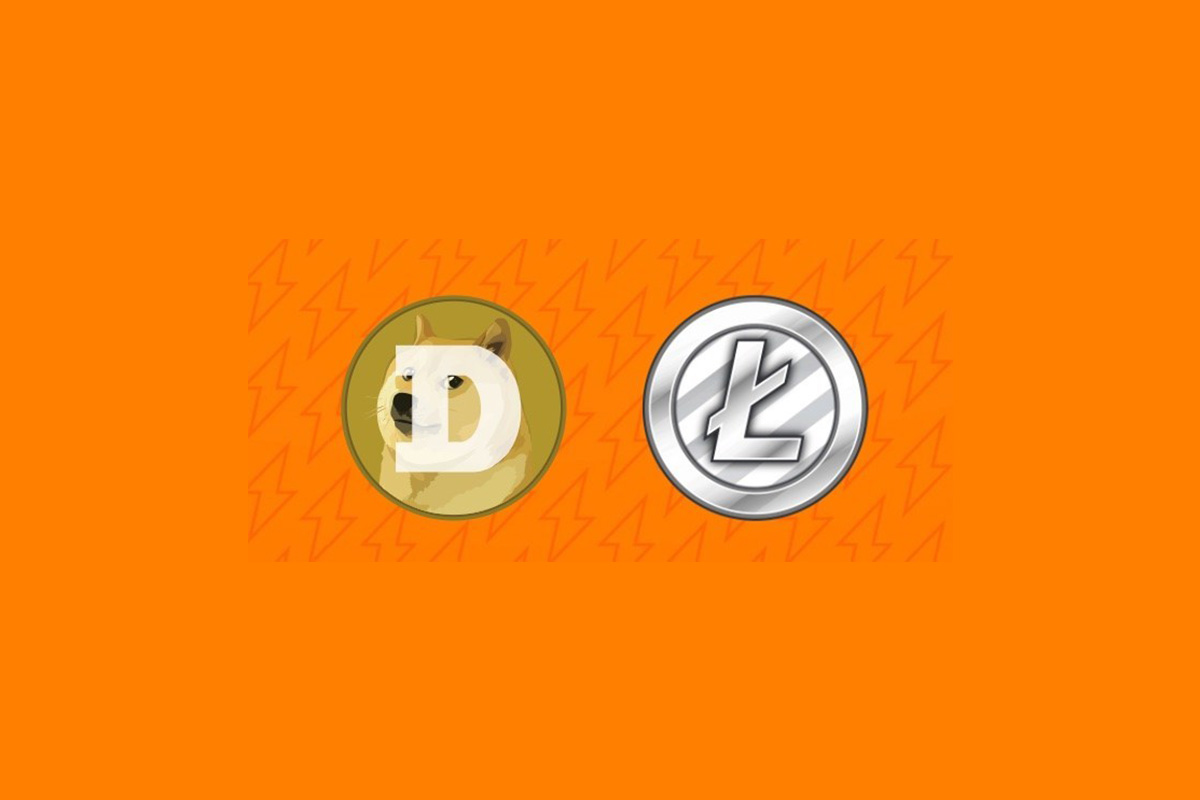 Cloudbet has introduced Dogecoin and Litecoin on its site after the two coins drew the most votes in a recent survey of almost 10,000 customers about which new currencies to add.

“The people have spoken,” Cloudbet spokesperson Camilla Wright saaid. “We will only add currencies that our customers hold and use: That’s been the central part of our integration philosophy since we opened for business. More new coins are coming soon.”

First-time players seeking the most engaging experience in Dogecoin and Litecoin betting are eligible for a “much generous” welcome bonus of up to 10,000 Doge or 5 LTC.

Dogecoin was started purely as joke fodder, but its 13,000% surge this year has caused crypto and mainstream audiences alike to sit up and take notice. Its more than $80 billion market cap (as of May 5) far exceeds Ford Motor Co. and Twitter. This weekend the self-professed Dogefather, Tesla chief Elon Musk, pushes further into mainstream popular culture, when he hosts Saturday Night Live.

Litecoin meanwhile is up 150% this year. The coin, which is based on the bitcoin protocol, was designed with the aim of lower block confirmation times and fees than bitcoin.

The inclusion of Dogecoin and Litecoin on Cloudbet takes the number of cryptocurrencies supported by the operator to 12. The dozen coins collectively account for more than 80% of the total market capitalization of all cryptocurrencies.

Born in 2013 (the same year as Dogecoin), Cloudbet embraced blockchain technology to give players privacy and financial freedom like never before. Since then, the site has taken millions of bets, earning a reputation as the most trusted and secure name in the crypto-gaming space.

The operator continues to innovate, having just completed a banner year of new features and upgrades aimed at attracting a more diverse audience to what was once a bitcoin-only product. In 2020, Cloudbet launched a revamped website followed by a record six new cryptocurrencies, esports, politics betting, virtual sports, social bet sharing, and easy credit-card coin purchases.