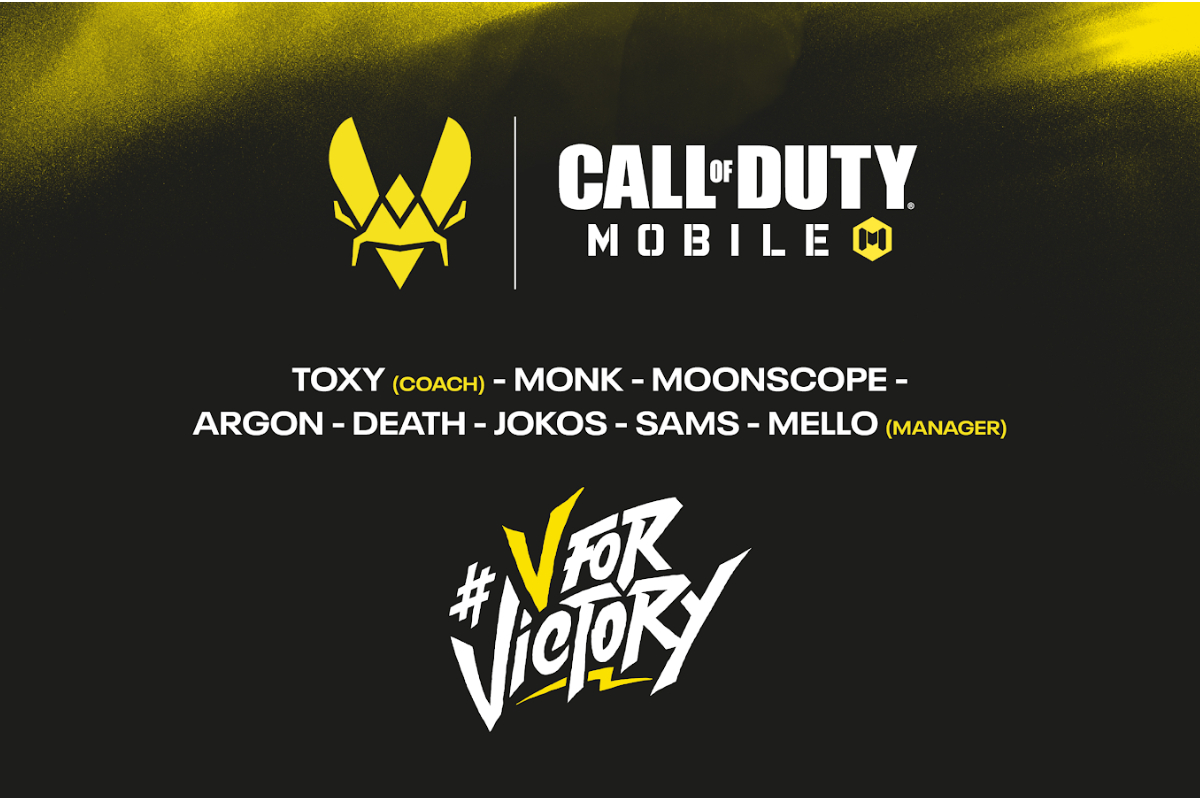 Team Vitality’s CALL OF DUTY MOBILE (CoDM) roster comprises a balanced mix of well-established esports players, as well as rising talent. Team captain and in-game-lead, MonK, is considered to be one of the best fraggers in India. Moonscope has been voted as the second-best sniper in the world and referred to as ‘the sniping king of India’. JOKOs and SAMs are the ‘infamous CoDM twins’ who achieved a ton of success over the last 4 months. JOKOs was the highest fragger in the LOCO India Cup with over 155 kills. Argon and Death have also both been dominating the Indian esports scene during the last few months.

CEO of Team Vitality, Nicolas Maurer, speaking on the occasion said, “Our aim in India was to start an esports team that would have its own unique identity while imbibing core Team Vitality values. We are very happy with the roster as they have the right skills, as well as potential to be no. 1 team, and eagerly look forward to making our mark in a brand-new category. While we will fully support them during every step of their progress, we’re sure tons of additional support for the team will come via our fans – from India and the world over. The CALL OF DUTY MOBILE team is the first step towards the expansion of our presence beyond Europe, and in line with our vision of conquering the esports world. It’s also a very nice way to resonate with the Vitality history which started with the Call of Duty franchise back in 2013.”

Also staying true to their mission of finding talent at a grassroots level, Team Vitality in parallel is planning a PAN-India Talent Hunt to find and train new talent across multiple rosters that the organisation intends to form in the country.

Amit Jain, Principal of the Rewired.gg, venture fund that has invested €34 million into Team Vitality, commented, “I’m delighted with our progress of having a team consisting of esports talent from diverse parts of the country. That said, there’s still a huge untapped base of talent who we feel deserve the chance to showcase their skills and represent Team Vitality. So while I’m personally extremely excited for the team who I’m confident will take on the world and make India proud, we will continue to explore opportunities to find aspirational talent to help create life-changing opportunities for them.”

Randall Fernandez, General Manager, Team Vitality India, added, “While there’s a lot of excitement about Team Vitality’s first all-Indian esports roster, performance wise this also translates to an incredible amount of pressure on us to be “en par” with our other teams in Europe. We in India and Paris will not compromise on any aspect in the players’ overall training, physical and mental fitness, comfort and nutrition, be their extended family and support them in every way possible. I’m confident our team will very soon become the best in India.”

Team Vitality will now officially field ten esports teams across ten titles as it fosters a culture of competitive excellence. In 2020, the organisation celebrated nine titles won and a total of 8 MVP awards across its competing games.