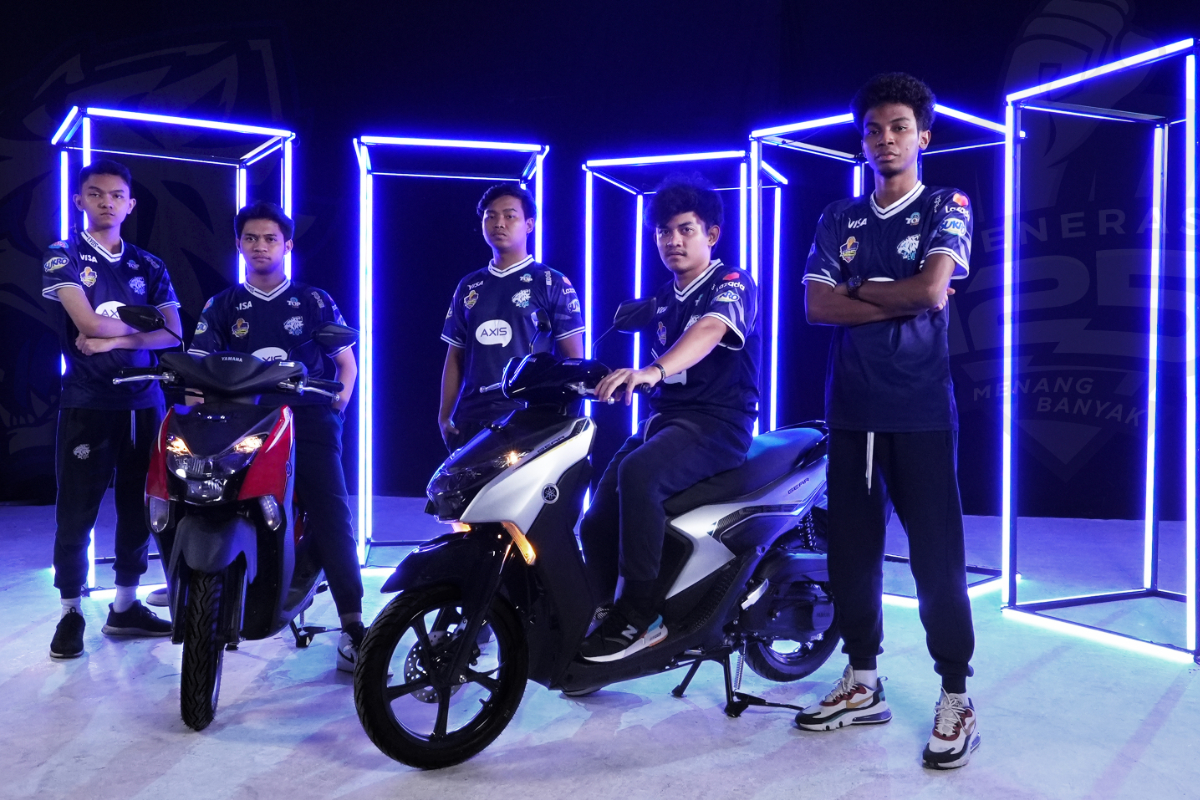 EVOS Esports, the leading esports organization in Southeast Asia, has garnered the support of Yamaha’s ‘Generation 125’ as an official sponsor. This new collaboration by Generation 125 supports the younger generation to continue developing the esports industry further in Indonesia.

Generation 125 is the nickname for Yamaha 125cc’s matic motorbike users consisting of FreeGo, Fino, X-Ride, Mio series, and the latest product named GEAR 125 adapts the character of the current generation with the design, technology, and features that are ‘Definitely Cool’, ‘Definitely Uphill’, ‘Definitely Strong’, ‘Definitely Economical’ and ‘Definitely Reliable’ which will make users ‘Win More’ because they gain more value in the same price range as a 110cc matic motorbike. This is what keeps Generation 125 ahead because they are the younger generation who are passionate, dare to bring positive changes, never give up, geared to win in everything including esports tournaments.

Generation 125 as the official sponsor for EVOS Esports, marks a breath of fresh air for the esports industry, which is getting a lot of support from various industries in developing the esports ecosystem in Indonesia.

Hartman Harris, Co-Founder and Chief Business Officer of EVOS Esports added, “We are excited to partner with Yamaha as they enter the esports industry for the first time in Southeast Asia. Through the “125 Generation Wins Many” campaign, EVOS Esports and Yamaha hope to reflect the spirit of the younger generation to be advanced and fast, especially in the esports and transportation industry.”

Generation 125 will now work together with EVOS Esports to support the ability and enthusiasm of today’s younger generation who are brave, active, smart and rational in making choices because they are always thinking ahead.