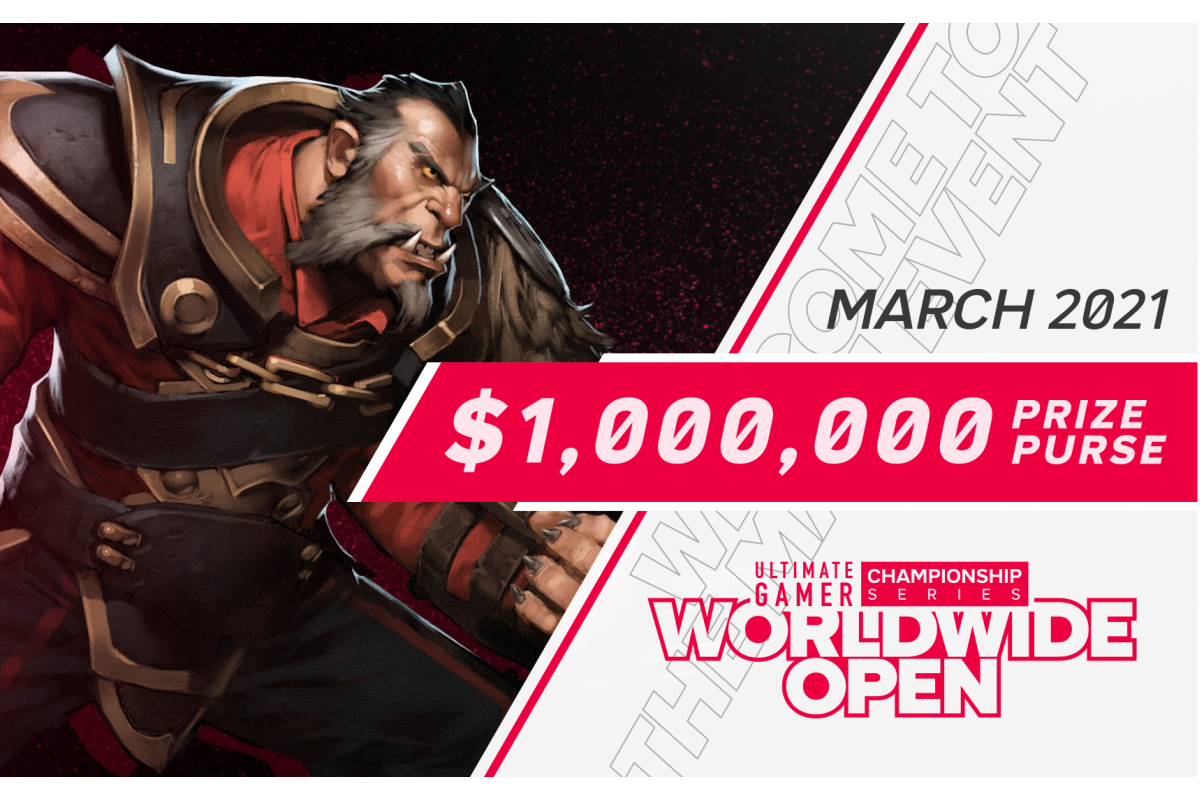 Ultimate Gamer, the world’s first and only multi-genre esports proving ground, today announced the launch of Ultimate Gamer Worldwide Open, a free global competition to find “Best Gamer on Earth®” which officially kicks off March 1, 2021. With over two million registered users, Ultimate Gamer is on a mission to build the world’s largest community of gamers while providing a fun environment to compete with friends and family, see where one ranks in the community, and try out a title outside of one’s regular gameplay.

On March 1st, the Ultimate Gamer Worldwide Open will begin bringing gamers from around the globe together to compete over the course of several months and culminates with the “Best Gamer on Earth®” final event in Fall of 2021. To win a share of the $1,000,000 cash prize purse, two hundred of the best gamers from the Ultimate Gamer Worldwide Open will have to compete in at least six different games across five genres that could include League of Legends, Rainbow Six Siege, Call Of Duty Warzone, Madden 21, Fortnite, NBA 2K21, VALORANT, Tekken, two yet to be announced titles, and one wildcard challenge. Each player’s ranking in each game will be added together and then divided by the total number of games to calculate the final score. All two hundred players will walk away with a portion of the prize pool, with the winner taking home $300,000 and the runner-up winning $150,000.

“At Ultimate Gamer, it’s our mission to give everyday gamers who are normally not supported a place to test their skills in a variety of titles, play against gamers from all over the world, and celebrate gaming on the largest scale possible. I’m proud to be building one of the world’s largest and most inclusive gaming communities, completely agnostic of whether you play on PC, console, or mobile, or whether you like sports, MOBA, Fighting, or FPS games. If you want to find like-minded people, or just want to play for the love of gaming, Ultimate Gamer is where you need to be,” commented Steve Suarez, Ultimate Gamer CEO.

Prior to the Ultimate Gamer Worldwide Open, all gamers will have the opportunity to compete in the Ultimate Gamer Champion Series. Starting February 20th, the first challenge will feature COD Warzone with master content creator, Hollywood TW joining the competition. For a $10 entry fee, registered players will compete for a $5K prize pool and the opportunity to get seeded into Phase II of the Worldwide competition to find the Best Gamer on Earth. Registration will open soon. Please visit Ultimate Gamer’s website for more information on how to get involved.